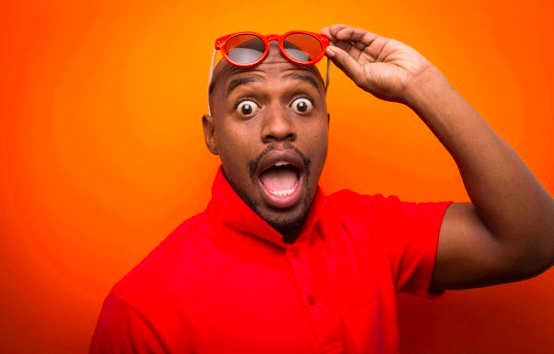 30 Jan SA Advertising’s Golden Boy, Melusi Mhlungu Opens Up About Leaving Ogilvy to Create Super Bowl Ads in the US

When I joined Ogilvy in 2018, I would constantly hear about a guy named ‘Melusi’ – an immensely talented Soweto born copywriter who got offered a job at David in Miami. I would hear about this guy in meetings, during team status, at lunch, and even at bar night. Melusi was the blueprint of success for many black copywriters and art directors. On days when I felt like advertising was taking more than what I was willing to give, I would ruminate about his success story and give it my all! Because I too wanted to be the writer who went to Cannes, created dope work and lived large overseas. I was inspired by his story and lived vicariously through him.

Fast forward to January 2020, I am chilling alone in my apartment and decide to log on to my personal Twitter account for the first time in a long time (read four days). I am greeted by a Budweiser TVC/video and judging by the number of retweets it had already received (over 10 million views) it was either problematic or really good. So I watch the video and learn that the TVC was co-created by thee Melusi Mhlungu for the Super bowl. Mind you, this is his second Super Bowl advert since he joined David.

Exhilarated and curious to learn more about advertising’s golden boy, I reach out to him for an interview.

The move was not only a shift physically, but mentally as well. I always knew that I had good ideas, but that’s just half of what we do. One is supposed to come up with ideas that resonate with people. So I had to learn about the culture and the kind of work that people at David were creating but still not lose who I am as a South African. Because that’s why they brought me over – to come in with a new perspective and look at the people in America from a different lens.

What has been the most challenging bit about working at David?

The reputation. Everyone knows and respects David for the work they do.

I came in as a kid from SA who had not done any work of that caliber. I hadn’t worked with big PR agencies and media before, I just came in as someone who had good ideas.

Here, you are working with the top 10 best creatives in the world. So, of course, I was intimated by them. However, that’s the same thing that made me better.

How is the advertising game abroad different from how we do things in SA?

The biggest difference is the budget and thinking. In the states, you truly see big ideas – they put a lot of money behind their work and there are more clients who are keen on taking risks. Having more money allows you to play around with ideas, which in turn gives us creative freedom. Unlike back home, we are not limited.

How did you first react when you were told that you would be working on an advert for the Super Bowl last year?

It was kind of scary because we were the only team working on it. I remember telling my art director that this is going to be ours. We never stopped believing that we already have the commercial, we brainstormed with that mentality. Overall, it was so much fun. We had creative leaders that believed in us and made the process so much better. It’s still surreal

How did you approach the challenge this year? Is there anything you did differently?

The actual working process is the same. But because the briefs were so different, we had to do things differently. There was more pressure this year because people always look forward to Budweiser adverts, it’s a big thing this side of the world, but I knew I was going to crack it. We did a good job of telling Americans what they needed to hear.

Last year was Devour, this year it was Budweiser, two briefs that need different brains.

I can only imagine the amount of pressure that comes with achieving something of this magnitude.

I have put so much pressure on myself. I always think, what if I fail? It’s hard being a creative because we are always so competitive, however, it’s time I can carry on doing what I love. I have proved that I can do it, I can hang out with some of the best creatives in the world. Now it’s time for me to have fun and enjoy creating.

Make more time for family. Spend less time proving myself, find a balance, and take care of my physical and mental health.

What advice would you give an advertising student/ aspiring copywriter with dreams of doing what you are doing?

Don’t do what I am doing. Do bigger things. I am only pushing as far as I can.

What would you say to your younger self?

I would say the same thing my late grandmother told me when I was younger, ‘The world will know your name.’