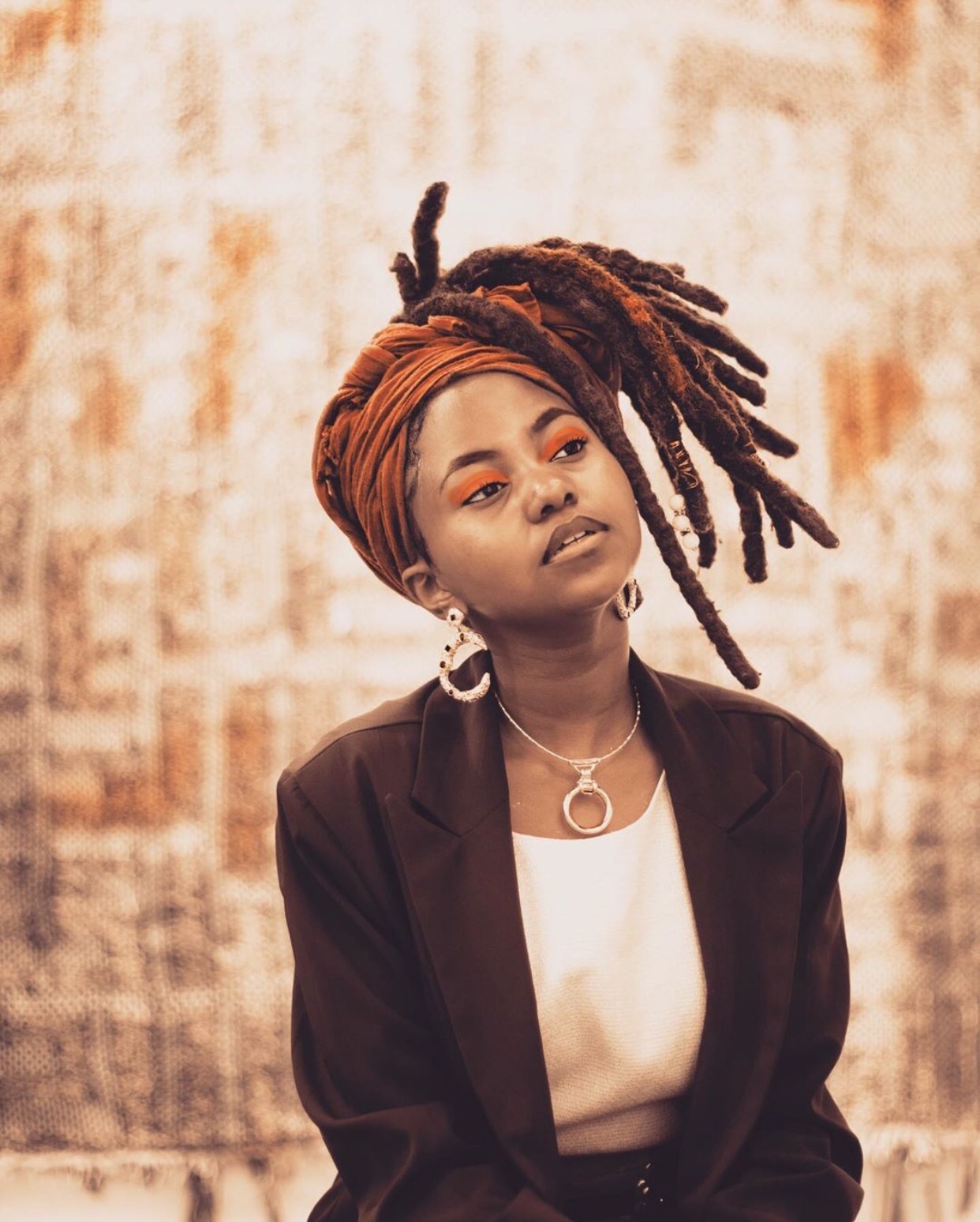 Posted at 12:59h in 10and5, Careers, Interviews, Photography by Suwi Kabwe
4 Likes

Currently based in Cape Town, Sheelongo is a Namibian-born fashion editorial photographer, creative director, and filmmaker who blends her talents and interests to tell enthralling visual stories.

Sheelongo’s creative journey began when she was a film student. Since then, she has worked on various projects as either D.O.P or creative director. She recently began to fully invest time in her craft as a contemporary visual artist and is working towards exhibiting her work at the International Women Art Exhibition 2020 in Dubai.

In addition to working her way behind the camera and contributing to the creative and fashion direction of a shoot, Sheelongo is also the founder and editor-in-chief of Waabi.Saabi, a newly found African-focused online magazine that combines fashion, film, music, and photography.

Eager to know more about her career, her journey and the inspiration behind doing what she does, I caught up with her to chat about this.

Can you tell us about your journey towards becoming a creative director, fashion director, and filmmaker? What was your inspiration behind this?

I came to SA with the hopes of pursuing a career in fashion and that didn’t happen so I went with my plan B and I dived into filmmaking at Cityvarsity School of Media and Creative Arts which has also always been part of my plan anyway. There was a whole lot that I needed and could explore and nobody will understand the amount of gratitude that I carry every day knowing the amount of creative freedom I have now.

I got a hang of things by the end of my first year in varsity and because filmmaking can be such a hectic process sometimes, I eventually started teaching myself new things and one of them was photography, I then ended up getting in it as a hobby styling my muse and scouting for locations, I realized that I was really loving it and began to do some research on the various things that I would pay so much attention to during the process and I didn’t realize I was being a creative director/fashion director when I would create separate mood boards for every aspect. So I began to do some more research and more of it just helped me understand what I was actually doing and how I could improve on it. That was it, friends booked me to style them for shoots and things and it carried on. I now put together all the elements I am passionate about in the arts to tell inspiring and powerful stories.

You are a Namibian-born individual who is passionate about the film industry; however, you made the decision to move to South Africa to pursue a career within the industry. What led you to this decision?

Pursuing a career of art in South Africa has always been my dream – since I was a teenager, my passion for the arts and spontaneity has helped me fill a space in a home that is not mine which has made me realize the power that the medium carries. Art makes me tick and I have allowed it to take me to wherever I can go and break those limits.

My decision of coming here was very much fuelled by my strong passion and how I knew it would be such a great experience and opportunity for me to see how I would do, work and see things differently in a different space.

Would you say that the Namibian film industry is different from the one in South Africa?

It is actually really different, and I would say we are less successful than I would like us to be, even though we keep doing it. We are not a huge industry by global standards but we have run across that problem and with all the various visual artists coming up, I think that we should keep working on it, build outside networks and collaborate. This will definitely shift things into creating that sort of creative industrial space for ourselves too, which always leads to the inspiration of turning those ideas into films – so exciting!

As a fashion director, how do you ensure that the fashion concepts and style correspond with the story being told?

One of the most compelling ways to engage the spectator is to make the story personal whether that is highlighting individual people or appealing a shared human experience.

What, in your opinion, are some of the important aspects that contribute to getting the perfect shot?

I am not a technical person when it comes to art as I apply my emotions more than anything. The most important aspect of getting the perfect shot is a way to strengthening the photograph and that for me has to do with the story. Telling the story by embracing the shadows around your subject is what makes the story, the real, the imperfections too. The emotion, mood and the narrative are what speaks for the image, a picture is worth a thousand words and when the picture tells a story, it grabs the viewer’s attention. That sets the spectator’s imagination free and that’s for the perfect shot.

What are you trying to communicate through your work?

Portraying a movement through aesthetics of which embodies the strengths and beauty of black culture; not only by placing a black African character in a futuristic world but by unapologetically celebrating the innovation and uniqueness of black culture.

Besides being a creative director and filmmaker, you are also the editor-in-chief of Waabi.Saabi – an online magazine. Can you tell us about the magazine and what the focus is?

I grew up loving magazines, but slowly outgrew the glossy perfect image; there wasn’t much depth apart from the perfectly brushed one. I couldn’t really, if not at all, relate and neither did the black boy who lived in my neighbourhood, but we continued to live thinking it was great to embrace and aspire for what was presented to us in these images. I guess the image stayed and never escaped me and as I grew and became a mother, I just thought to myself ‘How cool would it be if I saw my children paging through a magazine like this one?’

‘Waabi-Saabi’ is a new venture that I have been planning for the past couple of years. It’s an online African magazine named after the Japanese phrase which represents the aesthetic centred on the acceptance of transience and imperfection. The aesthetic is sometimes as one of beauty that is “imperfect, impermanent, and incomplete”. The characteristics of the ‘Waabi-Saabi’ aesthetic include asymmetry, asperity, simplicity, economy, austerity, intimacy, and appreciation of the ingenuous integrity of natural objects and processes. I had to go with a catchy phrase but one that spoke for what the aim is.

Lastly, what advice would you give individuals working towards pursuing a career in this industry?

The only advice I would give is that people should get into the habit of connecting with the nature of making meaningful art; they shall be fulfilled for the rest of the journey and their lives.

Connect with Vicky on IG.