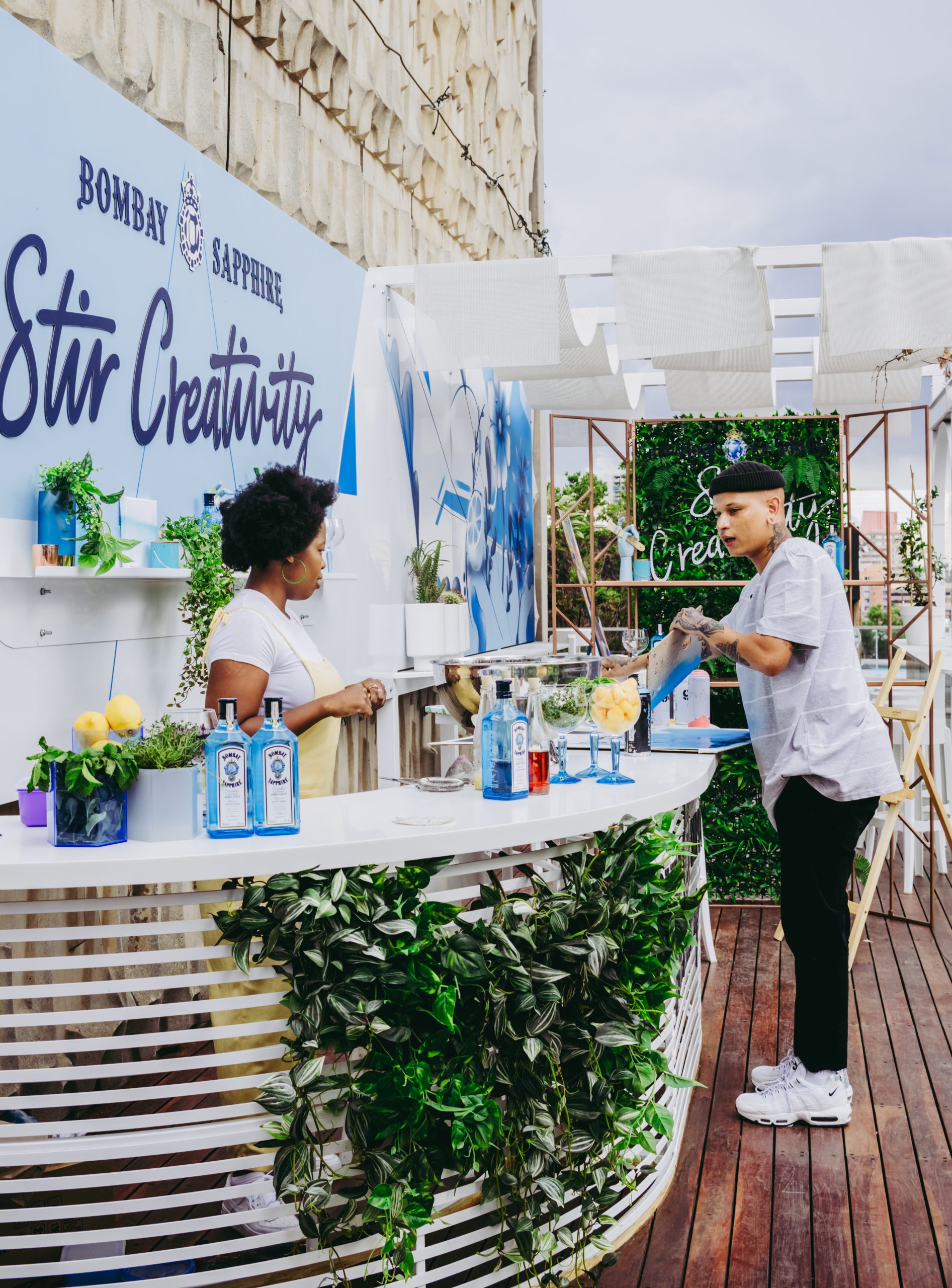 Posted at 12:22h in 10and5, Alcohol, Art, Collaborations by Thabang Buthelezi
0 Likes

The two artists had never worked together before and having no knowledge of what’s about to happen, they set foot in Braamfontein’s Neighbourgoods Market space with the intention of creating something that embodied both their individual styles.

Seth forms part of a collective of young, ambitious and talented South African creatives who are hellbent on pushing the creative envelope. A thorough perusal of his Instagram feed reveals the authenticity of his work, it’s poised and telling. I was personally captured by the impulsive, uneven and imaginative feel of it, almost reminiscent of Michel Jean Basquiat’s art.

For years, he has been working solidly on digital, but his preferred medium is watermark paint. His work explores different themes, you will notice that he tries to amalgamate various influences in his work like his environment and Russian illustrators- with their dark and strange style. One thing that remains consistent is that he always adds depth and meaning to his art.

Here, we see him create a mixed media artwork that is centered around an androgynous portrait of his brother, someone he loves greatly. His brother inspires him and poses as the ultimate portrait of Joburg. He expresses himself through coloured cutouts of leafy flames in the Bombay friendly colours and varied strokes using Nkuli’s tools, a fork, the tea strainer and garnishes for unique textures with spray cans.

Nonkululeko Khanyile continues to make great strides in a male-dominated industry. Having recently won the Newcomer of the Year Award at the 2019 South African BAR awards, we knew not to expect anything short of amazing from her.

She created a Bombay Sapphire Cocktail with Lavender & Hibiscus and Thyme Cordial, Lemon Juice, Verjuice. She topped it with Soda with a beautiful spun sugar nest in a Bombay Sapphire branded Balloon Glass and named it ‘Brushes Of Flower’:

– topped off with soda

Add all ingredients except for the soda into a tin and shake the ingredients. Paint the glass with a blue dye, rose syrup and blue food coloring. Add cubed ice to the glass. Double strain the liquid from the tin into a Bombay Goblet glass and garnish with the spun sugar. Enjoy!

Look out for the next episode to see which artists will be stirring their creativity.