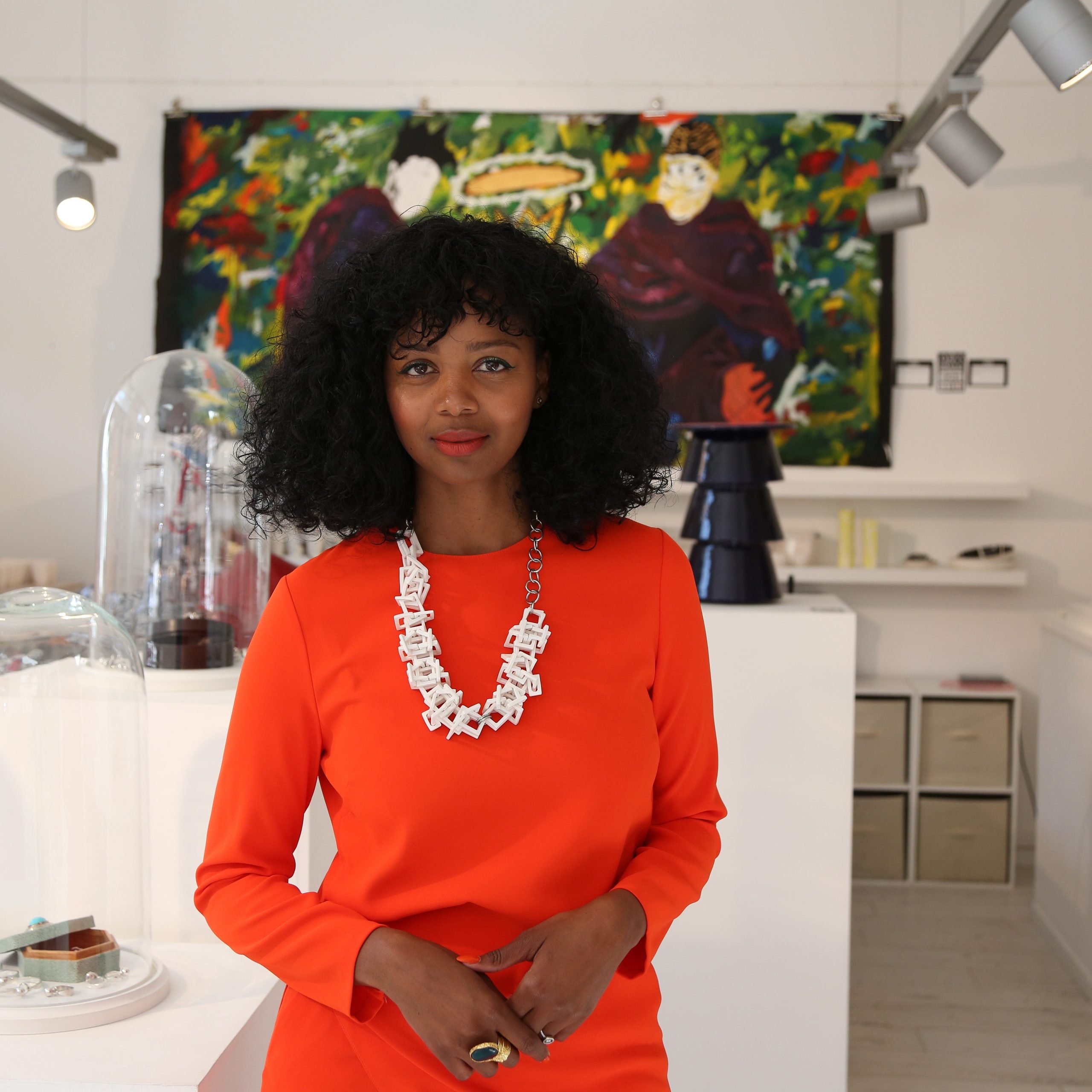 Art entrepreneur and founder of Undiscovered Canvas, Nomaza Nongqunga Coupez promotes African creative industries in Europe through events, exhibitions and residency programmes, her goal is to showcase the best of African creativity. She was born in Ngqeleni in the Eastern Cape but grew up in the Free State. Coupez studied Biomedical Technology at CUT, then went on to become a South African powerhouse within the artspace.

She opens up about the importance of Africans telling African stories, trusting your instincts and actualizing one’s dreams.

You’ve created a major platform for African artists that plays a pivotal role in representation. Why was it important for you to carve such a space for African art?

Arriving in France, in the South of France, not knowing the language nor the culture, I quickly understood that language, culture, and history played important parts in integrating into a different country, understanding the people of that country and building long-lasting human relationships with the people of a different country. So, it pained me after a few years being in France to realize that South Africa was unknown to the French, only the worn stereotypes about South Africa, and of course, our hero’s like Madiba, but the life of the normal South African was unknown, the economic potential, the talent, and beauty of SA remained unknown.

Being in France taught me the importance of culture as a commodity, culture contributes around 44 Billion Euros yearly into the economy of France. As a result, I saw many countries like China, Russia, Saudi Arabia, etc promoting their culture in France, but even with the historical links France has with Africa, it was missing in taking the opportunity to promote its culture and heritage in France. This is where I saw a business opportunity to create a platform that would promote and create a market for African creatives in Europe, a continent that already has a healthy appetite for cultural goods.

Today in France, my business model does not exist. I am the first black South African, living and promoting South African creatives on a continuous basis, building key relations directly with collectors, politicians, and key cultural players for the benefit of African creatives. For me, it is not only about the arts, but who is telling the story is also very important, so having black professionals and black collectors is imperative, not only from a business or commercial perspective, but more importantly to establish a narrative about the appreciation of our art by ourselves, and not just by foreigners. Through Undiscovered Canvas, I want to inspire other people in the diaspora to enter the art business and to educate the black elite about the value of art, as well as the importance of supporting black professionals within the arts.

What inspired your move to France and was it for the sole intention of birthing Undiscovered Canvas?

I met my now-husband in Mauritius on a business trip, and since we did not want to date two continents apart, he asked me to join him in France. I had studied Biomedical Technology in SA and had worked in Laboratories and Pharmaceutical. However, arriving in France gave me an opportunity to reinvent myself, and it was through seeing the opportunities around me that Undiscovered Canvas was born.

Is there anything you wish you had known when you were starting out – what would you have done differently?

Unfortunately, the dots only make sense when you look at them backward and not forward. I would do nothing differently, but if I were to give advice to a younger Nomaza like the person reading this article it would be:

Before moving to a different country that speaks a different language than yours, do yourself a favor and learn the basics first. Your insecurities should not block you from grabbing opportunities that are being given to you. Before starting a business in a foreign country, learn the tax rules of that country. The taxman has the ability to take you into depression. Most importantly, trust your instincts. They will tell you it won’t work, they will tell you it’s impossible, if you see it so clearly in your head and heart, trust your instincts!

Who do you draw inspiration from and what has molded you into being the person you are today?

When you start a business in a foreign country, without money, connections, influence nor status, you are really starting from minus ten, there is no model to copy, you need to create your own model. I have two people that inspire me, the first is me, four years ago when I took the risk of leaving a lifetime job in France to start Undiscovered Canvas.

The second is me four years from now, I am constantly chasing the better version of me.

Who are your current favourite African artists?

What projects are you currently working on?

What advice would you give to young and emerging artists?

Young and emerging artists from Africa must realize that they are living in the world of the internet, the world of globalization. They need to use the internet to their own advantage. They must realize there are too many of them to go through the traditional channels like galleries, museums, curators and art dealers for recognition, sales, and growth. They must know that the power has been given to them through the internet and that they must work on not just improving their craft, but also their entrepreneurial skills.

What challenges have you faced – and are currently facing as a WOC creating opportunities for Africans in European countries?

The main two challenges I have encountered are not only because of my skin color, but also as an entrepreneur in general.

The artworld is very elite and exclusive, and in France, just like in South Africa, it is run predominantly by white art dealers, white art curators, and white gallerists. Black people are predominantly the creators and the source of inspiration. Being a black woman creating opportunities for Africans in France, in such a niche and elite space as the arts, I knew I that I had to prove myself, so my business had to be sustainable as only through time could I gain recognition and create great networks, I also had to be consistent in my delivery and through that, I gained people’s trust.

When I created Undiscovered Canvas, I started producing art exhibitions in the South of France, making sales was not a priority at first, what was important was proving myself to my audience. Finance was my biggest challenge as you can imagine, producing these events was costly. Today Undiscovered Canvas has gained the trust of many art collectors. As a result, I can predict the sales I will make with an artist, however, I still have the challenge of funding to expand my offerings. So, at the moment due to lack of adequate funding, Undiscovered Canvas is set on a development phase and making moves to raise the required capital to expand the scope of some projects, like the Art Residency I created last year, as well as the expansion of the art exhibitions circuit beyond France.

How do you go about selecting artists to be a part of your residency programme?

I look for artists that will benefit the most, often from disadvantaged environments, and who need the opportunities the most. I ask myself, what is the value-added by Undiscovered Canvas to these artists, will living in France inspire them to create remarkable art? Will mentoring and learning new techniques benefit them in their craft and economically? Do they have a product that will sell in the European market? If yes, then that artist has a place at the Undiscovered Canvas residency.

What exciting things do you have in the pipeline for 2020?

The 2nd edition of the Undiscovered Canvas residency which will take place from June to August. Last year, we won a public tender in Antibes, France to open an arts and high-end craft and lifestyle concept store for the months of August and September. Antibes is situated on the French Riviera between Nice and Cannes, and welcomes more than 11 million tourists each year. It is such an ideal place to launch young creatives from the African continent. And numerous art exhibitions between the South of France, London, and South Africa.

*Responses may have been edited for length and clarity