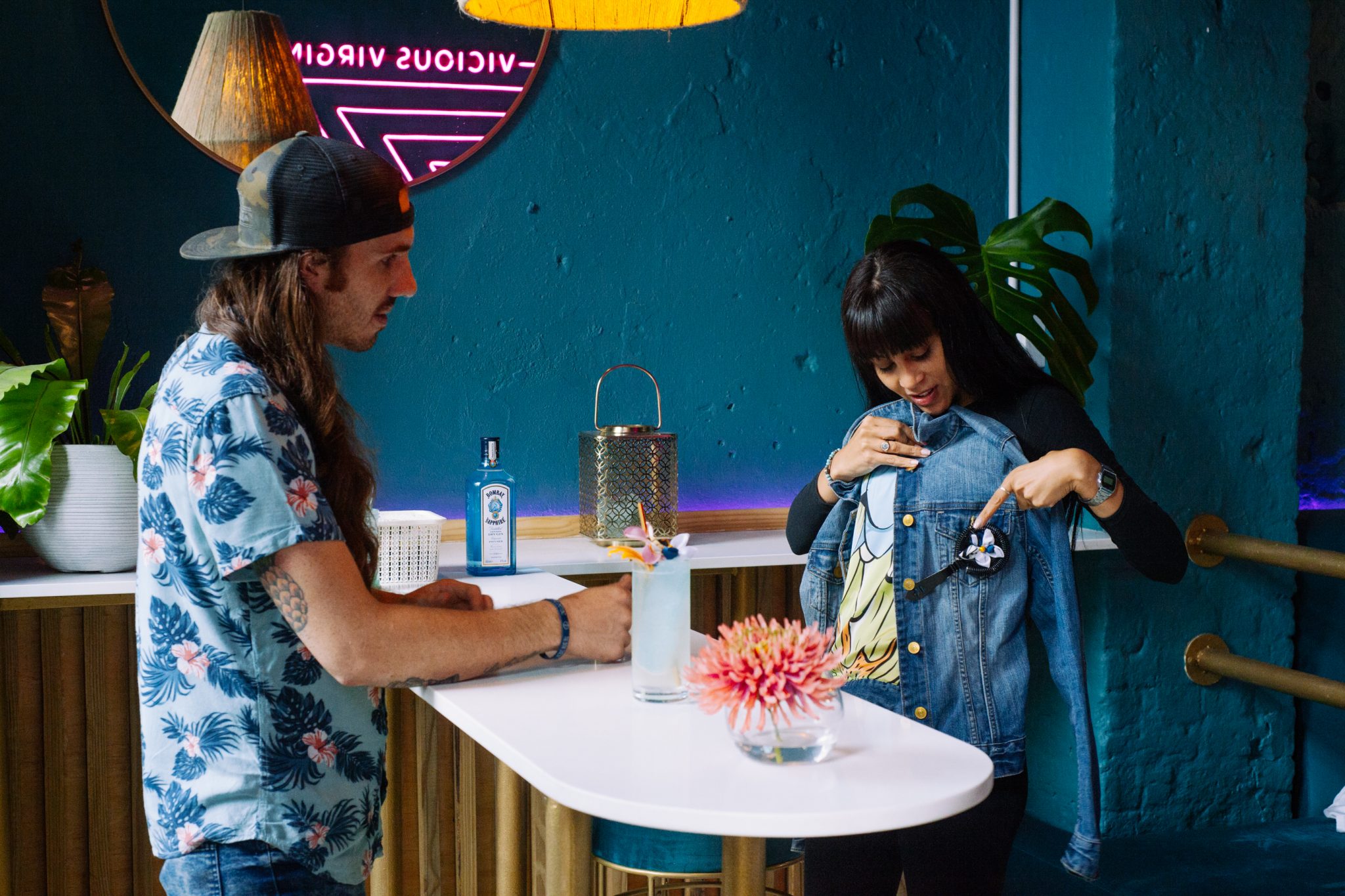 In this latest installment of Bombay Sapphire’s ArtTender series, we get introduced to fashion designer and illustrator, Kaylin Car and bartender Jody Rahme, who mixes delicious drinks for a living.

Kaylin’s career has grown tremendously over the years. Her designs can be found on magnets, t-shirts, and cups. She even designed a Wutang Instagram filter! How kiff is that?!

Jody is a Cape Town-based mixologist who describes himself as a drink enthusiast and Bourbon lover. He is charming and has an outdoorsy style that is not overly curated.

Although they are meeting for the very first time, Kaylin Car and Jody Rahme seem filled with excitement and anticipation, for this impending collaboration. This is a unique opportunity for both of them, to join forces as an artist and a bartender, to create something brand new, while remaining true and authentic in their creative expression.

The two creatives instantly connect, bouncing ideas off each other, and having fun in the process. Watch the episode here to see how they conceptualise and brainstorm ideas, swap the tools of their respective trades, and ultimately create something beautiful together.

Kaylin combines her background in fashion design and her current occupation as an illustrator, to produce a digitally illustrated print, inspired by the colour palette of Bombay Sapphire. Drawing on her love for her grandparents’ garden, Kaylin has designed a pattern of frangipanis and other flowers.

This print forms the lining of her classic 80’s style denim jacket, onto the back of which she hand paints more flowers to complete the look. The culmination of this original creation, is a cocktail strainer, that Kaylin strategically places onto the breast pocket of her jacket, to round off this collaboration in style.

Jody’s task for the day is to mix an original drink that not only reflects his personal aesthetic and taste, but also ties together with Kaylin’s design. As per the brief, he has incorporated some of Kaylin’s tool, to create this ultimate Bombay Sapphire cocktail. In keeping with the theme of this collaboration, Jody has chosen to wear a shirt that mirrors Kaylin’s jacket.

The garnishes on Jody’s drink include orange peels that Kaylin showed him how to sew together, as well as one of Kaylin’s fabric flowers. These features finish off the drink perfectly. Drawing inspiration from the tiki bar where he works, Jody chose to name his drink Escapism. This is also a tongue-in-cheek reference to the collaboration itself, which got both Jody and Kaylin out of their comfort zones for the day.

The recipe is his original creation, and each ingredient plays a vital role in the flavour combination and look and feel of the drink. Steal his idea below, and make your own ‘Escapism’ cocktail:

Keep an eye out for the fifth and final episode of the Bombay Sapphire ArtTender coming soon. Who will stir creativity next?