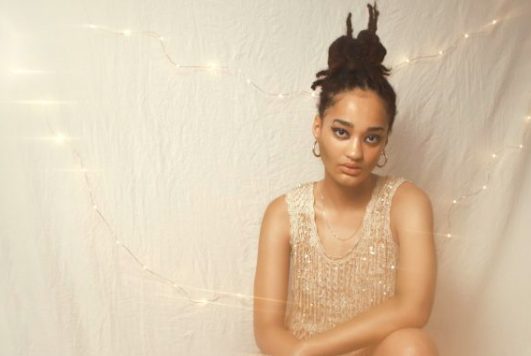 The idea of a strict gender binary, and the supposed fixed nature of masculinity/femininity – fixed in time, fixed in individuality, fixed in ideology – is something that I, like most, internalised growing up, and struggle with today.

Before I had access to the language and concepts that are able to articulate what goes on inside me – such as gender fluidity – I assumed that the way I related to gender and longed to perform it was wrong. Something to hide and save for moments at home alone when I could play dress up and be whoever I chose to on that particular day. I could stuff spray bottles in my pants, draw on eye pencil mustaches and scowl and flex in the mirror. Or I could put on my fiercest dress and the shiniest lipgloss of my mother’s I could find and live my Beyoncé ‘Get Me Bodied’ music video dreams. Or, when I felt like it, I could invent some weird and wonderful combination of the two. Of course, I did not know what exactly I was doing, what itch I was trying to scratch as it relates to gender performance – I just knew it felt good.

As I grew up, moved away from home, came to terms with my sexuality and found the security to share my queerness with everyone, I thought I was finally able to be myself with total confidence and in complete comfort. I could finally be as masculine as I wanted. Everyone knew I was queer, I was free to look and act like it.

But that is the issue with the ideology of a fixed gender binary that is forced down our throat from the moment we encounter society – it sticks. I had unintentionally boxed myself once again. I noticed myself second guessing dressing too femme, wearing clothes too tight, holding myself a certain way. I had swopped out one enforced role for another.

When Lebone – reached out to me about shooting and shared her concept with me, I was really excited but also extremely nervous. Nervous to break out of the role I have been playing for the past couple years, scared that it would look awkward or forced or unattractive. But I was also incredibly excited at the opportunity to do just that. Break out of that role. Unashamedly embrace and present my version of femininity. Doing it with someone from home also just felt right, like coming full circle. I am not there yet, but I am slowly deconstructing the harmful conceptions of gender, sexuality, and being that we have all been forced to internalise on some level. This shoot was definitely a step towards that goal.