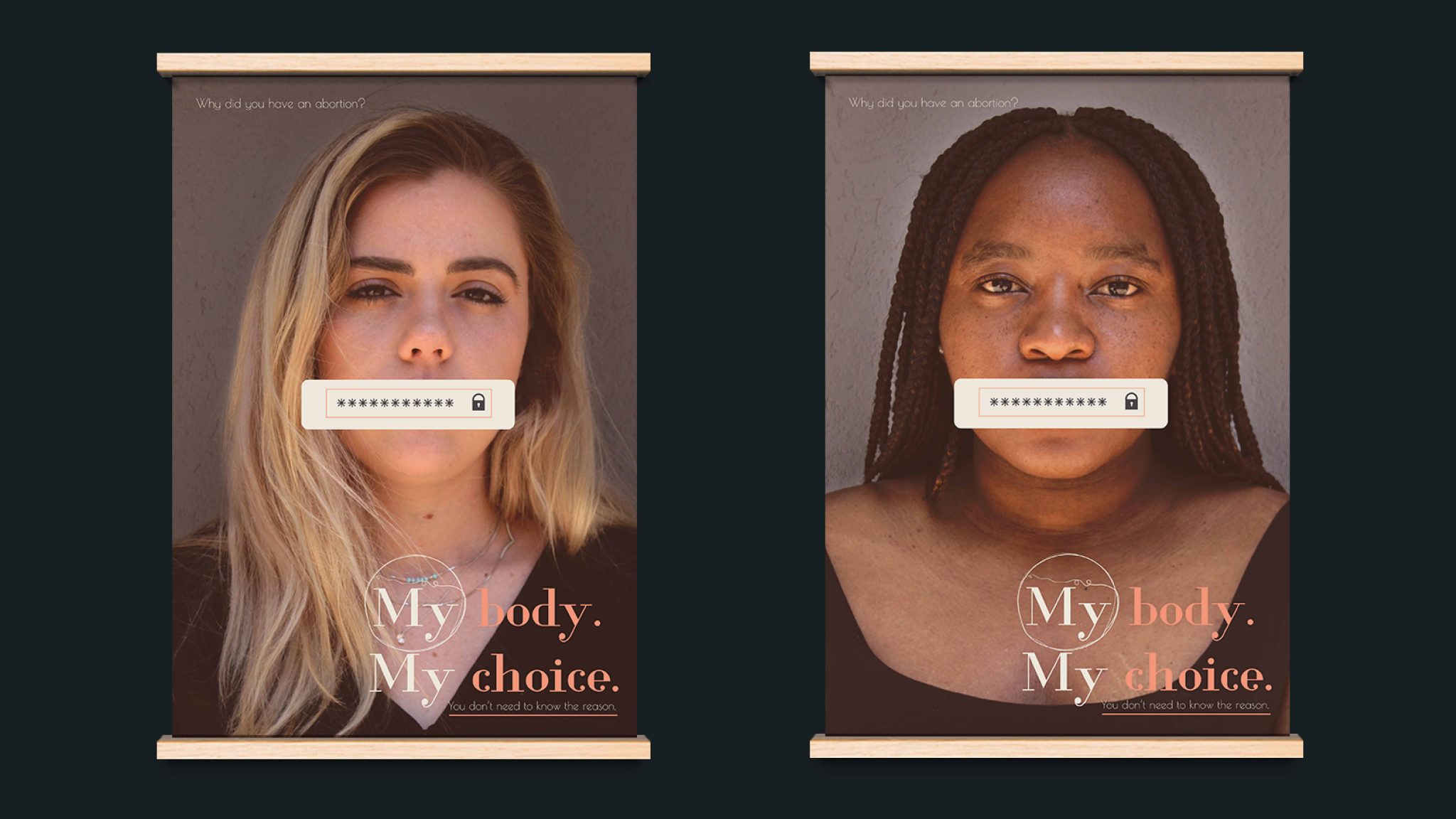 Tell us about your creative background – when and how did it begin?

I grew up spending most of my time in front of the TV watching cartoons analysing how each character was drawn, trying to understand the technical aspects and then emulating them in my own drawings. As I grew older, my fascination with how things work grew. I took a writing course when I was about 14 because I realised that a back story is key to every piece of art. One of the first people who really inspired my work was Hans Christian Andersen. I read an article that depicted him as this complete oddball who lived in a fairytale world and I could relate to that because my mind was always somewhere in a land of mythical creatures and magical worlds. My interests were solely grounded in film and television which is how I ended up getting my first degree in Film Studies.

What type of work do you create?

My work is quite diverse, but I specialise in social awareness campaigns, advertising, and web design. I find that campaigns have the most power to change people’s perspective and I’m very lucky to have a diverse educational background to draw from, which makes me a bit of a different designer because my perspective is influenced by film, fashion, and literature.

Why was this field of study an option for you?

It’s actually a funny story – when I applied for my film degree back in 2010, Design was my second choice if I didn’t get in, and I still ended up getting both degrees. After I finished my film degree in 2013, I got an opportunity to be a model in Cape Town and I wanted to pursue it, but after three years of that, I realized there is still this itch to create, so I made the decision to move to Joburg and study Graphic Design, which ended up becoming the love of my life.

Can you share some of the themes you explore and engage in your work?

My main focus has always been on representing the marginalised. I create campaigns with one goal: making a difference and starting a conversation. I also like to think of my design as educational in the sense that it teaches people about things they might not necessarily be thinking about. My main focus is on LGBTQ+ awareness, women’s rights and breaking stereotypes.

What message do you aim to communicate?

I think the main message I want to get out there is that we are all human, regardless of race or gender and we need to be more empathetic towards one another and try to understand each other’s views and have respect for them. I also want to encourage people to educate themselves before drawing conclusions, because the world would be just a little bit better if we all did our research before acting. I hope that makes sense.

When creating work, where do you draw inspiration from? What or who influences it?

As I’ve mentioned, film has always been my main source of inspiration. Wes Anderson is my number one inspiration and Christopher Nolan’s clean minimalist aesthetic very much influences a lot of my design style. I also, still to this day, draw a lot of inspiration from cartoons. If I had to start listing which ones and why we would be here a while.

What are some of your favourite techniques and tools to use?

In all honesty, I have not touched a paintbrush in many years. I love technology and computers, so everything I create is digital. I might draw something out on paper but even that has become very rare. I illustrate using a drawing tablet and digital brushes and all my design work is done using the Adobe suite.

Can you share some of the projects you’ve worked on? Which one was your favourite and why?

Most of my projects are based on activism which includes an awareness campaign on breaking stereotypes, a project about a woman’s right to choose what happens to her own body and an editorial project highlighting the effects of mental health issues, specifically ADHD and how the atypical brain works differently from others.

My favourite project is a website called Teen Queen Magazine which I created last year. The website was intended as a platform for Queer youth representation in the media. Basically, I wanted to have a collection of movies and TV series that represent teenagers who are a part of the LGBTQ+ community. The idea was to give teenagers in the community a source of information and entertainment where they can feel less isolated and hopefully find something that they can relate to and that could make a difference in their lives. The website also acted as a place to find support groups, specifically for teenagers who are going through this journey, or transition in their lives and needed a helping hand.

What has your experience as a student has been like and what are some of the valuable lessons you learned along the way?

That’s a difficult question because I’ve been a student so many times that it feels pretty normal at this point. I had a so-called ‘student life’ the first time around so my design degree was very much about working hard and learning as much as I could in order to get a headstart in the industry. I remember spending my holiday before every semester learning the Adobe program they were going to teach us that semester or reading the chapters in the prescribed textbooks. I just love learning, which leads me to valuable lessons. You can never have enough knowledge and you should never stop learning. Another valuable lesson I learned from my Illustration lecturer was to always go with the choice that scares you the most because that’s the one that is going to help you grow. I take that lesson with me everywhere I go now.

What is it that excites you about the South African creative industry?

Potential. We are so lucky to live in a country with millions of different people who were raised differently, with different languages, views, and cultures – that no designer could ever have a lack of inspiration to draw from. This is a place where we can make a difference and change people’s minds.

Lastly, where do you see yourself in the next 5-10 years?

I would like to be an art director in Scandinavia somewhere, and just keep learning as much as I can. I also want to make title sequences for foreign-language TV shows, which I know is very specific but that’s the dream. I also hope I own a PlayStation by that time and maybe a potbelly pig. Other than that I’m already very happy with my life as it is, as long as I can design and hopefully create a voice for the voiceless.