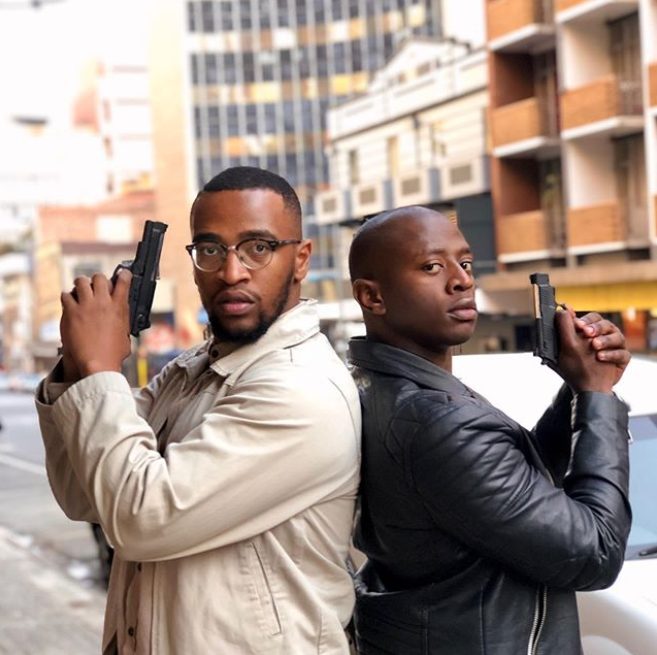 The ‘golden age’ sub-culture of comedy skits and memes are redefining and democratizing the internet. Minorities are able to see themselves reflected in a space that can often be alienating and aloof. Local ‘twelebs’ and the ‘instafamous’ bring awareness to current affairs – like the recent #COVID19 with the right amount of amusement to keep us all going ( while we self-isolate)

We list 10 South African internet-frenzy comedians that add fuel to this country’s tank.

2. Xhosa Vlogger Siviwe Lutseke took internet stardom with his installation of cartoon videos, titled Xhotoons. Not long after, Lutseke went on to make comical videos that touch on South African pop-culture. The skit-maker is known to relate through his use (or exaggeration) of colloquial Xhosa language. It’s impressive.

3. When this jokester is not busy being the frontman for popular local band The Kiffness, David Scott jumps to his Instagram and gives us a chuckle or two for the day. Scott, the quirky character he is, reminds us to search for humor in the midst of chaos. In 2019 he went viral for his comedic parody song ‘Without It’ – that aptly encapsulated the struggles many were facing during load-shedding.

4. Bush Radios Breakfast show host, Mr Meyer is most popular for bringing you a morning mood boost between 6 and 9am. As the Mother City’s dose of positivity, good vibes, and laughter, Meyer is not afraid to share his most honest opinions regarding some of the most controversial issues plaguing our society today. He delivers the gems of colored slang found among our favorite colored auntie or uncle.

5. Ndivhuwo Muhanelwa or rather NO CHILL GOD, gained popularity after using live videos of celebrities and splicing himself in as if he were in conversation with them. Also, founder of nochillmzansi meme page, Ndizimande uses relatability as a knot that ties a meme to his audience.

6. On a normal day, the aberrant, non-conformist Lasiswe Dambuza gives us a 32-inch wig, a bold red lip and a local accent you’ll screech in your seat for. Voted Most Influential Young South African 2018-2019, Dambuza has skyrocketed sitting among SA’s biggest entertainers.

7. Ta Fire has set the internet alight with his hilarious skits, which mimic South Africa’s different racial stereotypes. The comedian uses everyday social interactions, combined with his humorous streak to address social issues. His popular Afrikaans mimics get us all-the-time.

8. You may know her as the unsung pun hero of local twitter. In her sphere, Anjali is a creative-mind who dabbles in embroidery. @Anjalaaay provides us with relatable tweets in 240 characters or less and uses the platform to not only make someone’s day, but also to raise awareness on more serious topics of concern.

9. Actor Sobantu Nqayi spoons out authentic South African experiences through Thembinkosi, Mzido, and Pali – his three characters that have his IG followers squirming with laughter. Thembinkosi for instance – encourages fellow South Africans to ‘Unite as one’ while spinning fluent isXhosa in a white South African accent.

“A The Black Wendy Channel, is so firmly located within a cultural experience so South African BlackityBlack it can’t help but settle into one’s psyche like moving snapshots from your own childhood being played back at you even if you are not Zulu.” wrote Lindiwe Mngxitama of Bubblegum Magazine.

We can’t think of a better way to describe the writer and comedians’ work and role in the entertainment industry. Her clips are always something to look forward to.