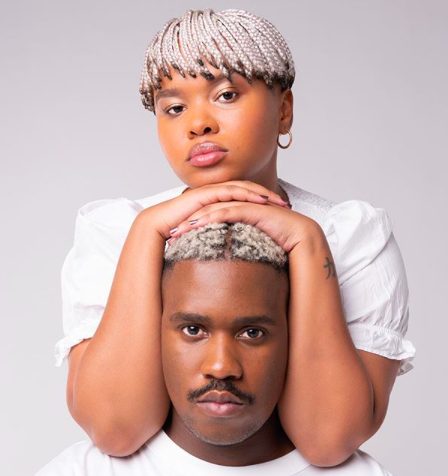 ‘Endaweni‘ is the first single and title track off Darkie Fiction’s forthcoming EP, a fitting first look at a body of work that describes their personal journeys from obscurity to new spiritual and creative heights.

With a new EP set to release this April, and a new addition to their family, they’re quickly learning what it means to create and bring new life to their legacy, as well as South Africa’s music industry.

In a recent interview with 10and5, they said “The actual recording of the EP was very difficult, the pregnancy made us a little slower. There were moments where we were more lethargic. For the first three months, I was sick and we were making the EP at the same time. Katt was my hero – constantly motivating me, but from five months on, we were in the zone and we were finally making this thing. It was a slow process but we appreciate it so much that we’re now almost at the finish line”.

‘Endaweni’ is nostalgic in tone and glorious in its expression of where the two come from and where they plan to go next. For two souls who serendipitously found each other down the corridors of Cape Town’s CBD, this album encompasses every direction the two hoped they would one day face. Bringing them full circle with producer Waxy Hustle once again and adding a modern touch to the ‘sounds of yester-year’, Darkie Fiction hold their own. Katt and Yoza are owning their light in this glittering narrative.