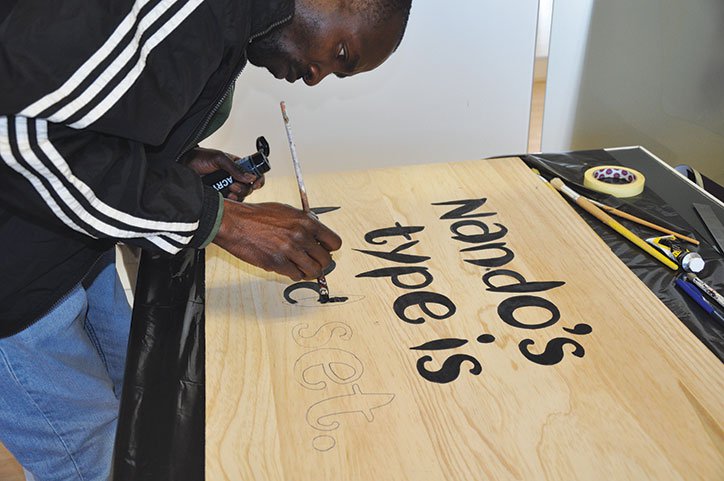 The fact is, the African continent is rich in creative talents. The diversity of cultures has influenced (and continues to influence) the idiosyncratic African artistic style which has occupied spaces in and outside of the continent.

A growing art form that we’ve seen from African artists is African typography and the digital showcase of the vast African cultural heritage in the form of fonts, lettering, and geometric features. From ‘Charvet’ by Kenyan graphic artist, Kevin Karanja to ‘Colonial Bastard Rhodes’ typeface by award-winning graphic designer, Osmond Tshuma, we take a look at five typefaces designed by artists of the African continent.

Driven by his passion for typography which grew during his years as a student at the University of Johannesburg, Osmond Tshuma created a historically-inspired typeface. The post-modern heading font is a post-colonial critique of Cecil John Rhodes and the impact of colonialism in South Africa. It identifies certain key characteristics of fonts and typography used during the colonial era.

Nando’s partnered up with South African signwriter and artist, Marks Salimu to create Nando’s’ new quirky typeface inspired by South African sign designs and the tradition of signwriting in the country. Salimu hand-painted all the letters and characters onto wooden panels, these were then turned into a font.