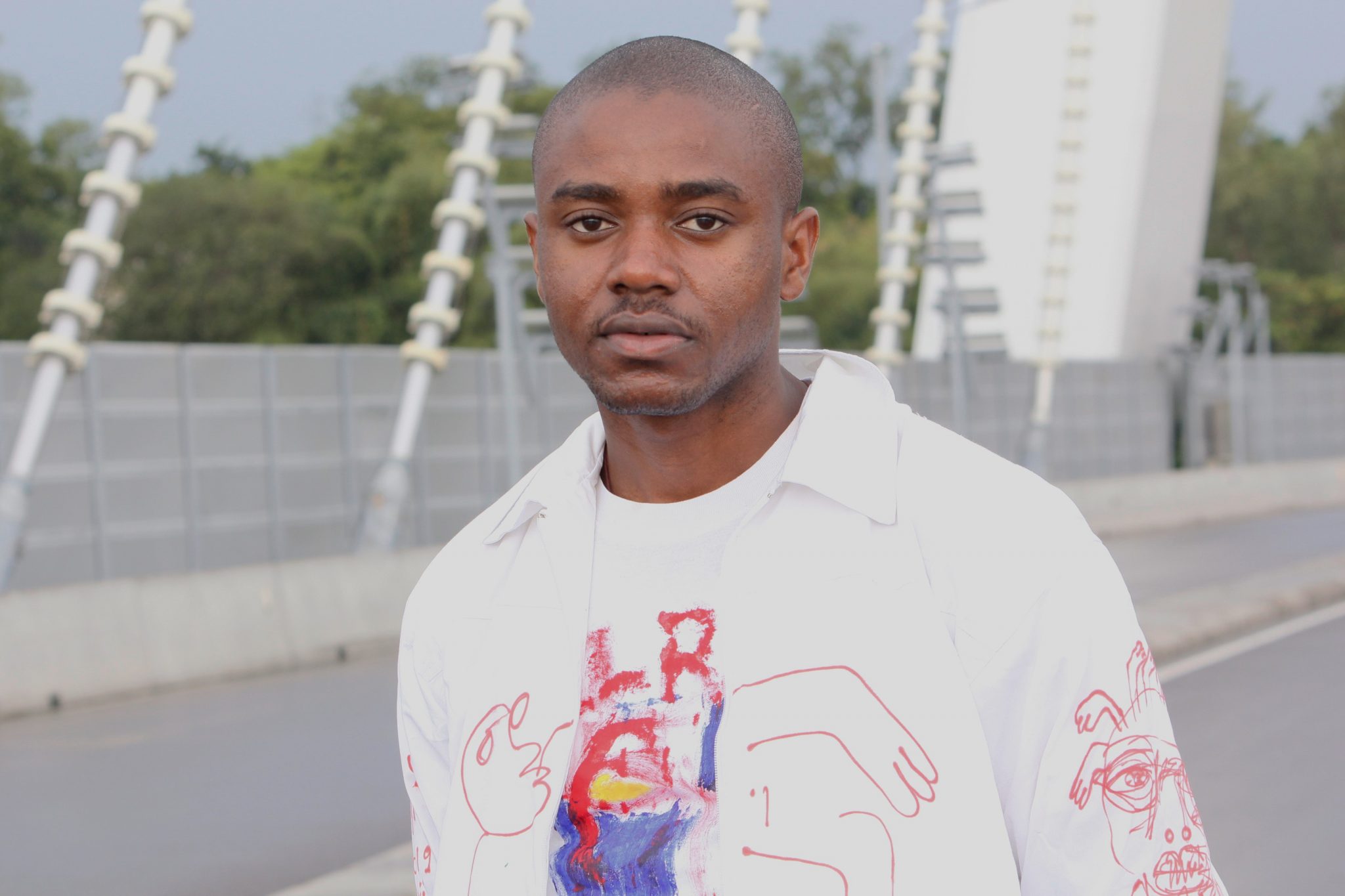 09 Apr Bu Kihang: The Story of An Estranged Artist Who Halted His Dreams

Bu Kihang is a man that wears many hats: a visual artist, a tattoo artist, and a musician, amongst many more. He counts his curiosities as a child as the motivation behind the wide range of expressions he now lives: ‘I remember being curious about objects’ proportions, colours, and feel from an early age. Like staring at a Jesus sculpture in a catholic church, or the way Levi’s denim pockets were shaped.

He also ticks off affluent artists in the arts as his inspirations: ‘Marina Abramovic, DaVinci, Picasso, Basquiat, Disney, and Angeline Kidjo (cause she had a video filled with artifacts that used to freak him out as a kid)

Unfortunately, a hat that he involuntarily had to wear as well was that of a nomad.

Kihang moved to Cape Town from Congo years ago and was immediately immersed in the art scene. He had been a part of a few independent art exhibitions and mentored by renowned artists such as Atang Tshikare and Noncedo Charmaine, and even did some print work for the runway debuts of Cape Town-based fashion brands One.I.Am and Afrogrunge, at SA Menswear Week and SA Fashion Week respectively. Even when he had to make an abrupt move to Durban a couple of years ago, he used the opportunity to quickly integrate himself into the tattoo industry there, picking up the needle and learning how to do tattoos from the friends he had made.

Describing the style of his work, Kihang says:

“I call it “buka bic” in lingala which means ‘broken pen’ in English. I express myself until I deteriorate or break something. If pens, brushes, health could speak, they would testify [laughs]. It’s pain, emotions, and guts – thus the ‘broken’ part “

As this answer might suggest, Bu Kihang’s obsession with creating often treads the line of toxicity, as he’s found himself in unfavourable situations – not only because of his passion but because of his background: ‘I’m a 90s Congolese kid. So civil war, anger, hunger are the ‘what’ behind what I do.’

Being born the same year as a civil war erupted in Republic of Congo (1997), the dire socio-political landscape of his native land influenced both his work as well as his upbringing. Resulting in unstable home situations and constant moving around, which is why he eventually would wound up in Cape Town. Even his stay in South Africa was not without its struggles, unfortunately. After all the strides that Kihang was making, he was forced to move back to Congo.

‘I was homeless at [one] point – couch-surfing heavy. So my health really deteriorated from those uncertainties and next-meal-worrying. Plus, paperworks weren’t allowing me to stay anymore. Though my dad is a South African citizen, I’m still passport and visa-dependent due to our differences. It all needed to end or I was gonna die. Death was evident.

‘You have to sacrifice a lot to pursue this journey you know? Especially when all your money has to go into it, ‘cause nobody believed enough [laughs]. I finessed my way through it all so I can openly speak on it now.’

Kihang remains in high spirits now and notes that a move back to South Africa is definitely on the cards, “I still have unfinished business over there” he says. Although, he does admit that the first few months of him being back in Congo were rocky.

“My lungs are breathing fine, my body is still, my mind is balanced. Couldn’t have said it [a] few months ago – I was restless and my guts were burning like ‘you need to get out of this place’ type of vibe. But here we are, vroomy and feeling five years old. Used to fidget a lot, but my legs aren’t racy like that anymore. I know who I am and what I can do now.’

When it comes to what we can expect from him in the near future, he remains mum, but he also seems optimistic.

‘I’m Bruce Lee with this art thing, I like hitting when unexpected. But a lot is coming. Stay fly and stay vroomy.’