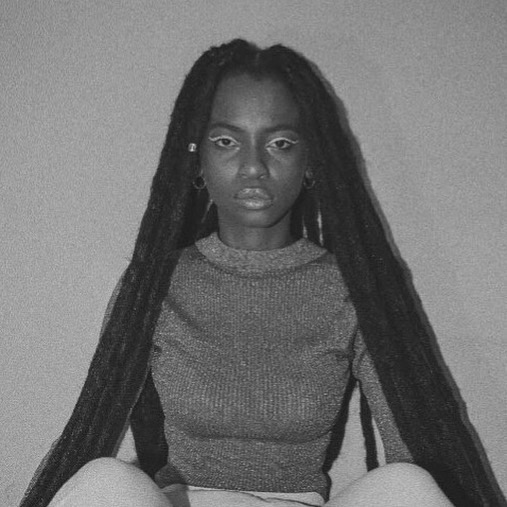 Pitori, as it’s affectionately called by its dwellers, is the hotbed for the most popular sound in the country right now (Amapiano), and home to its flag bearers and owners of groove, DJ Maphorisa and Kabza De Small. And if you’re not a house music fanatic, you may be familiar with Hip-Hop adjacent acts such as A-Reece or Focalistic. There’s more to Pretoria than what meets the eye. There’s a burgeoning (black) alternative scene filled with artists who don’t aim to take over the dance floors but rather the solitude of your bedrooms. Artists that find a home on personal SoundCloud playlists rather than a ‘Mzansi Hits’ playlist on Apple Music. Here are a few of them.

ROHO is one of the more prominent voices in this scene, with a Soundcloud hit ‘NSA,’ which is currently sitting on over 30 000 plays on the platform – a number that could rival even some of the more established artists in the country. But numbers aside, ROHO is a singular talent, with a silky voice, effortless songwriting, and a knack for forward-thinking production choices. What he and producer DoouShii (more on him later) do when they link up together is a refreshing brand of alternative R&B.

Perhaps the lesser-known act out of this list, Sei Siren is soon to be something special. The vocalist and visual artist’s 2018 project, SIRENS WATA, dabbled in lo-fi electronica/R&B and was a nice introduction to the artist, but it was merely a taste of her potential. Her next project, HUBEDU, which is slated for release on all streaming platforms on 17 April, is what has us excited. Apart from the lo-fi elements she explored on her older work, it sounds like it explores 80s synthpop in the vein of an Abra or a Clairo, judging from the snippets of it that she released on Soundcloud –  which is uncharted territory for most South African artists.

Traditional R&B music has been pushed into obscurity so much that when artists (successfully) do their own takes on it nowadays, that in itself is somewhat ‘alternative.’ Although Tron Pyre isn’t necessarily a traditional R&B artist – pigeonholing him into that box would be a disservice – he possesses the voice of one, and instead infuses tropes of Soul music with more modern soundscapes, perfectly finding the balance between retro and future. The excellent 2018 album Pangea as well as the 2019 mini-EP TEMPORUM are good cases for his huge talent.

Formerly known as iindirhe, NamakauStar is a stalwart in this scene, with more than a couple of her songs having racked up thousands of plays on SoundCloud. The alternative R&B and Hip-Hop artist is not only known for her catchy guitar-tinged singles but also her memorable performances – she’s known to come up with new songs on the spot, showing freestyling skills that would make a full-time rapper jealous. She recently also appeared on Red Bull’s Swift 16 series – a sign that the industry is taking note of her talents as well.

DoouShii is one of the best (and most unique) producers in the country right now. Perhaps best known for his work with ROHO, the producer has also worked with a couple of names that might sound familiar to fans of Hip-Hop’s New Wave: Windows 2000, J Clu, and Tyson S.T. He’s a versatile producer that can effortlessly go from neo-soul with a J-Dilla-esque bounce to trunk-rattling Trap bangers – all while retaining his signature style that typically features lo-fi sounds, sticky basslines, off-kilter drum patterns, and atmospheric textures. DoouShii recently released an incredible project, DO U, featuring frequent collaborators ROHO and Tyson S.T, as well as other upcoming Pretoria acts Thato Saul and Francis Jay, amongst many others.

Because of the uniqueness of their sounds, it is almost a rarity to catch them performing at gigs. There aren’t enough spaces that celebrate alternative artists. But when they DO perform, you’re most likely to find them on the WOKE Arts stage – an events series that champions alternative artists from early stages of their careers. In fact, most of the artists featured on this list have performed at the event. WOKE Arts was born in Pretoria as well but has also had renditions in Johannesburg and Cape Town as well.