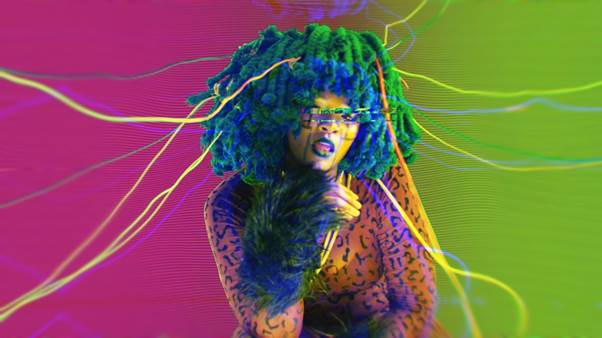 In creating the video, DJ Lag and Kets worked with Artchild, the leader of the Durban dance and creative company, 031 Movement. Alongside playing Juliet in the video (to Luzuko of the 031 Movement’s Romeo), Artchild sourced the dancers from her collective and worked on the video’s imaginative and striking styling and wardrobe. The latter references South Africa’s Skhotane culture and made use of ‘Bleselo’ style on jackets and pants, giving the video’s characters an anime gang-style look.

One of the most compelling features of the video is the choreography, which combines Gqom Bhenga style and Amapiano’s ‘pouncing cat’ moves – and culminates in a memorable, Bollywood-esque dance-off on Durban’s Venice beach-esque beachfront.

‘Uhuru Dis’ is a standout track on DJ Lag’s Uhuru EP which was released in August 2019 and paid homage to the Uhuru club in Durban’s Clermont township. At the time, DJ Lag stated that “With this EP, I want to bring the world’s attention to where it all started. We called this style of Gqom ‘uThayela,’ which means ‘corrugated iron,’ to describe a rougher sound with a harder bassline that is made for clubs. For me, it all started in UHURU, a small club in my township of Clermont. I played my first gig there, which was probably one of the first times that Gqom was heard by the public.”

History will remember South Africa’s DJ Lag (Lwazi Asanda Gwala) as a pioneer who propelled the quintessentially Durban Gqom sound beyond the confines of club Uhuru, straight into the capitals of the international electronic music industry. DJ Lag’s superb production skills have played a colossal part in transforming this sub-genre of house music — one that began by sound-tracking taxi trips around Durban and is typified by its minimal and raw sound with heavy, percolating kicks — to an enviably innovative participant in the global scene.