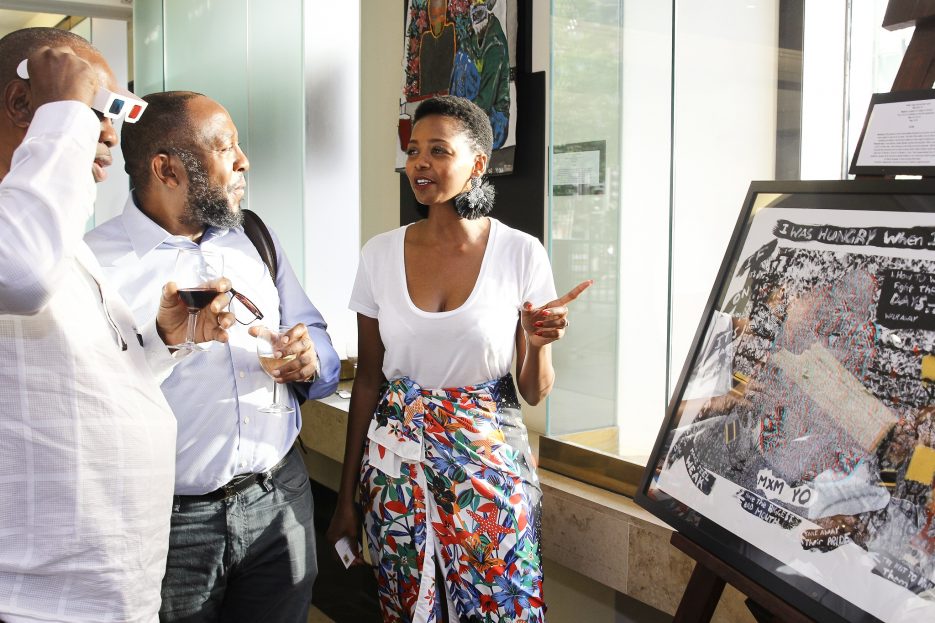 Emerging or established – South African creatives, collectors and practitioners have kept the SA flag high, enhancing our greatest strengths for the world to see. Through art, we move, speak, and feel. In this regard, our creatives use art as a binding force, to connect and engage globally.

Hailing from Pretoria, Jay Carson is a New-York based Global Brand Communicator and Founder of Social Cultural research project ‘Township Rockstar’. When Carson is not abroad running Township Rockstars purpose and creating content for Puma North America, New Balance or Vans – he extends his greater passions to those who need it most. His passion project ‘Amen Club’ choir is an initiative aimed at improving the quality of local communities. It provides 26 kids aged 15 – 23 the tools to make their mark in the entertainment industry – and the world. The choir built a pillar of success after being featured on SABC 3’s Afternoon Express and also performed at Africa Rising International Film Festival.

Art Entrepreneur, Nomaza Nongqunga Coupez is a Free State girl blooming in her business Undiscovered Canvas which promotes African creative industries in Europe through events, exhibitions and residency programmes. Undiscovered Canvas acts as a narrative ground, one where African art is told by African artists among the foreign. Coupez plays a pivotal role in the gap between African art and placing it on a global scale, by promoting these South African artists on a continuous basis and building key relationships with collectors. While executing groundbreaking measures in Europe, Coupez does not seize to show the appreciation and remembrance of her home country.

In 2018, Durban raised Multimedia Contemporary Artist, Sphephelo Mnguni, applied for the opportunity to jet off to Bremen, Germany in the hopes of pursuing an Art Residency. He was fortunate to be nominated among other artists chasing the same dream and was off to Germany where he stayed from November 2019 to February 2020.  While there, he was provided a personal art studio for his art practice – giving him full swing and leg way to create memorable pieces. The residency group visited some of the cities art galleries and exhibitions in-between. It was a great door-way to experience international art and art galleries but also expose those spaces to the beauty and core of African art from a direct African perspective.

Under the publics’ moniker – SA’s ‘Advertising Golden boy’, Soweto born copywriter Melusi Mhlungu met with his stardom after getting offered a job at Miami based Advertising agency, David. Melusi was the visionary behind the prevalent Budweiser Superbowl TVC/video that had twitter on fire in January. The ad received a high adoration of response and attention, sitting at over 10 million twitter views. Before the move to David, Melusi worked for Ogilvy South Africa. The US caliber of ‘doing things’ must have had its distinct differences, but with this, the golden boy took his genius ideas and his eagerness to make a supreme name for himself. He took his black excellence and sparked courage within many of us.

Contemporary Art Gallerist, Sakhile Matlhare, and her co-founder Daniel Hagermeier established the Frankfurt, Germany space Sakhile&Me, that provides artists from the African diaspora with a sustainable platform to exhibit their work. Sakhile&Me works alongside emerging or established creatives, putting them on a broad scale abroad through group and solo exhibitions; art fair participation; placement of works in private and public collections and cooperation with other galleries. Sakhile and Daniel and have contrasting backgrounds and perspectives that meet at a common ground, cherishing the very soul of their Sakhile&Me venture.