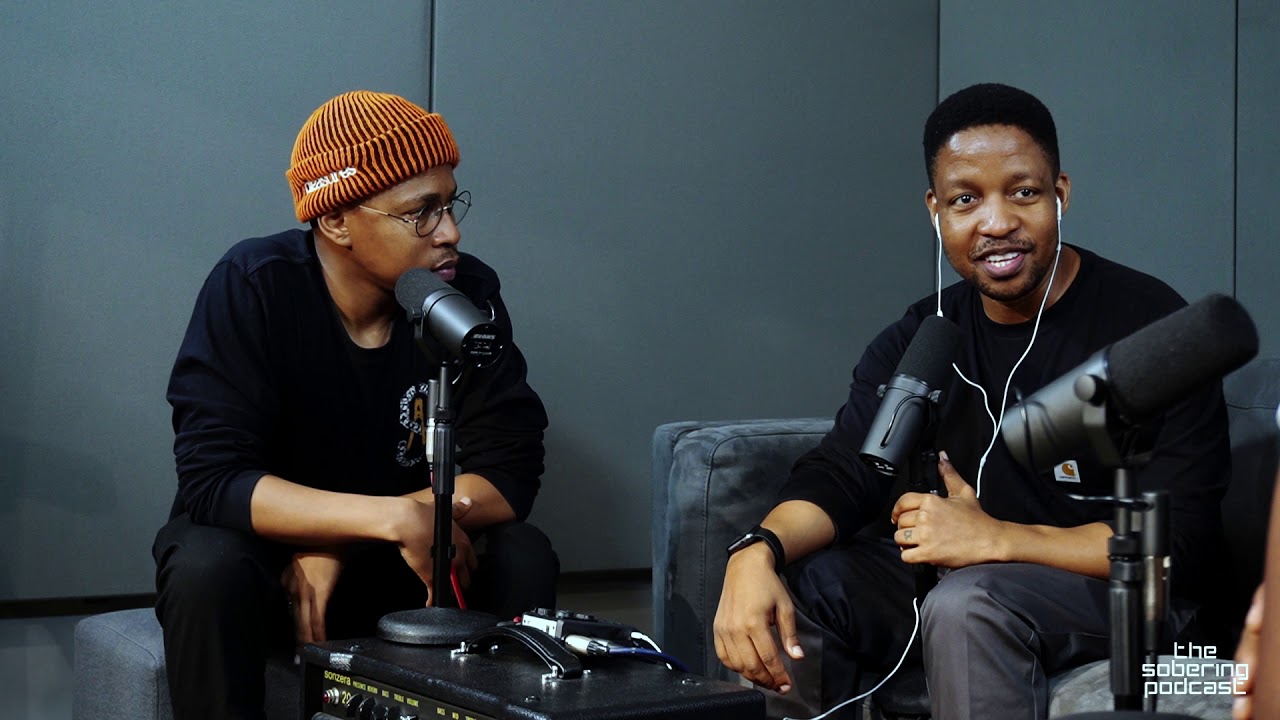 20 Apr Who Got Next? : SA Hip Hop’s Future Discussed with The Sobering

In conversation with Kabelo and Kitso Moremi, and Mokgethwa, otherwise known as the guys behind The Sobering Podcast – an in-depth podcast series documenting SA Hip Hop, I ask them what they think are the values of the genre right now in 2020 which Kabelo bluntly responds to:

“To be honest, I don’t think there are any values these days. If anything, I feel like artists nowadays look at themselves holistically. Like, take someone like Windows2000 – he’s killin’ it in the fashion shit, and he’s able to get the people that check him out for that to get into his music as well, and he wins because he’s got that full package.”

Windows2000 is one of the artists representing this shift in values, as he’s part of what is collectively known as the ‘New Wave.’ Other notable names from the bunch include the likes of Champagne69, The Big Hash, PatricKxLee, and Dee Koala. Although this isn’t an official group – these artists carry the same ethos of disrupting the narrative, a trait that The Sobering team commends.

These artists reinforce the notion that, in this day and age, artists have to be multifaceted in order to be engaging. For every hot Dee Koala song, there’s also a funny and relatable story on her Instagram or TikTok that features her trademark energy, as well as an Adidas outfit head-to-toe. Another example is Stiff Pap, whose music is synonymous with the Ebumnandini events they host (which is one of the most popular ‘underground’ events series in the country right now), as well as the various campaigns that they do. All of these artists’ hyper-awareness of what makes their brands work is pivotal to their success.

Fred Kayembe warns that their disregard for past systems might prove to be detrimental in the long run. He feels that the new artists should do their homework, in order to not suffer the same ill-advised fates as their predecessors:

‘The reality is, this thing we’re doing is beyond music now. The industry and its structures are ever-evolving; we’re streaming now, for instance. But in another way, things are exactly the same as they were 20 years ago. Everyone is being taken for their socks and pennies cos the labels’ agenda haven’t changed. So if you aren’t interested in what Skwatta Kamp have to say for instance, cos you’re a new wave kid, you could find yourself in the same situations they did. That’s the biggest negative of not only being detached, but doing doing the history. It’s bigger than music now.’

However, as much as the conversations have revolved around everything but the music, it all comes back down to the music itself. Although they approach it with different perspectives and energies, what most of the New Wave artists have in common is their affinity for Trap music, which has arguably been the most influential sound in the world for the past decade or so.

When I ask the Sobering team if they think the go-to sound will change, they all exclaim: ‘hopefully!’ With Kabelo elaborating: ‘Look, don’t get me wrong, I’m all for the trap sound and all. I love it! But we do need to evolve’

But who will be the cause of that evolution?

“Who got next?” – a question that’s so entrenched in hip-hop culture that it’s probably as old as the genre itself. It also serves as an indicator of how forward-thinking the genre has always been, and how quickly things can change. Hip-Hop has always been a young man’s sport, and that has arguably been more of a detriment to careers than it’s been a positive because artists rarely surpass three years of ubiquity. If they don’t play their cards right, their relevance wanes to the point where the guy you thought would be the biggest thing on the planet, is completely forgotten about three years later.

This is why there is uncertainty when I ask the Sobering team who they think will set the tone for this new decade. While they say they can’t really tell because of the unpredictable nature of Hip-Hop, they do have some hunches on who or what will the define the genre in the next few years. “I think Nasty C still has a lot to offer,” Kitso says – a premonition that immediately proved to be true because a week after our conversation, it was announced that Nasty had signed to legendary label Def Jam Records in the US.

Kabelo’s view, on the other hand, is a bold take, but definitely has some grounds to it. “I think Street Rap is coming up – guys like 25k and Maglera DoeBoy, telling authentic stories about the hood. We’ve rarely had dudes really reppin’ the types of places they come from and speaking the way they peak, so it’s really refreshing to see that.”

Kitso contests, saying that Street Rap has been a thing, and notes that YoungstaCPT and K.O are some major players that can be regarded as Street Rap artists as well, with their respective bodies of work (3T and Skhanda Republic) being some of the most Hip-Hop notable albums in the past decade. Either way, they agree that the Street Rap phenomenon looms large on the SA Hip-Hop scene.