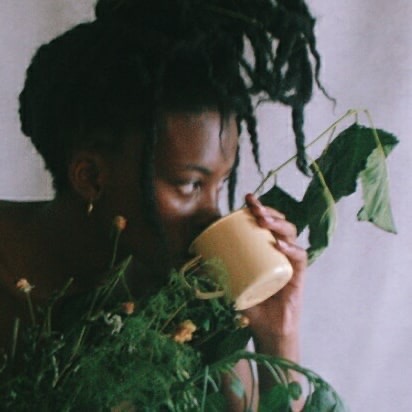 Motsei Rangata, a.k.a SEI SIREN, is a 22-year-old singer, producer, and visual artist from Pretoria – one of the artists featured on our Exploring Pretoria’s Overlooked Alternative Music Scene.

SEI SIREN’s musical interests came at a very young age – her first account of which goes as far back as Grade 1. She began exploring that interest by joining a school choir, drama club and participating in plays in school. She then studied at AFDA in Johannesburg where she ended up majoring in Television: Post Production and Cinematography. The beginning of her studies also marked the release of her first EP, SIRENS WATA, which she started working on in matric.

“My music is made from my experiences of love. Love is timeless and prioritises pleasure and enjoyment. The subject matter is not typically joyful but I want it to hit all the pleasure points sonically. I don’t think genres are very important, but for the sake of qualification; electronic would be the best way to describe it.”

She recently released her HUBEDU album, a gorgeous, entirely self-produced effort that explores the vastness of electronic music; ranging from house, synthpop, to lo-fi R&B. The album managed to crack the top 5 on the Electronic chart on the South African iTunes, which is a huge accomplishment considering the fact she is still a relatively unknown artist, and that her music has such a niche market.

SIREN’s aspirations are as eclectic as her music, as she says:

“I want to start hosting my own shows in South Africa, but my dream is to be big in Japan. I want to perform at mainstream festivals abroad and locally. I love visuals so I would also create meaningful music videos that are also technically well executed. I would also love to be featured in film and television scores. I think my music is cinematic.”