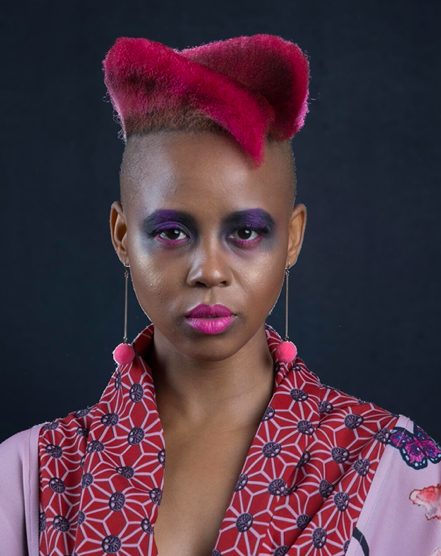 When Elo Zar was planning the first six months of her year, she thought that by the end of April, her album would be out and she would be performing all of her new songs on stage. New opportunities and challenges might have arisen and her intentions might have had to be altered slightly; but for the most part, we’re willing to wager that she had a very stable roll-out plan for her new music.

She began our conversation on a light-hearted note by filling me in on what she’s done to keep busy over the past three weeks:

“I’m mostly having a battle with food, waistline, and piling dishes. Cooking with UCook has also been so pleasant, we just need more wine in our lives and gin. My fans and I are actually having conversations via DMs and FB Messenger while keeping them posted via radiotelephonic and IG interviews and performances.”

Life in lockdown might mean ‘no studio time’ – but that doesn’t mean that artists can’t create. Elo Zar explained that although there have been some hurdles to overcome, she is still in touch with everyone who is helping her bring her project to life. She revealed:

“Technology is superman right now, so I don’t really feel like there’s a definite pullback in terms of some admin work, but I had tours in the calendar that aren’t going take place. I was supposed to be doing Durban this April. Also, why isn’t there a discount on data rates? This is the other main challenge as I can only communicate (affordably) with my producers from midnight. Ok, to answer the question, it’s been a real challenge”

Switching the focus of the conversation from upcoming material to recent releases, I took a moment to praise the songbird on her new single – an emotional track titled ‘Bophelo’, which dropped on streaming platforms in March. The song received plenty of buzz on social media and Elo Zar expressed her delight at the reception it received from her fans:

“The reception has affirmed my stance about the South African audience, alternative music actually has an audience just not the platforms. I’m kind of feeling like a revolutionary in this regard because this song consists of deep Sesotho lyrics both from me and the talented Kommanda Obbs and it’s playlisted on different radio stations of different ethnicities. Imagine if I heeded the force of being on-trend? Obbs has always been a force and all that needed to happen was for him to hear and deliver. No brief. That man is packed with pure talent and must be considered as Hip-Hop culture royalty.”

She hinted that the sounds and experiences we witnessed on ‘Bophelo’ were a signal of what’s to come on her full body of work which she affirms will still see the light of day this year.

Elo Zar has set her sights on performing on some of the biggest stages in the country.

“I wish everything could go back to normal especially for the festival circuit – performing at Rocking the Daisies is one of my dreams.”

With more free time on her hands, Elo Zar has also expanded her horizons and launched an interior design business. Sparked by how much she enjoys designing her own penthouse apartment, she explained why she decided to turn her interest into a full-time profession:

“I live in a penthouse in the CBD and started to reimagine the use of space, I then pursued a course in interior decor and loved it. E. Zar Interiors is my other thing mainly working up to production design for the stage. I want to own a building someday and want to be able to design its aesthetic myself.”