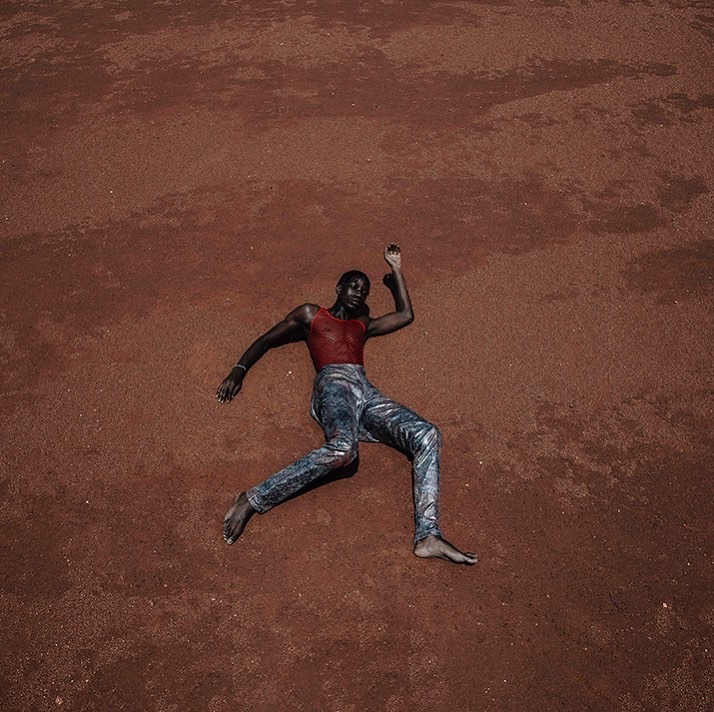 In light of a previous opinion-piece about the state of fashion weeks in South Africa, we decided to re-visit the topic with some additional insight from industry leaders.

For this week’s chat, we have Neo Mofammere, the founder and head designer of gender-bending athleisure brand Nao Serati – a brand we once tipped to be a possible LVMH nominee in the future.

What are your thoughts on fashion weeks in South Africa?

I really enjoy fashion week, especially SA Menswear Week. I think SA Menswear Week specifically is so creative with the way they show and who who they bring onto their platform. So it’s always a really good challenge just making sure that you have a place there, and by that I mean that you’ll gain the right attention while there. Because all the designers that show at SA Menswear Week are really interesting, cool and creative. So it’s always nice to show there. BUT, there are so many fashion weeks, so that’s a discussion to have.

But, I think the positives of showing at fashion week is that it’s a time for people to listen to fashion, so it’s almost like we all looking at fashion at one time. This is always good for us because it means we don’t need to necessarily get that audience of 500 on our own – we can work together to make that audience as designers so no one’s show will go unnoticed. The other positives are that you have runway pictures – everybody loves a good runway picture. I think it’s always good to have a runway image, it solidifies your place in fashion, and I think the world of fashion still respects a runway show. So, I do think that those are the things that need to be carefully looked at before shutting down all fashion weeks.

I think the negatives are that, in South Africa, fashion weeks don’t necessarily bring in a lot of business. A lot of back work needs to be done for you to bring business – just showing at fashion week doesn’t do it, it doesn’t do anything, really. We don’t really have a buying culture like the way they do internationally. So really, on my side, buyers see my images on Instagram from the runway and buy from that.

Another thing I wanted to say is that, I don’t necessarily think that your audience being an audience of bloggers and not commercial buyers – I don’t think it’s a terrible thing, I think it’s just a thing that needs to be worked around. The interaction that those people bring is still quite an important interaction. I don’t think we should shun influencers being in the front row because those influencers have a bunch of people that follow them that maybe you weren’t even considering talking to as an audience for your brand. So I think it’s important to have those people there. I just think fashion week as a WEEK doesn’t do the same on a business level as it does internationally.

Do you think that designers can ever get to a point where they transcend traditional fashion week platforms, and host their own shows?

So it has been done before. Eleni [of Origin Archival] and Rich Mnisi, and [others] – there were three or four of them – they had a fashion show of their own at the Alex Theatre and there was a good turnout. And it was a really good time in fashion actually, I was in about 2nd year or 3rd year. It would be interesting to research why they didn’t carry on doing that. But l think it would just be too expensive for a South African brand to do that unless they have some kind of sponsor or something like that. [But] a lot of brands are reluctant to sponsor fashion weeks and shows. Like how Mercedes dropped out of fashion week in general. So fashion is quite a risky thing to invest your sponsorship into.

But, I do think that South African designers should look into other ways to present their work, I just think it does become way too expensive for me on my own to have my own event where I don’t even know if anybody will listen. The nice thing about fashion week is that everybody is listening at the same time.

What do you think needs to be changed in order for our fashion weeks to be more credible?

I think that a bunch of work needs to go into our fashion industry in general. The fact that there are more than two fashion week corporations already is like, not great… it makes everybody have to concentrate three times over, which is unfair to the consumer, to the buyer, to the designer. So, as an industry, we need to all hold hands and be like, ”this is what we expect from each other, this what we need from each other, this is how we’re gonna push consumers to actually buy it.“

I think fashion week itself necessarily isn’t the problem. I think it’s the way that fashion in South Africa communicates. Because, are consumers buying? ‘Cause if consumers are buying, then we’d have a need for more buyers, we’d have a need for more stores. So it’s all like a tumbleweed sort of situation where – I don’t think it’s a complete solution – but we basically need to make the fashion industry that much stronger so that the fashion week is that much more important and helpful to the designer.

The whole system needs work but we all want to be designers and creatives. We also need lawyers, technologists, engineers, and scholars, and agents. But articles like this are a good start.