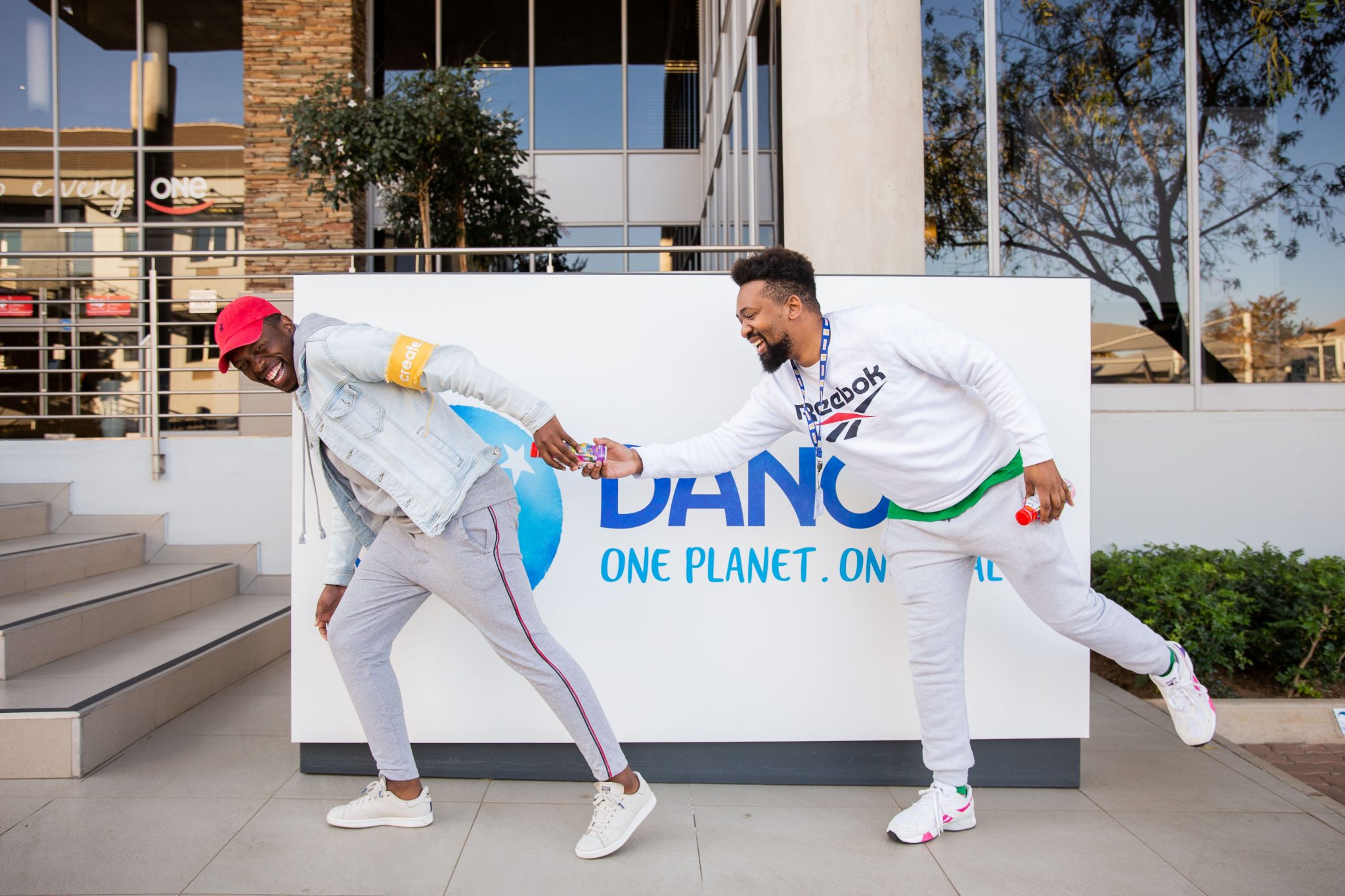 Yogi Sip’s Young@Art campaign makes a return following the success of the first installation which launched in June 2019.

Aimed to inspire the youth and fuel their creativity and dreams, the brand partnered with renowned designer, David Tshabalala popularly known as Slaying Goliath on the campaign, and in putting together an exhibition that served as a platform to showcase the talents of emerging creatives in our country.

The collaboration saw David redesign the Yogi Sip packaging for Youth month and thus resulting in him curating the Young@Art exhibition which took place at Braamfontein on June 16.

“The leading drinking yoghurt brand in the country approached me to design a youth inspired limited-edition pack to celebrate Youth Month. I used my face as the central theme and canvas for the typography, making the design my most personal collaboration yet,” says Tshabalala.

“I also branded the different flavours with 10 motivational quotes that have fueled my career and creativity over the years. “Never stop working on the biggest brand, you”, “Craft your work, and stay true to yourself. ‘Always’ and ‘Slay in your lane and believe in your true purpose’ are just some of the quotes to have influenced my approach to life and design” he concludes.

“The youth of today are the game-changers and we want to be a part of that by fueling their creativity for tomorrow. That’s why we collaborate with these young creatives” adds Thabani Khumalo, Brand Manager for Yogi Sip.

As part of the campaign, the brand called on emerging creatives to submit their best creative work and they could stay a chance to redesign the packaging for 2020, which will be printed and sold nationwide during Youth month.

Winner of the Young@Art exhibition is 23-year-old designer and illustrator, Masonwabe Ntloko who delved deep into his heritage to find inspiration for his design. Stay tuned for the second edition of this inspirational campaign.