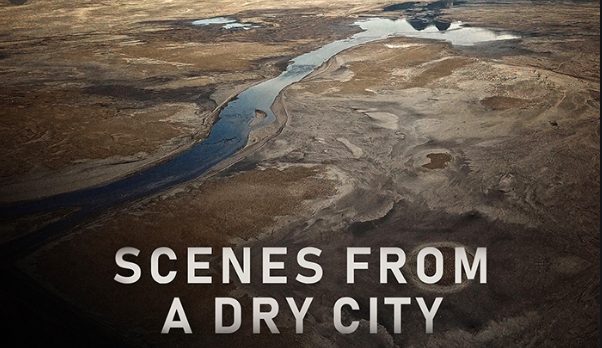 The World Press Photo Awards is widely acknowledged as one of the highest tokens of recognition granted to documentary stills photography and filmmaking around the globe.

Scenes from a Dry City, commissioned by Field of Vision in the US, reflects on the water crisis in Cape Town from different societal perspectives. “We thought this would be an unusual opportunity to gain insight into inequality in Cape Town,” says Verster.

The film consciously employs a cinematic rather than journalistic storytelling approach and has been widely commended for its cinematography, editing, sound design, and use of music. This year’s chair of the contest, Zoeann Murphy, also a visual journalist at The Washington Post, praised the film for its breathtaking camera work, saying the “artistry is amazing” and that it “makes climate change a little less abstract”.

At the online awards ceremony co-director and co-cinematographer, Simon Wood expressed his surprise and joy at the film winning the award: “I was completely stunned when I discovered we had won The World Press Photo Award. It was a prize I had often dreamt of but never thought I would be fortunate to win,” he said.

The film brings together the directorial and camera skills of two acclaimed documentary makers. Verster is known for his Emmy-award winning, A Lion’s Trail and films including Pavement Aristocrats, Sea Point Days, When the War is Over, The Mother’s House, and The Dream of Shahrazahd. Wood is known for his films Forerunners, Orbis, and The Silent Form.

Normally, the winning works of the World Press Photo Awards would go on an international tour to nine countries and 15 galleries. Given the limitations imposed by the COVID-19 crisis, the institution is currently working on an alternative distribution plan, details of which will be released soon.