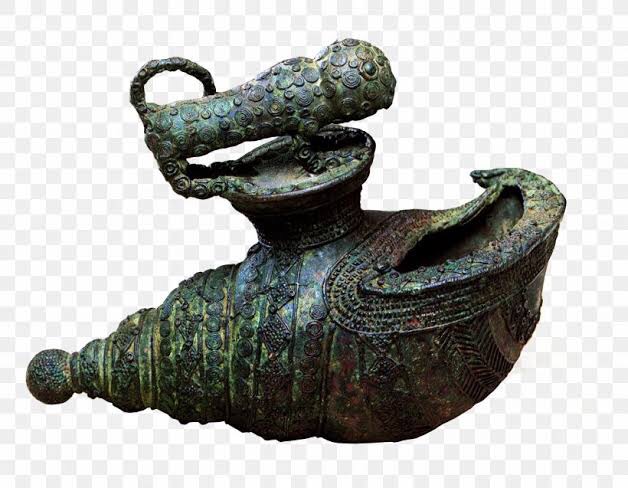 05 May #AfricaMonth: Art Through Time – A Look at 5 Eras of African Art

Over a number of centuries, Africans have used art as a way to preserve their rich, diverse cultures, their history, and African mythologies. Like many other groups around the world, Africans used their artwork to tell various stories and capture moments of their struggles and triumph.

While focusing on human figures as the primary subject and favouring three-dimensional artworks, Ancient African tribes made use of different forms of art to capture these moments, differentiate tribes, as well as for ritual or tribal ceremonial purposes.

These are some of the forms of art used in prehistoric times and the different eras of African art:

Studies have shown that the earliest form of art and creativity within the African continent is rock paintings which are dated around 500BC. Through rock paintings, we learn about ancient tribes and cultures, and we are given insight on how individuals living within this era viewed their spiritual and physical world.

The Nigerian Nok culture is known for the earliest documented sculptures, dating back to around 500BC to 200AD. These sculptures and many created after this period were made from natural resources such as grog and iron rich in clay. Sculptures were used to represent the African human form.

Dating back to 9th century AD, the Igbo-Ukwu of Nigeria carved out life-size heads, masks and smaller figures from bronze. Like this Nigerian tribe, the Yoruba people from Benin created similar sculptures known as the Benin Bronzes. Such works were often created for their Kings, and were a reflection of their beliefs.

In Ghana, during the 18th century, small cast copper and bronze cold weights were manufactured into different forms – animals, humans, fruits and abstract geometric shapes. These figures were much smaller than sculptures and metal carvings; many of them stood less than 5cm high. These also included cotton and woollen cloths from Mali, which had been preserved for over five centuries.

Centuries after the discovery of sculptures created from natural resources such as clay, bronze and brass, ancient Africans began exploring with wood to create similar artworks as that of their predecessors. Findings show that this form of art hailed from Zaire – now known as the Democratic Republic of Congo, in central Africa. Today wooden carvings and sculptures are still a popular form of art throughout the globe.