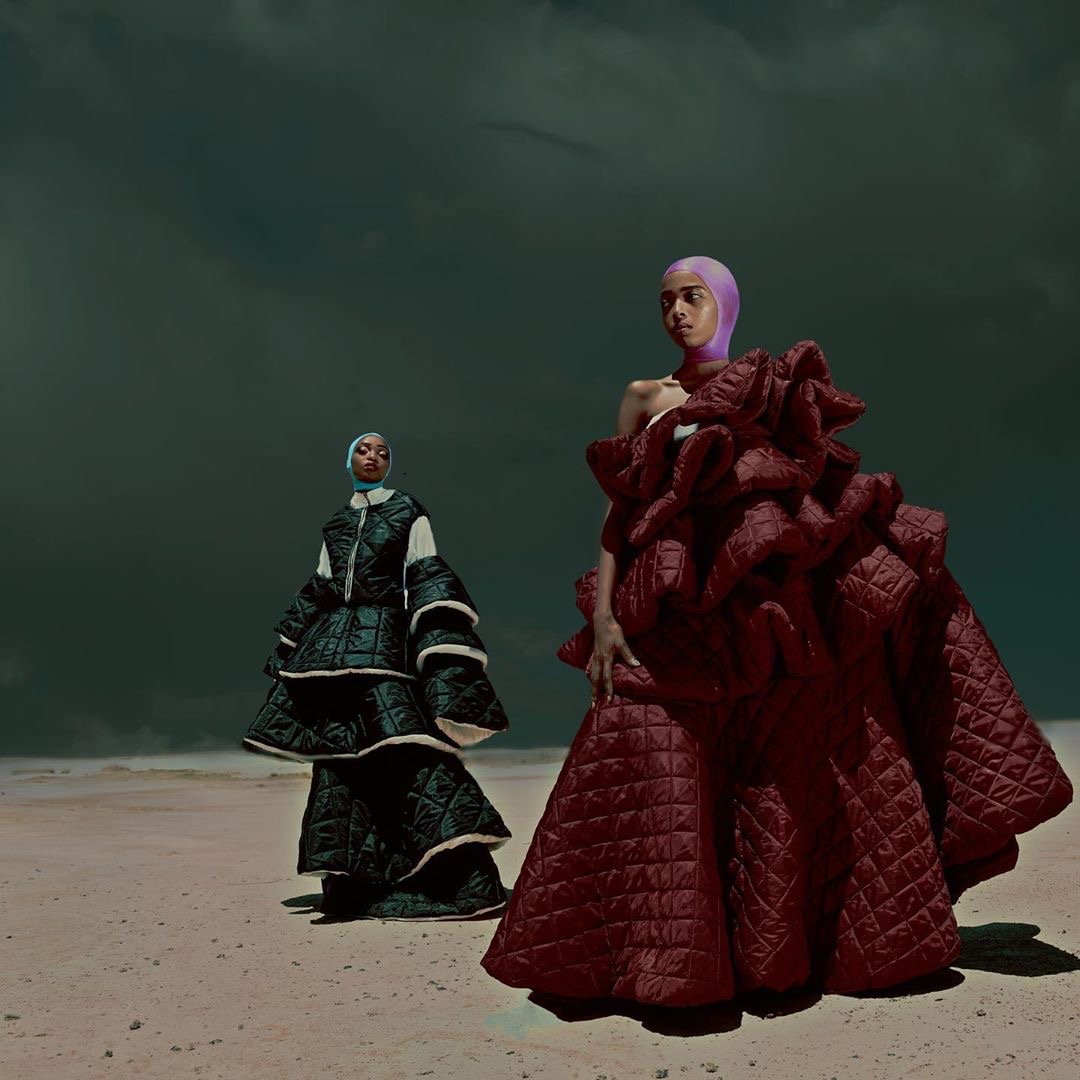 Siyabonga Mtshali is a 21-year-old fashion designer and stylist from Richards Bay in KZN and now based in Johannesburg. With a relatively young career, Mtshali’s brand Siyababa Atelier has already dressed the likes of Moonchild Sanelly, FAKA, Rich Mnisi, and his work has been featured on Thebe Magugu’s Faculty Press magazine – just a few testaments of the huge talent that the young designer possesses.

While he notes that he’s always had a keen interest in art, and had explored various disciplines within it from a young age, he claims he fully invested himself in fashion in Grade 9. A pivotal moment for this foray would come when he and some childhood friends formed a fashion collective – an event that would plant a seed for his current ventures:

“We formed a group called THE Movement consisting of 10 members where we appointed ourselves as stylists, curators and designers, which was a very successful business despite our [young] age, running for 3 years before splitting. This really opened up my eyes to fashion. Without this there would be no Siyababa Atelier,” Mtshali says

Being from the KZN, the birthplace of Gqom, it’s not surprising that it’s sound and culture influenced (and still influences) what Siyababa is today:

“I’m heavily inspired by underground horror Gqom. I design around this upbeat music, envisioning the choreography of the show before picking up a pen,” Mtshali says.

Upon moving to Johannesburg to study fashion at LISOF, he was out of place, but he wouldn’t let that get in the way of his own goals:

“I didn’t have a ray of industry connections nor the key to gate keepers. I was new to Johannesburg and all I had was a dream and some talent to offer. I used those two factors to force my way in, which took a couple of years to find my place and I’m still not comfortable as yet.”

But Johannesburg wasn’t all gloomy for him, as some friendships he’d make would prove to be impactful for his own career:

“Amy Zama became a friend and a mentor over the years, initially becoming an important factor in the development of Siyababa Atelier. She strengthened my weaknesses through immense pressure and crazy deadlines to gain her trust and investment in my craft. She awarded me various jobs allowing me to cross paths with people I call clients today.”

Mtshali regards Siyababa as his alter-ego that is “overloaded with sex, rebel-lioness and a disgust for peace. They share a body with Siyabonga and have became creative companions.” The brand that’s named after this alter-ego stays true to its creator’s ambitions, as its visions of sex appeal and rebellion are acclompished by the flamboyant, voluminous designs that the brand is known for. Calling the brand gender non-conforming would be a huge understatement for its grandiosity. Siyababa Atelier is void of any limitations; be it gender, appropriateness, functionality, and sometimes even wearability. All that matters is that a statement is made when you’re in a Siyababa piece.

This flamboyance isn’t without its detractors though, unfortunately, which is a struggle that Mtshali is still coming to terms with:

“As a conceptual and avant-garde designer, it’s been relatively hard navigating my way through corporate fashion in South Africa. My designs are seen as too extreme to be represented for the conservative South African market,” he says.

The detractors aren’t enough to get in the way of Msthali’s success though, as Siyababa is set to release its first collection and make its runway debut this year:

“Siyababa Atelier was scheduled to release its first RTW this May but due to COVID-19, the release dates have been postponed but we are set to release our second avant-garde project this October at AFI which I strongly believe it’s going to be our best work yet.”