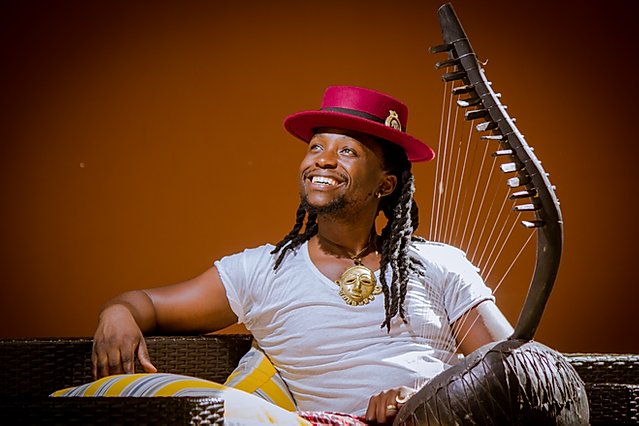 For this feature of AfricaMonth, we shine light on Kenyan musical artist, Fadhilee Itulya – a guitarist whose music unveils authentic Kenyan sounds.

Itulya’s Jazz-like, traditional musical style is inspired by a type of instrumental music – particularly the guitar, called Omutibo from the Luhya people of Wester Kenyan. His music has elements of Acoustic Folk, Pop/Dance, and African/Kenyan culture.

The musician counts the music of Malian artist, Habib Koite; Ayub Ogaba from Kenya; Jamaican Reggae artist, Bob Marley; and Cameroonian musician Richard Bona as some of his musical influences.

His professional music career kicked off in 2008 while featuring on the Nairobi Alliance Francaise compilation album titled ‘Spotlight on Kenyan Music’. Since then, Ituya has performed on worldwide stages for a number of festivals and events; including Cool Waters Jazz Fest in Kenya,  Doa Doa in Uganda, Karibu Music Fest in Tanzania, Sauti za Busara in Zanzibar,  Afrima Awards in Ghana, Paxos Reggae Festival in Greece, Allsång i Linnéparken in Sweden, Luchhtturm Festival in Switzerland, SOFAR OSLO in Norway, and many more.

Outside of his musical and live-performance career, Ituya hosts Fadhilee’s Garage; a monthly concert series. Additionally, he has the rare honour of being one of the eight global brand ambassadors for SWINTI – a distinguished brand of Swiss timepieces.