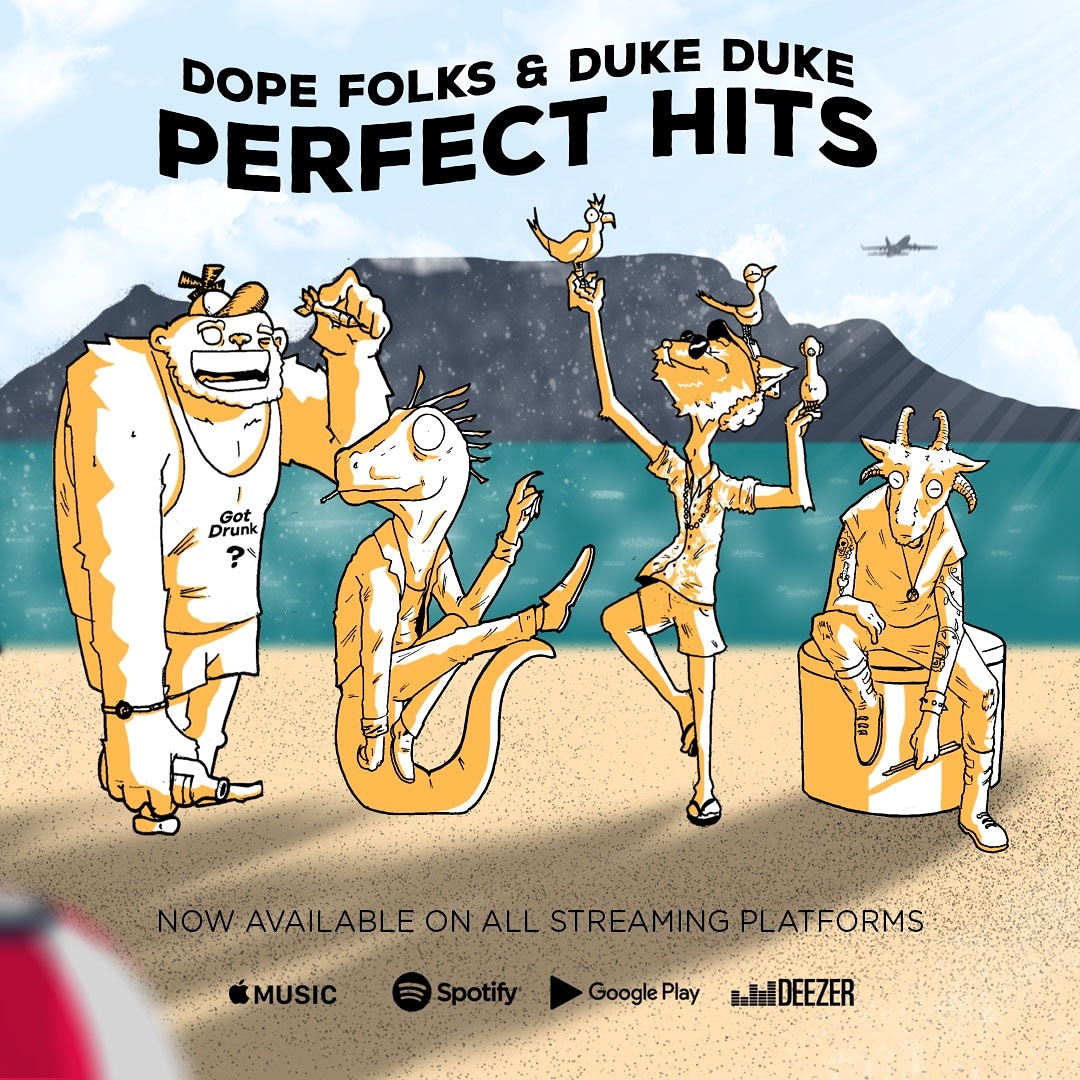 Its music video introduces us to a fearsome foursome of musical comrades comprised of a polar bear, fox, raptor, and goat. These folks want nothing more than to play gigs and ‘literally just vibe’, but somehow the universe always has a different plan. We find our heroes on their way to Cape Town, mere moments before a mysterious alien race invades Earth. Will the gang get out of this alive? Why do the aliens have a radio fetish? Is this 5G related? The answer to all these questions and more – is ‘maybe’.

The video was animated by local illustrator and graphic novelist, Stefan Schmidt, owner of On The Fly Designs. Schmidt has been working with the band since it’s inception in 2017 and together they designed avatars representing each of the original members which feature throughout all of Dope Folks’ promotional material.

The 5th character in the video (the tiger on the plane) represents Duke Duke, who emigrated to Korea in January. The entire song was written and recorded in a spontaneous collaboration days before Duke’s departure, it was recorded and mixed within a week by Jon Shaban at Sit The Folk Down Studios in Cape Town, and mastered by Tim Lengfeld.

The music video is the first entry in a series of animated adventures set in a fictional version of Cape Town. It is filled with mystery, adventure, aliens, and explosions, and that’s just the first episode. The band invites their fans and fans of SA Indie music to join in and watch the story unfold.