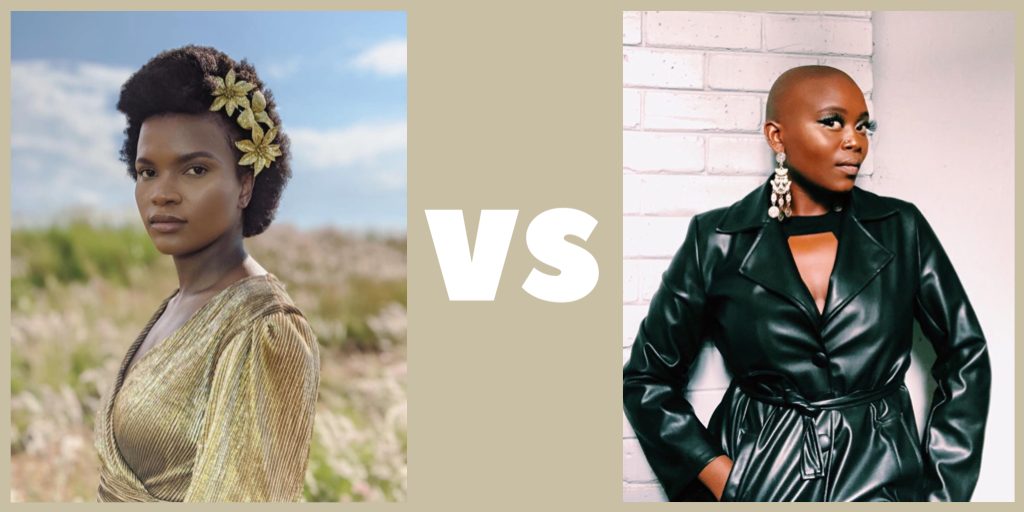 Given the tragedy that is unfolding around us, Instagram Live music battles between two big names across a number of genres in the music industry have been a great way to keep entertained, and watch some of our favourites interact in real-time.

Having watched these live performances that took us on a short trip down memory lane, we decided to put together a list of some local artists we would like to see go head-to-head for a friendly battle.

Over the years, Langa Mavuso and Bongeziwe Mabandla have stolen the hearts of fans and music enthusiasts with their harmonious sounds that many would describe as therapeutic. An Instagram Live battle between the two would be a soul-filled session fused with Mavuso’s R&B/soul sounds, and Mabandla’s enigmatic spirit of African soul.

Ami Faku and Zoe Modiga are talented songstresses that can easily be described as South Africa’s fastest rising stars within the music industry. Both Faku and Modiga’s sounds lean towards jazz, they create music that allows the listener to relate to in a number of ways.

Two prominent females in South Africa’s hip hop scene; both with different sounds, styles, and approaches. Rouge and Nadia Nakai have featured on a number of famous hits that have come out of the country.

Another battle between hip hop/rap artists we would be excited to see is Yanga Chief vs Anatii. They are both Xhosa artists who broke into the industry and have since received recognition for their talents. Evident in their music is the use of their native language, isiXhosa.

Thandiswa Mazwai is a Soweto-born vocalist and songwriter who fuses traditional funk jazz, house, and Afrosoul. Simphiwe Dana is a Xhosa singer and songwriter with a unique combination of jazz, afro-soul, rap, and traditional music – similar to Mazwai’s sounds. Both of the female talents are influential musicians in South Africa’s music scene.