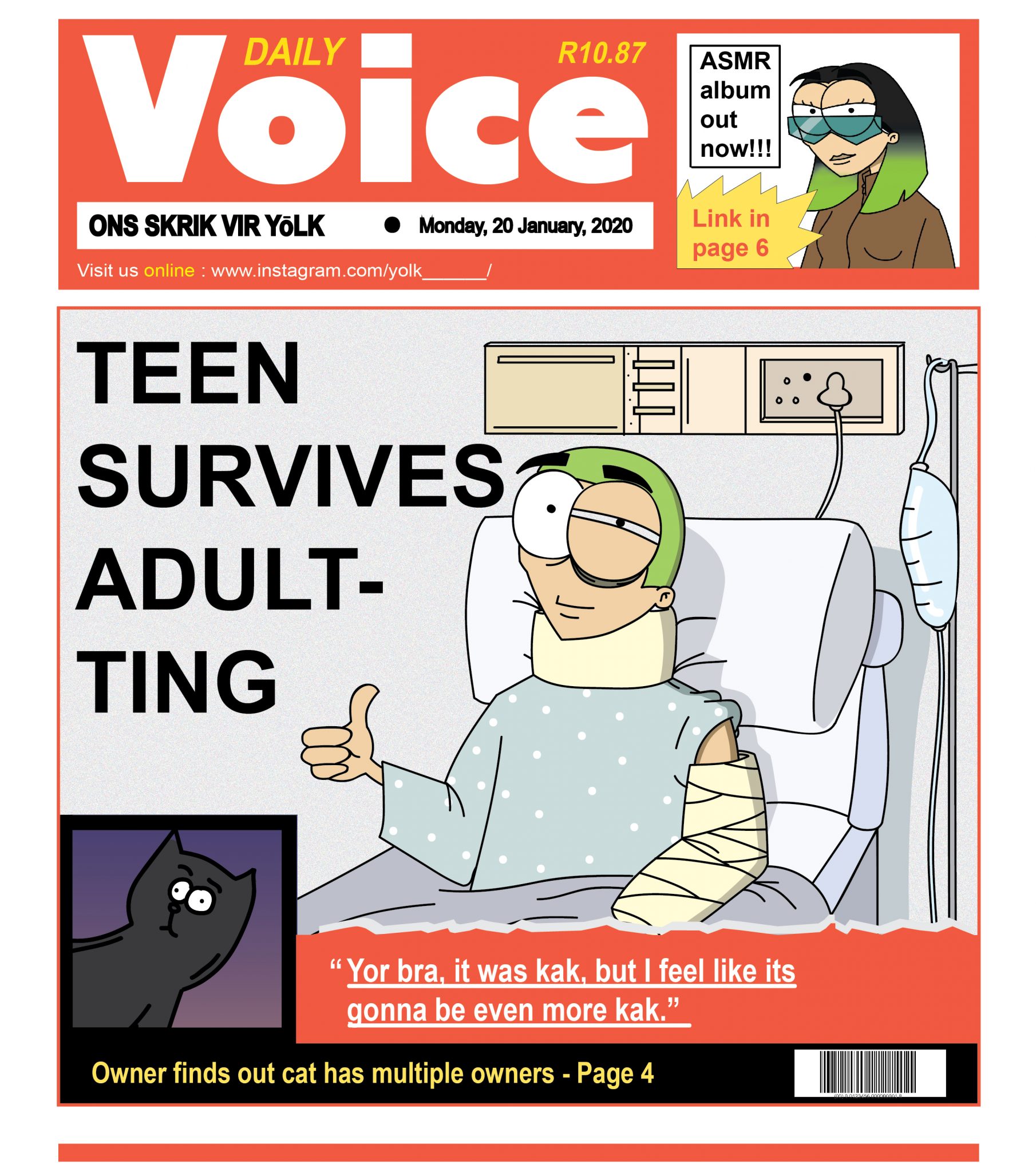 Posted at 12:17h in Digital, Featured, Pulse by micheedwards
0 Likes

When Herschel Links is not playing dad to his dog Bruno, skating with friends, and trying to find answers to burning existential questions, he plays maker of his own world as Graphiti artist and Cartoonist YOLK. Always responsive to his artistic and expressive nature, he took it up a notch in 2018 when he decided to create his own cartoon characters. In his work lies his organic life encounters and bits of his personality. An array of Yolk’s cartoon strips delve into fragments of the Cape colored dialogue. He used this as his tool to show the need for more representation of the colored culture in art spectrums.

“I get inspiration from Japanese anime like One Piece and Naruto. Not only is it exciting, funny, and contains good use of color, but the characters constantly portray the belief of not giving up and to keep evolving [and I take that into consideration].”

Through his comical-like artworks he creates a place of ease, allowing one to giggles here and there. “I want people to laugh and smile or even be like ‘That’s so true’ or ‘Daaamn’ but in a good way.”

“My work really helped me to express what I think and feel, and at the same time allow others to understand and relate to it.”

Dedicated to expanding himself and his craft, Yolk is currently collaborating with animators as he transverses the avenues of animation. While at that, the artist is simultaneously dabbling in a new medium and is working on an A1 canvas painting.