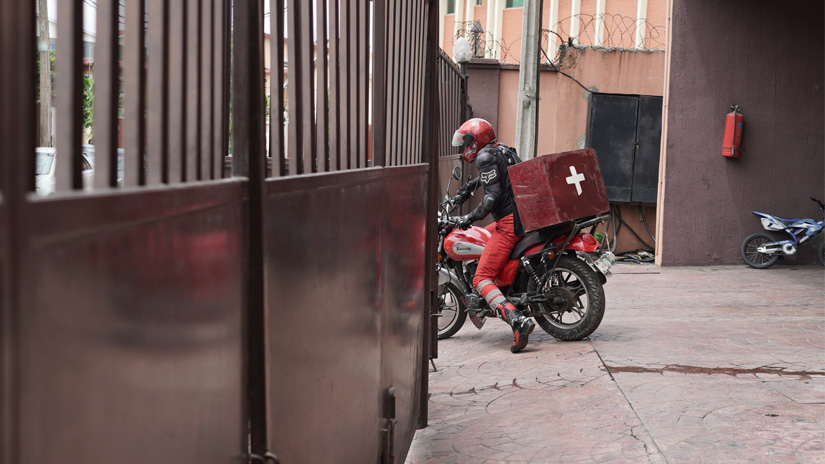 One can only imagine the agony women go through during child delivery. You may have heard about it or maybe seen it in a movie. But, this documentary shows you the real thing.

Yearly, thousands of women lose their lives or that of their child during childbirth, as a result of complications or loss of blood. According to WHO between 2005 and 2015 alone, over 600,000 maternal deaths and no less than 900,000 maternal near-death cases occurred in Nigeria.

Anchorlight, an American film production company collaborated with a Lagos, Nigeria-based video production company SPS Media Nigeria, to produce a documentary that highlights Lifebank, a key player in the Nigerian health sector that is helping to reduce incidents of maternal deaths through technology and fast motorcycles. This documentary was commissioned by Google.

The 17- minute documentary follows Joseph, one of the fastest blood delivery riders at Lifebank, as he races against time to deliver blood to a hospital to be used for pregnant expecting moms who desperately need it. As he weaves through hectic Lagos traffic to make the delivery, anything could go wrong. It is a challenging yet exhilarating ride all the way to the labour room.

The documentary was directed by award-winning American director and filmmaker Jon Kasbe, and Director of Photography, David Bolen.

Due to the pandemic, BLOOD RIDER is virtually premiering at We Are One: A Global Film Festival (YouTube-hosted Cannes, Tribeca, Sundance collaboration)

Blood Rider is available for streaming on YouTube. Watch here: