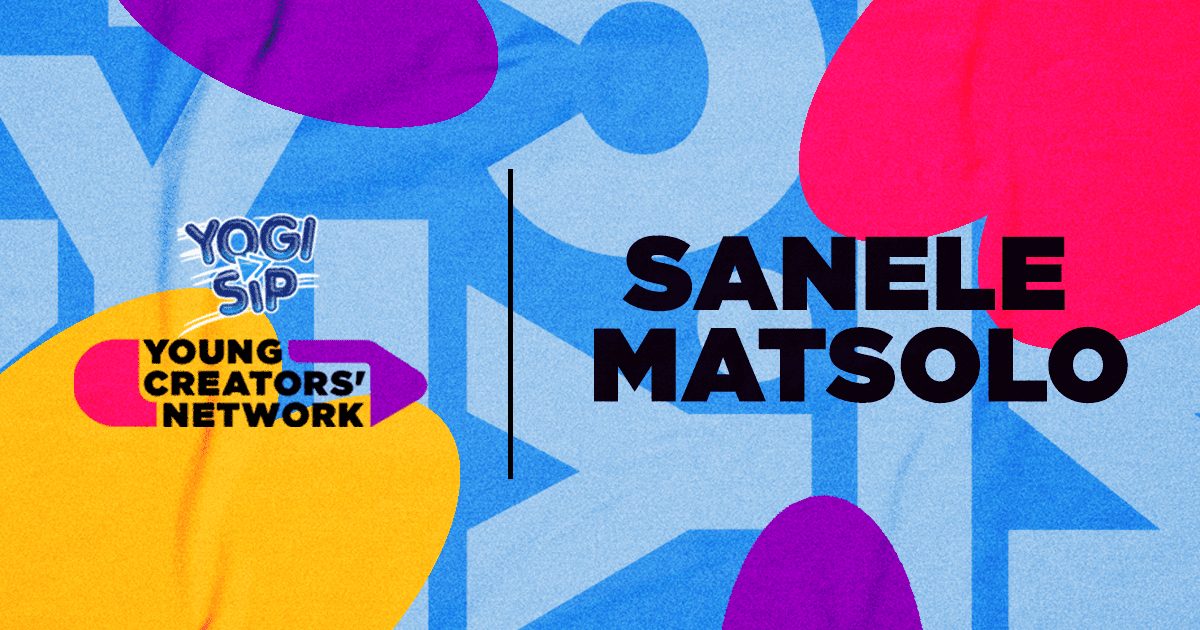 Standing firm on their belief and purpose to fuel as well as inspire creativity amongst youth, Yogi Sip’s Young Creators’ Network gives emerging creatives the platform to showcase their talents to a wider audience and grow their careers. Earlier this year, the brand called on creatives, illustrators and digital designers to submit their work to stand a chance to design the brand’s limited edition packaging for 2021’s Youth Month celebration.

“I want to achieve a lot, really. Being a self-taught creative means that [you have] to work twice as much, and that sometimes [it] could be a drag when it comes to people not knowing you, so this platform helps a lot in creating an image for a creative and giving us the ability to be seen.”

Born and raised in Soweto, Matsolo’s childhood and upbringing played a major role in his decision to take the creative route. In grade 4, he developed a love for drawing cartoon characters; a love inspired by cartoon artist, Zapiro. He exercised his talent throughout his schooling years and was afforded the opportunity to showcase his artwork at an art and craft event held at the Soweto Theatre. The event exposed Matsolo to various mediums, but he was, however, drawn to photography.

“I ended up showcasing at Soweto Theater for their art & craft event, I then happened to fall in love with a lot of art mediums but the one I fell for the most was photography, but didn’t know anything about it,” he shares.

In 2016, he saved up and bought a camera, and using only YouTube videos, he began learning about the ins and outs of photography and filming. “In 2016, I started my own brand doing logos and posters. I made a friend who had more knowledge in design, I took some tips from him. After some time, I decided that I have to do more than just design, that’s when I saved up some money whilst on the other side designing and planning how I would start emerging myself. So I saved up [and] bought a camera, it was a CANON 550D. I started taking pictures using YouTube videos to learn how to take pictures” he says.

Matsolo, a storyteller at heart, creates soulful work with a nostalgic feel, work that allows the viewer to relive moments shared with friends, family and their community. His work focuses heavily on societal issues and is inspired by his surroundings as well as his observations from the community he was raised in.

While speaking of his artistic influences, he includes South African creative Justice Mukheli, Seth Pimentel and David Tshabalala. “These creatives have different workflows and crafts, but the one common thing they have is the love of giving back to us as young upcoming artists. Its not about the likes or popularity, rather it’s about the teaching and learning when it comes to telling stories and creating amazing content,” Matsolo says.

Matsolo shares that a lot can be expected from him in the near future; from visual storytelling to art and design. He also shares that his major goal as an emerging creative is making a name for himself within the industry and share his knowledge with upcoming designers and individuals taking a similar path as his.