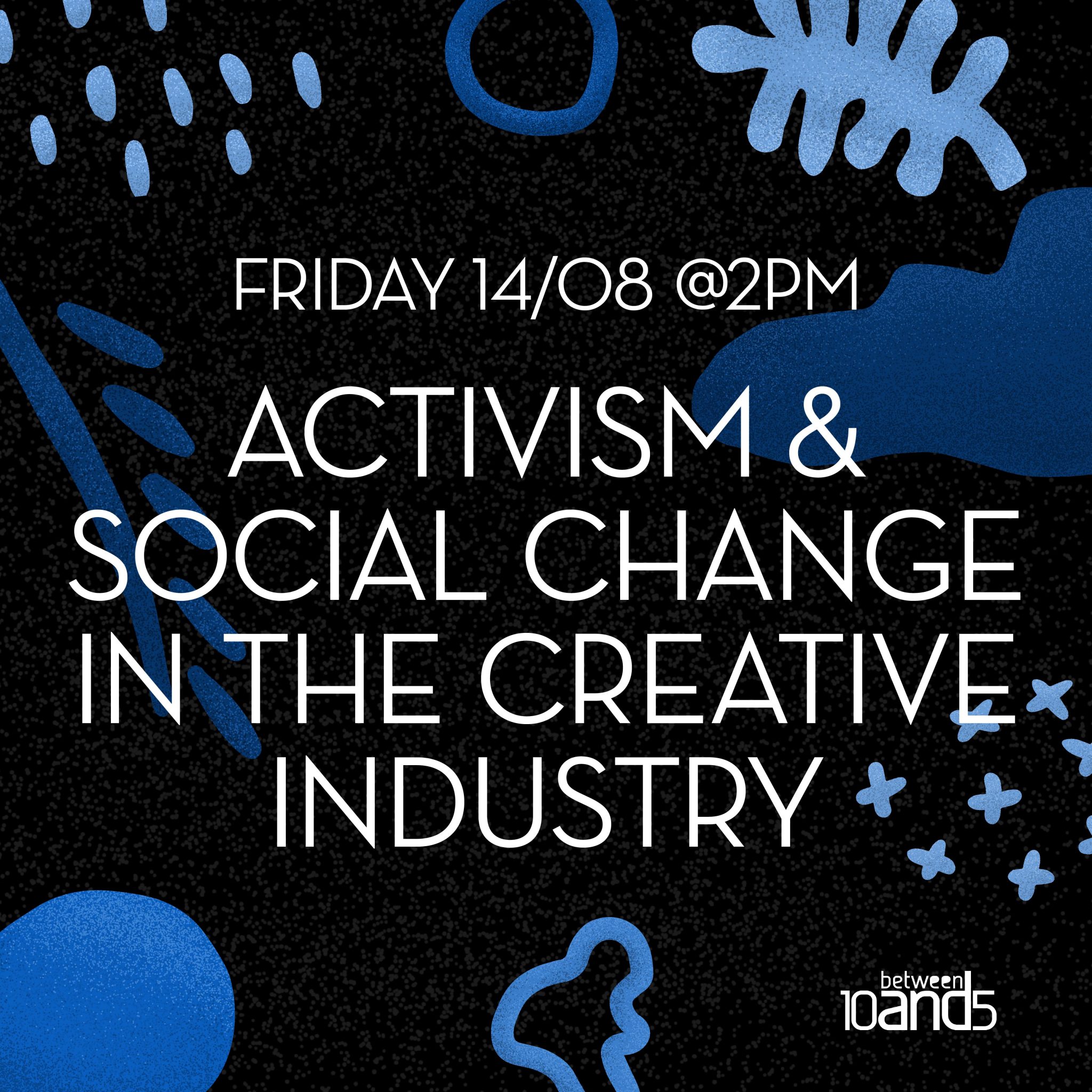 12 Aug Activism & Social Change: How are Individuals in the Creative Industry Fostering Change?

A number of people in the South African creative industry use their platform to advocate for a range of rights and give a voice to the voiceless. Women in the industry have particularly taken a stance against gender-based violence, femicide, and gender inequalities.

For our webinar themed Activism & Social Change in the Creative Industry, we bring together three incredible women who aim to foster change through their craft. They will unpack and discuss the many ways they use their platforms and voices to express solidarity and advocate for women’s rights in South Africa.

We invite you to join this insightful webinar, which will take place on Friday, 14 August at 2pm.

As a performance artist, her work focuses mostly around women and the daily struggles women endure in a world still dominated by patriarchy.

The curator and founder of ANON. Pop-up Art Show, Sarah Jayne Fell is a content creator, writer, multimedia publishing specialist, and art enthusiast. ANON. Pop Up Art Show is an art activist platform that gives voice to important social issues and has, to date, focussed in particular on the role of women in art, the movement against gender-based violence; through her multi-venue show RISE, which ran from October 2019 – February 2020, and included a panel discussion on Art and Activism for the international Salonfestival.

Bester also runs a content agency in Cape Town called One Day Company, specialising in brands in the creative industries and lifestyle sectors. Additionally, she is a founding member and Head of Digital of Lifestyling.co.za, a newly launched online design, and lifestyle publication. Over and above that, she is a founding member of the Obs Pasta Kitchen volunteer group in Observatory, which uplifts homeless and vulnerable members of the community through feeding schemes and empowerment programmes.

Lerato, an activist at heart – is an influencer, brand innovator, and Head of PR at a Johannesburg based agency. She is an award-winning creative and marketing industry veteran with more than 15 years of experience in PR, Influencer Marketing, events, and brand development.

As a natural-born influencer, Lerato became a household name after taking part in two seasons of Big Brother Africa, where it was already clear that she represented the modern African woman. More importantly, she has become a household voice, in her own right, in the fight for the dignity and rights of women in patriarchal societies like South Africa. She uses her influence and voice to highlight gender-based injustices with the intention of holding society accountable and achieving social and legislative change.

TLC Next Great Presenter Winner, Carissa Cupido is a well-known radio and TV host, as well as a digital content creator. The vibrant media personality has hosted shows on South Africa’s biggest youth radio platforms; including Good Hope FM and YFM. Cupido has presented her own shows on Discovery Network’s TLC Africa and co-hosted the SAFTA award-winning talk show, Thando Bares All, alongside Thando Thabethe.

Register for the webinar here.