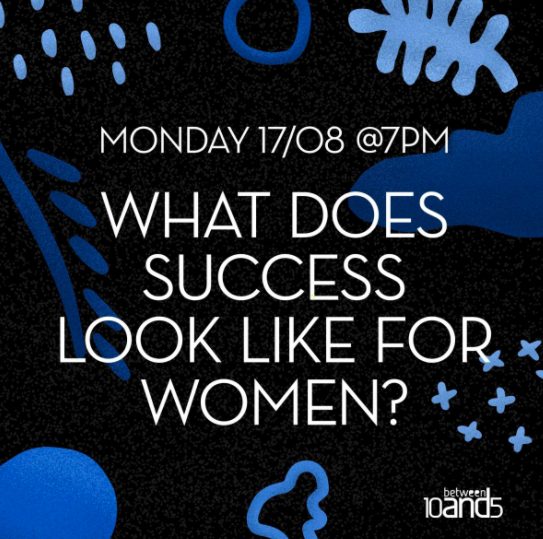 14 Aug 10and5 Presents: ‘What Does Success Look Like for Women?’ Webinar

What is success? How does one define success and who dictates what it looks like? While research shows that men are driven by power in the workplace, women have a different idea of what makes for true success.

On Monday, 17 August, our panel of women industry leaders will answer these aforementioned questions and delve deep into the topic of what success looks like for women in South Africa, as well as women taking up space and cementing themselves in industries often dominated by men. We will bring together a mix of women entrepreneurs with a powerful presence within the industry to share some insight and career experiences; these women include Nkgabiseng Motau, Hannah Duxbury, Rorisang Thandekiso and Hawa Hyath.

Get to know the speakers:

Motau began her career nine years ago at Ogilvy Johannesburg as an intern, and since then, she has been breaking ground. She has judged the Loeries, Young Cannes Competition and the Pendoring Awards, and forms part of the Creative Circle Exco Committee.

Hannah Duxbury is a trained chef, passionate about farm-to-table cooking and celebrating food. After finishing off high school, Duxbury studied medicine for two years before changing to Business Science, and upon completing her Organisation Psychology Honours degree, she moved to Ireland, where she attended Ballymaloe Cookery School, in Co. Cork. Soon after that, she made the decision to pursue her passion and focus on a career in the food industry.

She is currently a Director at Granadilla Eats – an Online Farmer’s Market born out of the vision to help small scale farms and businesses in South Africa during the Covid-19 pandemic. The Granadilla Eats team is committed to continue supporting small and local businesses and farms, and while doing so, ensure conscious consuming.

For television personality Rorisang Thandekiso having the gift of the gab has come in handy. Born in Bloemfontein and later raised in the Vaal Triangle, south of Johannesburg, this 30-year-old has risen from debate diva to popular presenter in a few short years.

Having garnered quite a bit of attention as someone who is skilled in the art of debate, by 2008 Rorisang was noticed by some high profile players in the world of business. As a result, her matric year at Riverside High School started with Anglo-American and the Sowetan newspaper giving Rorisang the Young Communicator of The Year Award.

Although Rorisang didn’t see herself being on TV when she was growing up, she does have big plans for what she wants to achieve with her celebrity. She says, “I want to feature in a few commercial appearances before having a talk show discussing the current affairs.”

Over the years, a newly found love in Rorisang’s life has been music, “being part of a band has been music. With the beautiful funky music Muzart has birthed, Soul Candi only saw it fit to take the band under their wings. Rorisang’s band, Muzart, has performed on the most highly acclaimed stages such as Bush Fire Festival (Swaziland) and Cape Town Jazz Fest.

Hawa Hyath is the country Marketing Director at Vivo; and is responsible for spearheading the global Smartphone Brand into our local South African market. She is formerly the Regional Marketing Director with Huawei Technologies Middle East & Africa.

Hyath’s areas of focus are Strategy Development, Business Development, Digital Innovation & Premium Marketing. Collectively, she has garnered 19 years of experience across multiple industries; including Telecommunications, Banking, Information Technology, as well as Marketing within the FMCG environment for major brands such as Coca-Cola, Samsung, Vodacom, Huawei Technologies.

The conversation will be moderated by Danielle Bowler, who is a culture editor, writer and musician. Currently, at New Frame, she is the former Managing Editor of ELLE Magazine and has bylines in Mail & Guardian, Eyewitness News, Cosmopolitan, Africa is a Country and Superbalist, among other publications. Bowler is part of the team at Bloom, a platform for creative women entrepreneurs and freelancers by Mamakashaka creative agency, where she is the host of their bi-weekly conversation series.

Register for the webinar here.