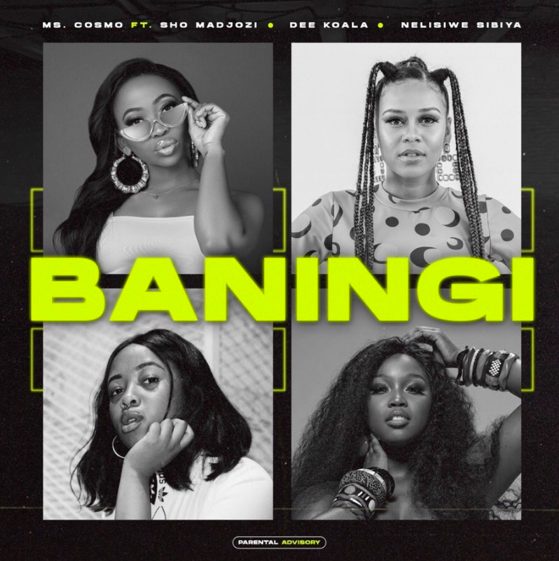 Regardless of the events that have unfolded in the world around us, South African artists have proven that the show must – and will, go on. Throughout lockdown, we’ve seen musicians continue creating and releasing new sounds – keeping fans entertained. At the end of each week, we’ll be sharing what creatives have been working on during the pandemic. Check out our list of new music releases that caught our eye in the past week.

Baningi brings to life the different personalities, sounds and style of these female talents. The single intends to communicate that women are a force to be reckoned with and have the strength to conquer the world.

Wavedave and SZN go to Horizon Deep as Georgie Zamdela in this classic music video. Zamdela is a hip hop jam inspired by Georgie Zamdela, a fictional character from a popular South African soapie who is known for his outgoing personality. Wavedave explores themes that are unique to his African dream, alongside SZN who incorporates a hard-hitting vernacular verse. The music video was directed, shot and edited by Steve Mozwandile and produced by Wavedave.

Emerging Nelspruit-born artist, Benny Chill returns to the music scene with the release of his highly anticipated six-track EP, Rising Son. The hip hop/rap artist’s EP features tracks such as Yebo, Popstar, and Wish, to name a few.

Just Jabba makes a return to the game with his first single of 2020 titled Issa Lot. The bougie pantsula comes off the back of his sophomore EP Not 2 Bad 4 A PANTSULA and after a 10-month hiatus, Just Jabba proves the time has been spent well, working on new music. The single, produced by Zimbabwean producer, Mclyne Beats, features Just Jabba’s signature bounce and energetic flows.

South Africa’s Female Artist Of The Year, Eastern Cape’s South African Voice of Modern Afro Soul, Ami Faku, is reimagined by EA Wave (East African Wave), a music/art collective redefining the sound of East Africa, with a 5-track EP of some of her biggest and most loved songs to date.

The EP adds to South Africa’s most accoladed newcomer’s highly impressive catalogue of music that has earned her the stripes as Deezer’s Top streaming South African female artist of 2019 and seen her dominate radio with up to 5 singles at a time charting in the Top 100 on Radiomonitor.

Courtnaé Paul – Got Next EP

Internationally recognised DJ, B-girl and choreographer, Courtnaé Paul has released her debut singles in the form of a 3-track debut EP, titled Got Next.

The entertainment powerhouse expresses: “Got Next as my first musical offering is a look behind the curtain into the multiple layers of me. The sounds cross-genre from Hip Hop, to Funk and even a touch of Afro. These are the sounds that best describe my style and are only a glimpse of what’s to come.”