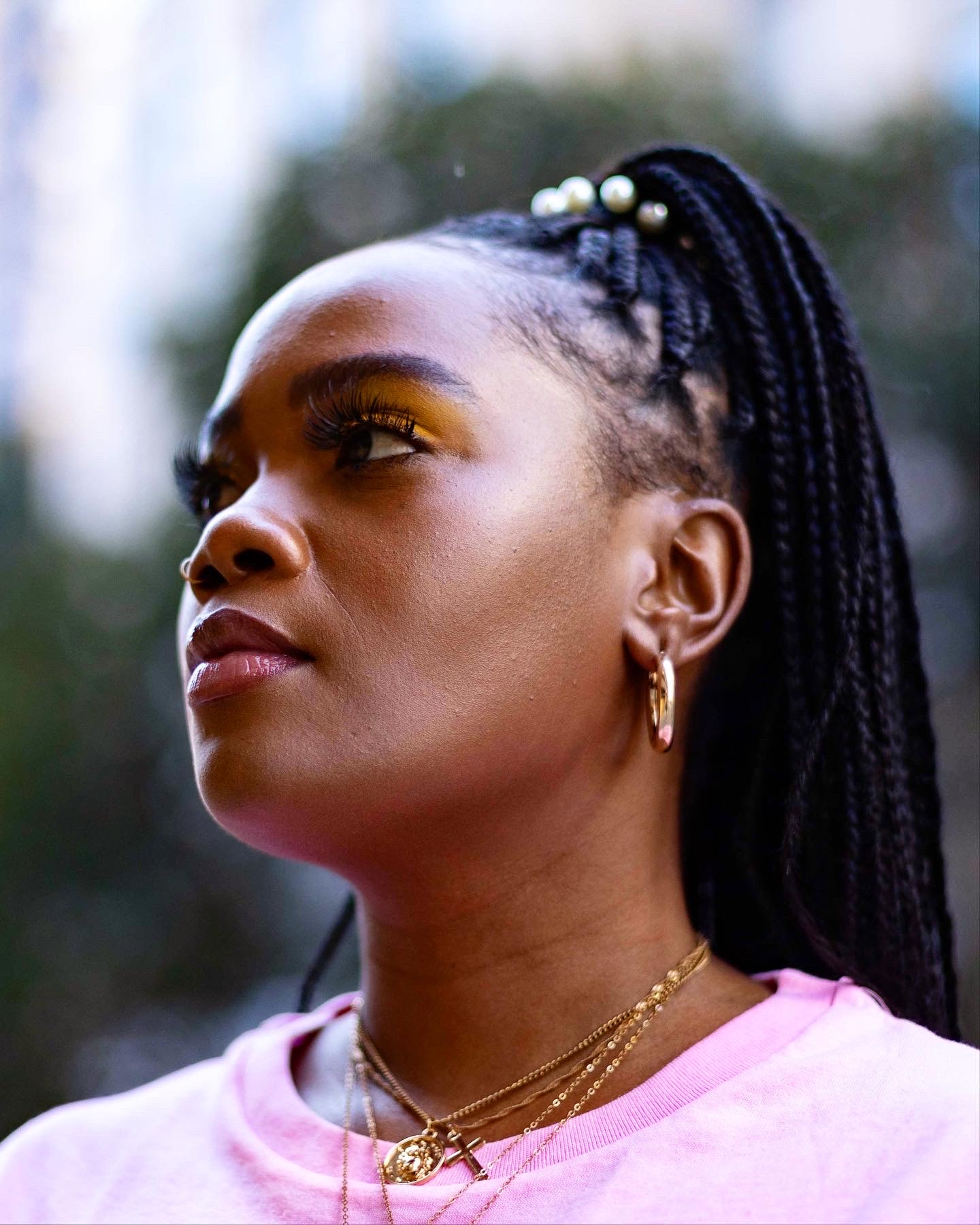 22 Sep The Art of Transition: Why Phola Gumede Decided to Change Her Tune

Posted at 10:28h in Freelance, Music, Pulse by Thabang Buthelezi
1 Like

Phola Gumede’s playlist ‘No One Begs Anymore’ is guaranteed to take you on a trip back to the 70’s and 80’s – it features the likes of Dianna Ross, Harold, Melvin & Blues Notes, The O’Jays, Lenny Williams, and Glady’s Knight. It’s smooth and beautifully curated – a real treat for your ears.

According to Spotify, a teens’ music taste is dominated by incredibly popular music, this proportion drops steadily through peoples’ 20s, before their tastes “mature” in their early 30s. During the teenage years, we embrace music at the top of the charts more than at any other time in our lives. As we grow older, our taste in music diverges sharply from the mainstream up to age 25, and a bit less sharply after that.

Notwithstanding the fact that Phola looks young, her taste in music is as mature as the world’s oldest bottle of wine.

I reached out to Gumede to chat with her about her career transition for our ongoing series ‘The Art of Transition’ which identifies and profiles creatives who have made the daring act of going after their dreams. Although she is popular for her great DJ’ing skills under the byname ‘LoveSlavePhola’, we get to know who Phola Gumede is.

Please tell us about yourself. What do you do and how did you get into the creative industry?

I am an urban culture enthusiast, DJ and I’m currently freelancing in Digital Marketing.
I got into the creative industry by exploring my interests which are primarily music and street culture. A friend of mine taught me the basics of DJing which then turned into me playing at friend’s events, which then lead to me being a DJ.

What influenced your most recent artistic venture?

Tell us a bit about your upbringing and how music played a role in your life growing up.

I was born Eshowe in KZN but primarily grew up in Joburg, and I was lucky in the sense that both cities had a pivotal influence on my upbringing.
A lot of r&b and old school music played at home, especially on Sundays, and that definitely influenced my music taste as an adult and influenced the type of music that I play.

Can you also tell us about your style or sound preferences; what’s your favourite genre?

My style is definitely influenced by old school type vibes and my sound preferences are mellow, hip hop, boom-bap. My favourite genre is definitely r&b without a shadow of a doubt.
I just love how the melodies and vocality of most artists make the emotion of a song almost palpable.

What and who are your artistic influences?

Are you able to blend your 9-5 with music? If yes, tell us how you are able to marry the two different worlds.

I’m currently freelancing so the two definitely blend. I use social media to promote/market my DJ gigs, playlists, etc.

Why is it important for creatives to have different creative outlets?

I think it’s important as creatives to have various interests in creativity by default. The amazing part about it is that they usually feed into each other and can be explored as one grows.

Should companies encourage their staff members to explore other artistic ventures? What was your personal experience like?

It is super important for companies to encourage their employees to explore other artistic ventures. I think as creatives we aren’t one dimensional and we constantly in search of new ways to express ourselves. We’re constantly evolving. My personal experience hasn’t been great as my other avenues of creativity were not necessarily supported so I now know that I would never compromise my creative career for a 9-5 if it isn’t supported and/or encouraged.

Take us through your creative process, how do you prepare for a gig?

Prepping for a gig involves me listening to a bunch of music then compiling a tracklist with the vibe I think would be dope for the gig.

What’s the best thing about being a young, gifted woman in the South African creative scene right now?

The best thing about being a black woman in the creative South African scene right now is that we’ve now realized our potential and power and we’re fully tapping into that.

What are you currently listening to?

Can we expect an EP or music produced by you in the near future?