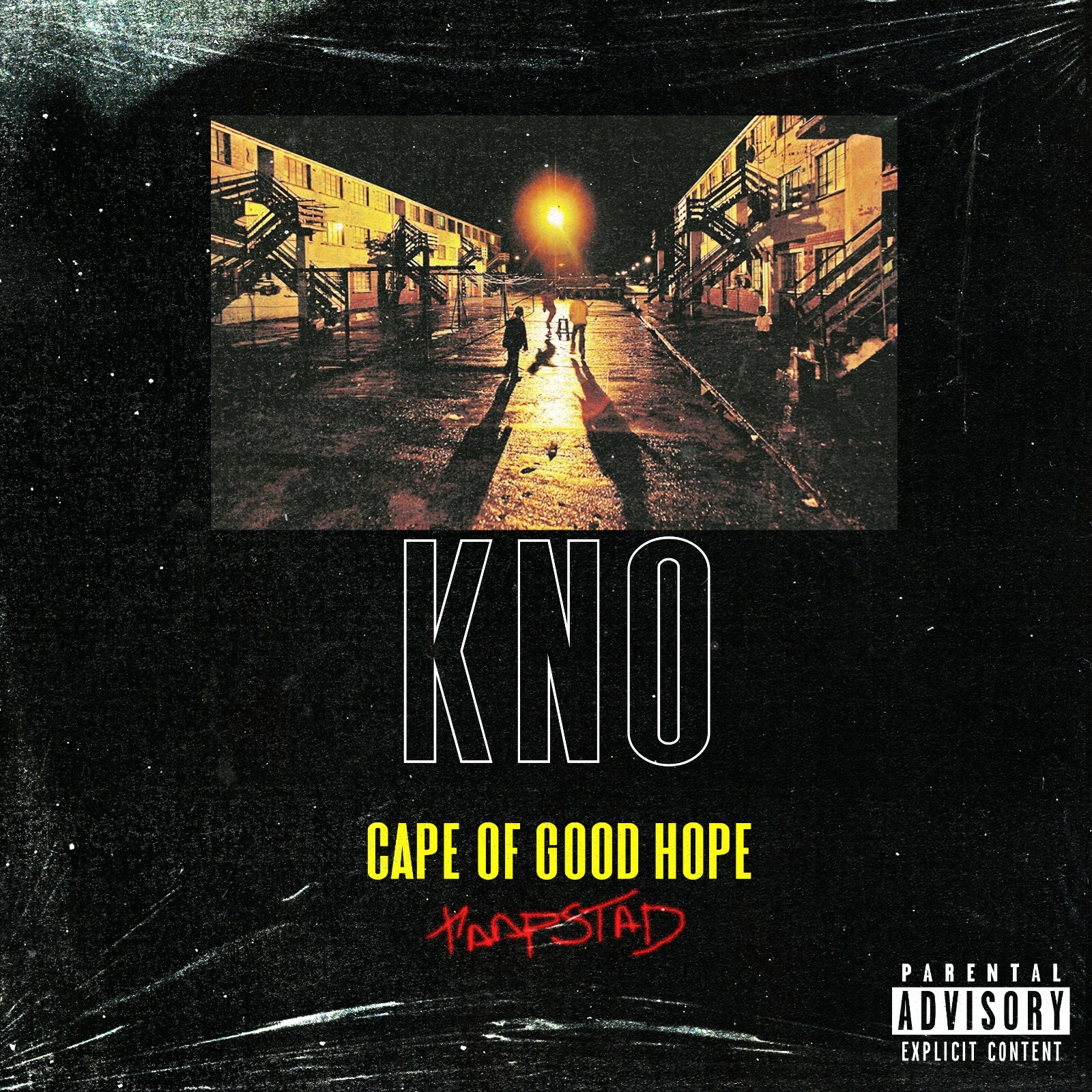 For rising young South African Hip Hop artist, Keano Jeru Fernandez, aka KNO, his journey from being a street rapper to bagging a record deal has been nothing short of extraordinary.

Born on the edge of poverty in one of the most crime-ridden ghettos of Cape Town, KNO was still at school when he joined his first gang. By his mid-teens, he found himself in a juvenile detention centre.

At his lowest ebb and faced with a future of crime and near-certain death amongst intense rivalries and gang battles, he defied the odds and escaped to become one of South Africa’s most recognised new musical voices.

On his politically-charged new single, Cape of Good Hope, KNO addresses the effects of poverty in communities torn apart by gang culture, similar to the ones he grew up in.

“Gang wars are our only shows / and in our black communities man the cops are too slow / Always afraid to show”, he spits over the song’s solemn, reflective beat. Recalling the work of his heroes growing up – AKA, The Game, and the bold emotive storytelling of Tupac – the song is a candid exploration of the abandonment KNO and his community felt growing up. “My people are dying, just because of the system,” KNO raps on the song’s damning first verse, which reflects the graphic realities of life on the street.

“There were lots of gang affiliations, prostitution and drug dealing,” KNO recalls of life on the margins. “In the ’90s, the death rate was through the roof, people were caught in cross-fire all the time. It was this extreme, extreme poverty and violence and people were desperate.”

KNO’s only escape was through music. His mom, a talented musician in her own right, would fill the house with music during his childhood and it was through her that he discovered Hip Hop.

“Music has always been there,” KNO remembers. “My mum would always listen to rap music in the kitchen and we’d end up freestyling stuff together. She would write music and she introduced me to Eminem. When AKA – a local musician started on the South African music scene, I respected his drive and knowing that someone from SA could make it that big, I knew that I could too.”

He continues: “Since primary school, I’ve been writing my own rap songs. I kept freestyling, kept practising, kept trying to find my voice, my purpose.” Eventually, the rapper found his voice after winning a rap battle league, Own the Block, and taking part in The Vuzu Hustle, where a video of his performance went viral. “The video went nuts. I was the number 1 trending topic in South Africa right with Kendrick Lamar,” KNO beams, as he recalls the life-changing moment. With his childhood hero AKA backing him on the show too, it was a dream come true.

His new single, Cape Of Good Hope, tells the story of the gang culture, poverty, and racism the community of his youth experienced on a daily basis. Packed full of vivid imagery, emotive lines, and a devastating delivery, it also tells the story of all the young children whose lives have been lost to gang violence – either as participants or innocent bystanders. The single’s powerful accompanying video also pays visual tribute to the children KNO saw caught in the cross-fire.

KNO acknowledges that he could have easily been those of those children. “Hip hop saved me. It got me out of gang life and now I want to influence change.” With music as powerful as his, it’s easy to see how KNO is on the verge of becoming the leading voice of a new, socially-aware group of rappers driving communal change in South Africa