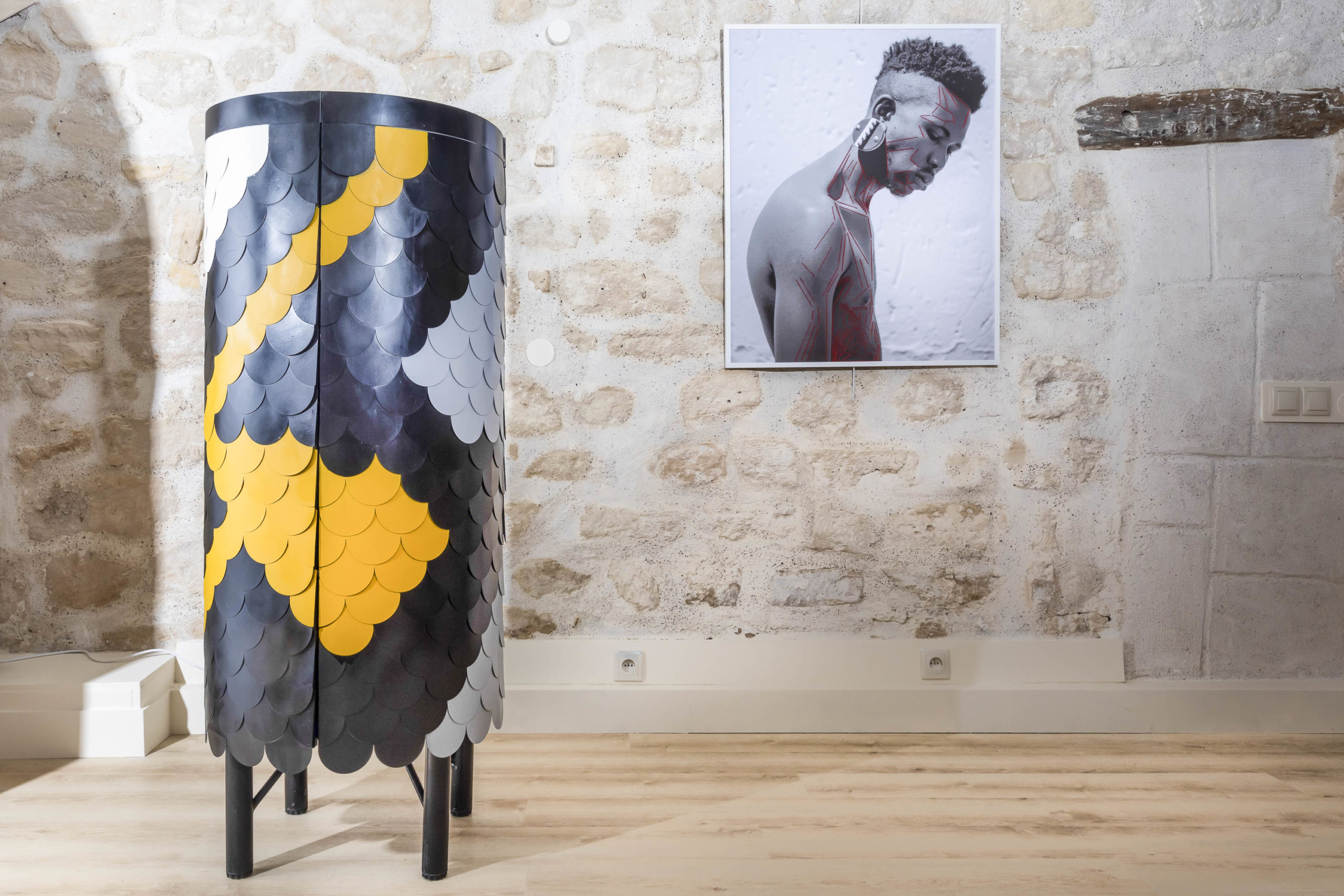 30 Oct A South African First: Thabisa Mjo Becomes The First Local Designer To Have Her Work Form Part Of The Permanent Collection Of The Museum Of Decorative Arts In Paris, France

The notable Parisian institute was founded in 1905 and its permanent collection is dedicated to the exhibition and preservation of the decorative arts. The museum houses over 150 000 objects that epitomise the Art of Living and illustrate the heights of craftsmanship. MAD Paris’s collection stretches from the Middle Ages through to modern times, and includes contemporary pieces by the likes of legendary designers such as Le Corbusier and Philippe Starcke.

MAD Paris has acquired one of Mjo’s now-iconic Tutu 2.0 lamps and an eye-catching Mjojo cabinet. Both pieces came to the museum’s attention because they were part of an exhibition of Mjo’s work at the Bonne Espérance Gallery, located in the centre of Paris, which ran from 19 June to 10 August 2019. Bonne Espérance Gallery showcases work that is unique for its originality and diversity, and
represents artists and designers hailing from the creative geography of South Africa and its neighbouring countries, Lesotho, Swaziland, Botswana and Namibia.

“I am completely thrilled,” states Mjo, “to have my work represented on the international stage and as part of an important permanent collection, following my earlier exhibition at Bonne Espérance.”

This is not the first time that Mjo’s work has been noticed internationally. Her products are featured in Nando’s restaurants across the globe. In 2019, she curated an exhibition of her own and other designer pieces at Milan Design Week, an initiative that was sponsored by Nando’s and mentored by Nando’s Design Programme Creative Director, Tracy Lynch.

Mjo brilliantly embodies the new, young generation of unstoppable South African designers. She first rose to local fame by jointly winning the first-ever Nando’s Hot Young Designer (HYD) talent search, a competition that is now in its third iteration, with a new winner to be announced in November 2020. Mjo was chosen as the inaugural HYD winner for her Tutu 2.0, a lamp inspired by xibelani, the
traditional garment worn by Tsonga women. It is this very same piece that has been acquired by MAD, Paris. After Nando’s helped catapult this product into the spotlight as part of Mjo’s HYD prize, the Tutu 2.0 went on to win the Design Indaba’s “Most Beautiful Object in South Africa” award in 2018.

The 2nd piece acquired by MAD, Paris, the Mjojo cabinet, has a shape inspired by a brand of commonly used vertical water storage tanks called JoJo Tanks. But it is also played on the Xhosa word umjojo, which can be loosely translated to mean something that makes one shy away from attention. This word is the complete opposite of her intention with the cabinet, says Mjo, because the Mjojo “invites people to look at it because it is so wacky. It’s so interesting to me to see other people being intrigued by this wacky cabinet, because for me, it was just this outlandish idea that I had, and really I wanted to satisfy my own curiosity to see if it could work.”

If MAD, Paris is anything to go by, then it certainly has! Mjo’s product design company Mash.T Design Studio is based in Johannesburg and it is from here that she creates her unrivalled forms that blend African traditions with contemporary nous. Thanks to these two new permanent acquisitions on the part of MAD, Paris, which serve to raise the global status of South African design as a category, her individual star is set to shine even more brightly.