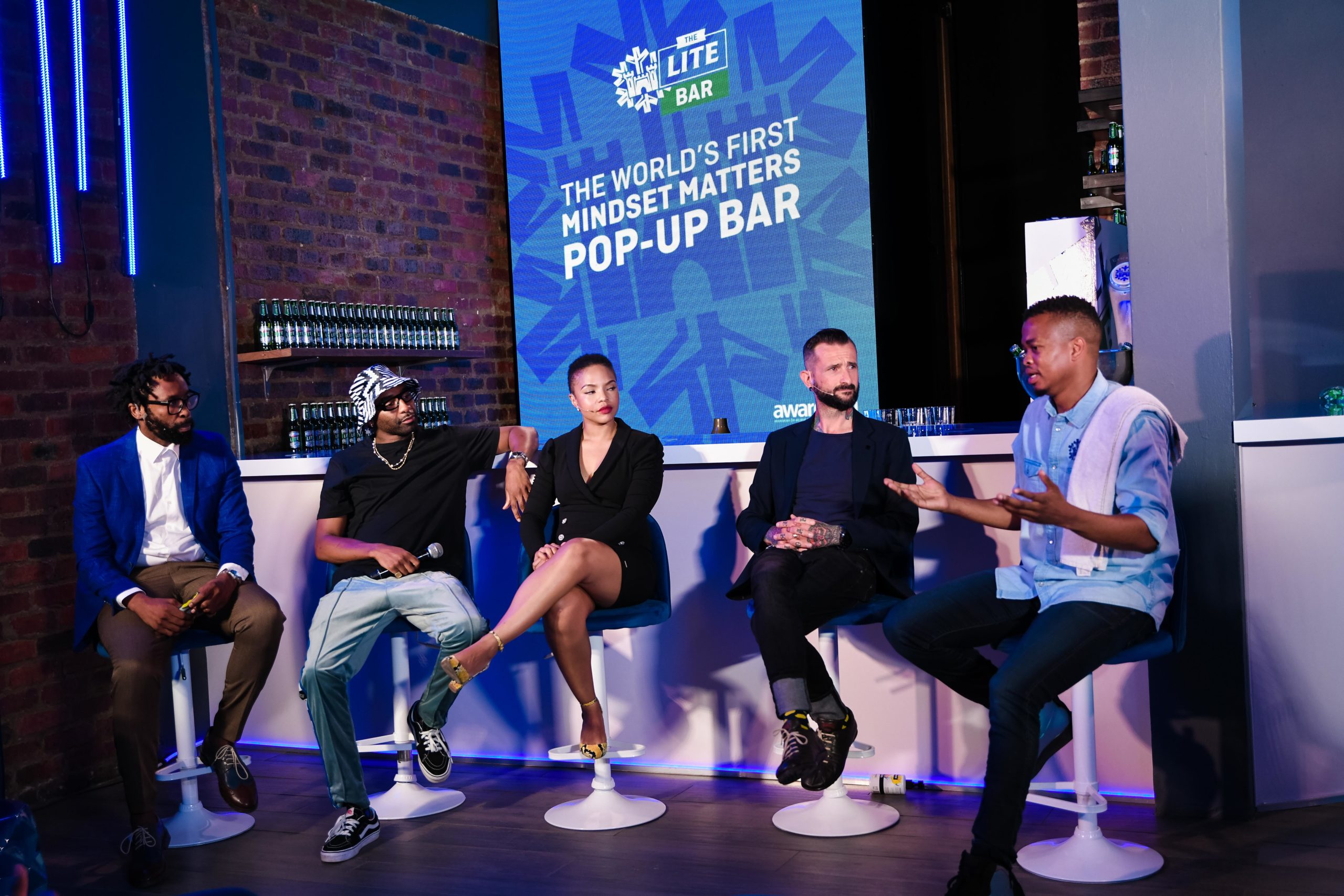 2020 has been a tough year for many, and research has shown a shocking increase in mental health issues, especially amongst men. Partnering with the South African Depression and Anxiety Group (SADAG), Castle Lite has learned that men struggle to open up about mental health, they find it easier to speak to people outside of their immediate circles and with the lockdown, that option was not available.

Psychology Today explained it by saying that “traditional masculine socialization has channelled many men into ways of being such that their masculine identity conflicts with many emotions they feel and what they feel they are “allowed” to express (i.e., they will be shamed and will feel as if they are “not real men” if they express feelings of vulnerability, dependency needs, weakness, etc.)”.

Furthermore, a 2015 SADAG report made reference to Terrance Real as saying that “society seldom views men as depressed because of the ‘boy culture’ they have been socialised into”.

With the COVID19 pandemic having led to a global lockdown, many news outlets such as Scientific American and The Daily Star have reported that the lockdown has been the world’s biggest psychological experiment, with the World Economic Forum further reporting that “people who are quarantined are very likely to develop a wide range of symptoms of psychological stress and disorder, including low mood, insomnia, stress, anxiety, anger, irritability, emotional exhaustion, depression and post-traumatic stress symptoms”.

And so, as we all start to move forward and navigate the new normal, it is important that everyone, including men, must have a safe space to share their fears, weaknesses, feelings and desires. But unfortunately, there’s still a massive stigma surrounding mental health accompanied by the lack of understanding and support structures for those suffering from mental health, especially men in South Africa.

But there seems to be two occasions in which men have been known to open up and express themselves freely; at the barbershop and at the bar. And this has raised the question as to why men seem to find it easier to talk to a stranger over a bar counter rather than speaking to an expert?

And so, over two nights, Castle Lite hosted a platform called The Lite Bar that enabled a better and more balanced way of living. A mindful matters bar that offered men the space to have serious and much-needed conversations amongst each other in a lite environment.

The Lite Bar by Castle Lite was in partnership with SADAG and took place at Parks Corner in Rosebank, and was also streamed on the Castle Lite Facebook events page in an effort to adhere to COVID19 restrictions and to give men around South Africa access to the bar and an opportunity to engage.

According to a SADAG representative, statistics revealed that four out of five people who die by suicide are men. “Yet, day-to-day, as we interact with our friends, our families, our partners, and our professional networks, countless men still have trouble even using the words ‘mental health’ in relation to how they feel,” the gentleman said.

Meanwhile, Castle Lite Brand Director, Silke Bucker emphasised that “it is time to wither away the unspoken rules around mental health – because life would be much easier if we are comfortable to share the load.”

“As we enter the festive season, we wanted to give South African men the platform to reflect on how heavy things have been this year, to provide them with a platform to feel safe, learn about mental strength and start the last month of the year feeling lighter. The aim of the Lite Bar was to facilitate these conversations in a comfortable space, breaking the stigma surrounding talking about things that weigh you down,” Bucker continued.

Taking place on Tuesday, the 1 st and Wednesday, the 2nd of December 2020, each panel discussion was streamed between 19:00 and 20:00. Day 1 of the Lite Bar pop up was hosted by comedian, Donovan Goliath and featured Riky Rick, DJ Sbu, Dr Nokukhanya Khanyile, and John Vlismas who all shared their struggles and how they navigated through them. And in true Castle Lite style, the day ended off with a bang as DBN Gogo took to the 1s & 2s.

The conversations and fun continued on day two with Pearl Thusi, Somizi, The Kiffness, and Proverb wearing their hearts on their sleeves with the host of the evening being funny man, Mpho Popps. DJ PH took to the decks to close off the Lite Bar.