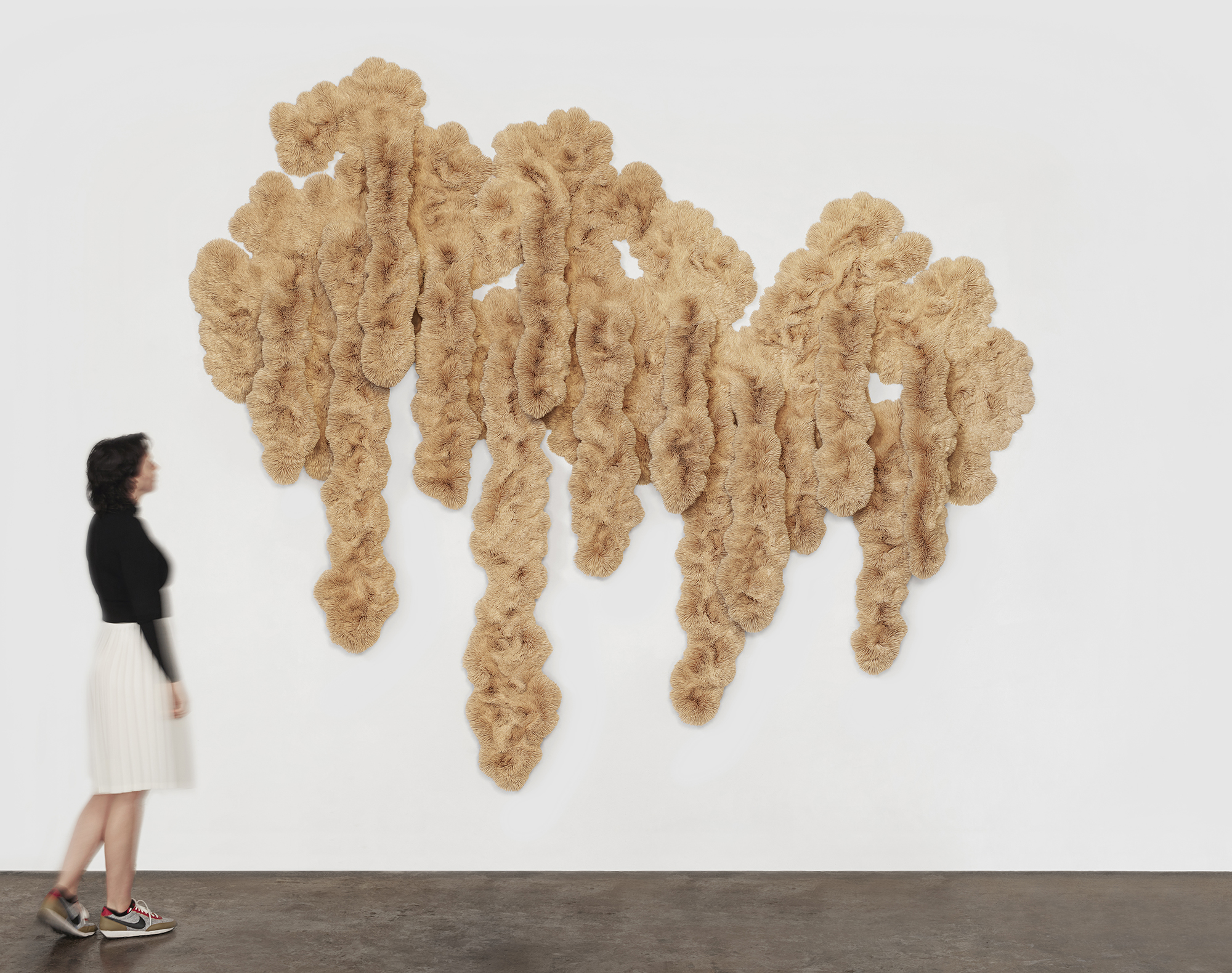 18 Jan As below so above: A Solo Exhibition by Chris Soal Opens at WHATIFTHEWORLD

WHATIFTHEWORLD is pleased to announce award-winning, emerging artist Chris Soal’s solo exhibition, As below so above, opening on 28 January 2020. The Johannesburg-based artist uses unconventional found objects, such as toothpicks and bottle caps, in conjunction with concrete and other industrial materials. Soal’s spatial approach to sculpture reveals a sensitivity to texture, light and form, expressed in an abstract minimalist language.

In this show, the viewer’s experience and existence is considered in relation to the monumental scale of these works. Their immersive scale prompts a phenomenological connection between conceptual engagement and bodily interaction. Soal connects, both visually and thematically, the intestinal or cerebral twists of the bottle top works with the exhibition’s title, which is an inversion of the saying, ‘As above, so below’. Soal considers smaller systems such as the human body in relation to the larger universe — both physical and spiritual — and how these ‘worlds’ are interconnected. The self being a microcosm of the community, and a toothpick being a humble unit that, when collectivised, forms the whole artwork. The title further references the ways in which Soal’s works often inhabit both floor and wall, bridging these two dimensions. It also reflects his intuitive working process, which stems from somewhere in-between the gut and the brain.

As below so above will be opening in conjunction with his solo exhibition at the Nirox Sculpture Park in the Cradle of Humankind. The show will touch on themes of ruins, decay, erosion, the relic and effigy. While these shows exist independently, they can also be seen in parallel with one another. The exhibition will open in February 2021, with an installation unveiling in January 2020. See a few of Soal’s larger-than-life works below, and for more visit chrissoal.com.

Images and text courtesy of WHATIFTHEWORLD,