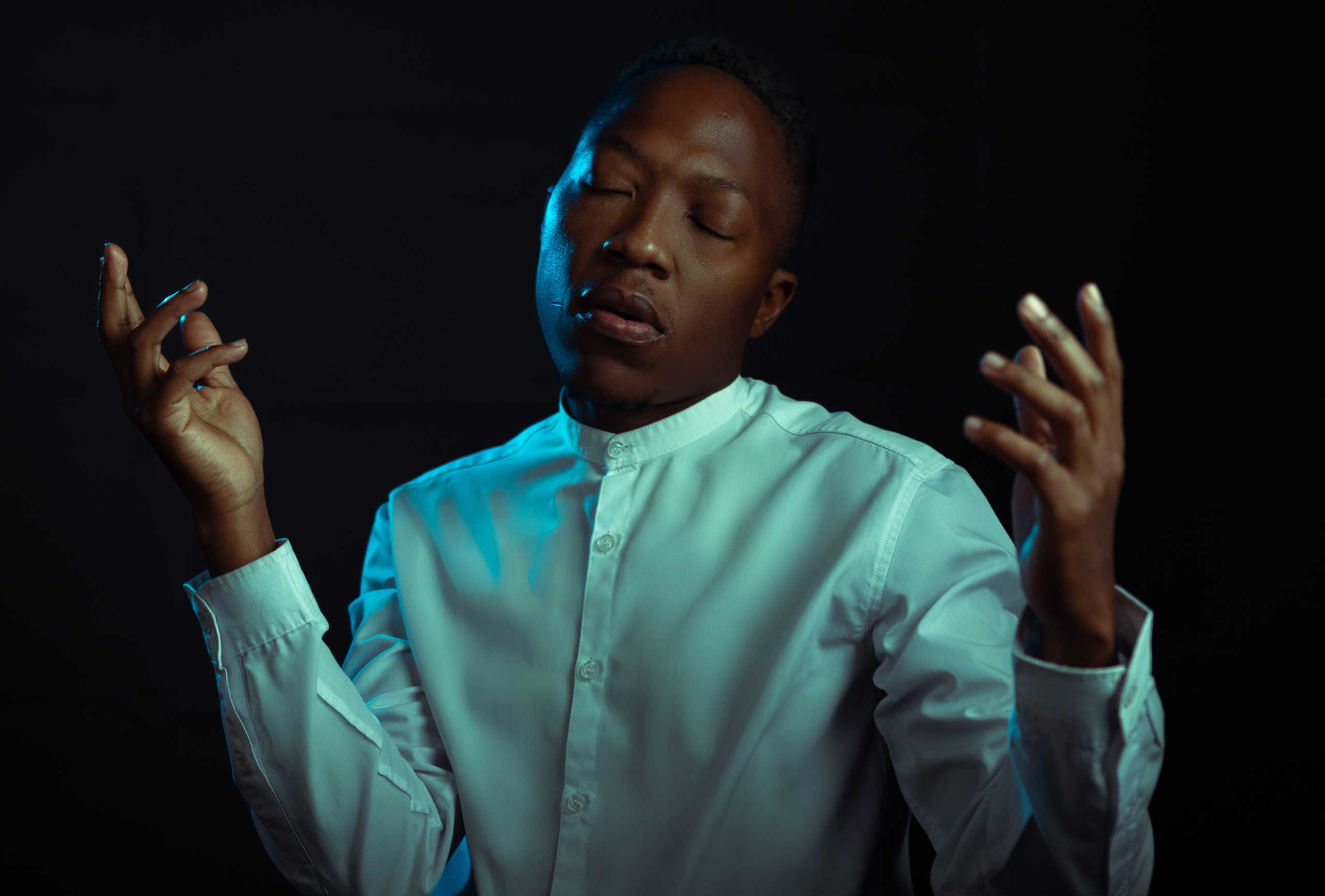 We’re kicking off the new week with fresh music and visuals from the self-proclaimed inventor of “Boujee Rap”, Bongani ‘Bongeezy’ Ntombela. The track gets its title from the Japanese catch-all greeting ‘Konnichiwa’ and features musician and storyteller Nkhosinathi Siba. For this project Bongeezy collaborated with a team of creatives including Jono Hall, who directed the video.

“Konnichiwa – a word that means both hello and goodbye, immediately conjured up images of the contradictions and complexities that can be wrapped up within us,” Hall explains. “All of us have those competing forces, constantly trying to let go of demons and difficulties while at the same time, trying to embrace newness and change. And [this] was where we started for the video. It felt important to make something very simple for this song, something that focused on Bongeezy himself. The lyrics are so personal that it felt that you should feel the person that they’re coming from, as well as create something visual and strange that hinted at the struggles and triumphs we experience. What emerged was a simple idea centered around the contrast of dust and water, the grit of the past and the cleansing of possibility of the future. Within this world, two amazing creatures, designed and drawn from African mythology, dance and struggle. They are Bongeezy’s struggles, our struggles – the things that are within us that we are either trying to set free or drown forever. Konnichiwa.”

Check out the video below, and follow @therealbongeezy on IG.