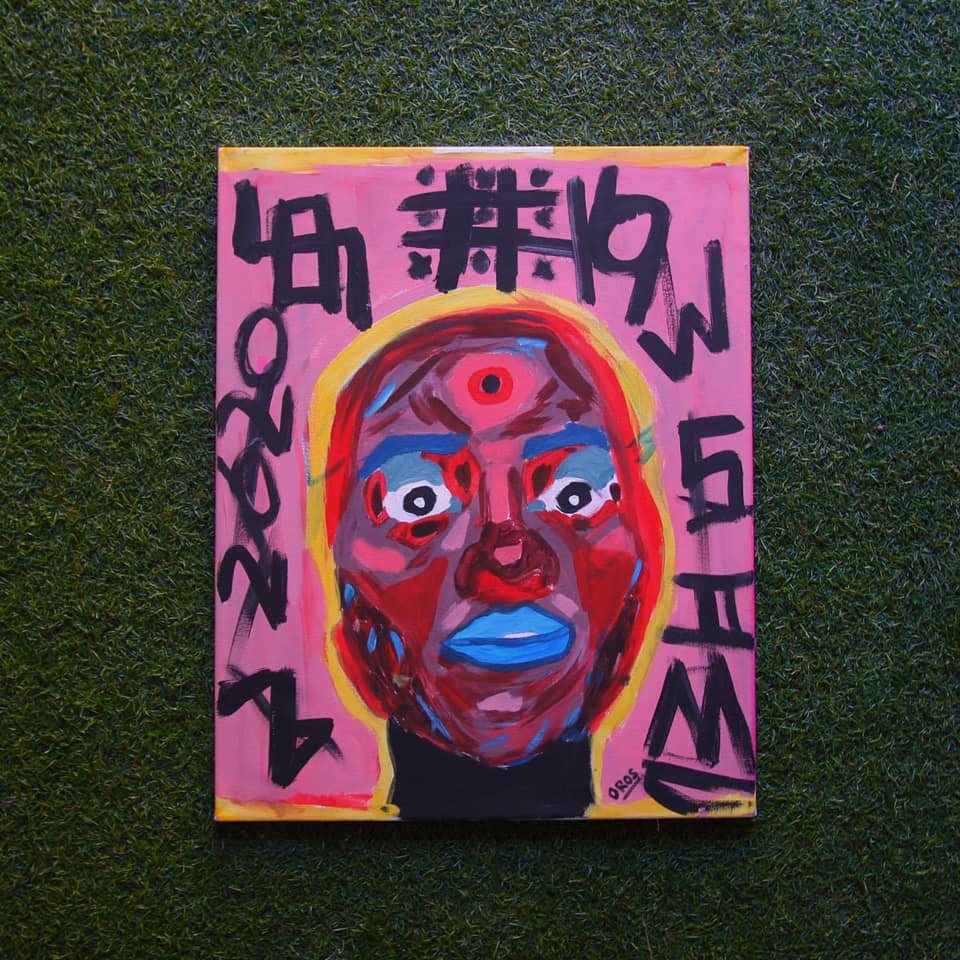 Cape Town-based multidisciplinary artist and musician Oros Makhalanjalo is an active member and co-founder of the art collective and movement Apeshit Youth. He goes by many aliases, each used for a different artistic endeavor, including MilkandOJ, Oros and ApeshitOJ to name just a few.

At the beginning of the year Makhalanjalo finally gifted the public with the modern kwaito classic Thand’izinto, which has been long-awaited and highly anticipated. Thand’izinto marks the first single from his upcoming project titled Amanzi. The song was first brought to our attention when Makhalanjalo backed up fellow Apeshit Youth member Dokotela Wamagilikithi during a performance at Raptor Room in October 2020. Makhalanjalo shared the video performance of the song two days later through his social media platforms and from there it went viral. People lost their minds, and we have all been in awe, impatiently waiting for the release ever since.

“I wanted to make music that makes me feel good and that can make other people feel good.” – Makhalanjalo

Feeding off the energy and reception on social media, Makhalanjalo realised the potential of the tune and sought to take advantage by promoting the song extensively through short and sometimes comical clips resembling TikTok videos. With the song playing in the background, the videos featured archival footage of clips he collected from the internet – one featuring fashion tycoon and musical genius Kanye West playing the keyboards during one of his Sunday Service concerts. Thanks to these clips, Thand’izinto reached audiences as far as China. Makhalanjalo travelled to Johannesburg to market the song further, immersing himself within the city’s growing postmodern kwaito scene and performing alongside prominent upcoming acts such as Thando Simelane and North The Jap.

Thand’izinto is produced by 24-year-old Cape Town-based music producer and DJ Sindiso Tshumo, known by his stage name Insertcoinz. Tshumo is also a prominent figure within the resurgence of the kwaito sound and the song features his signature bassline and laidback smooth melodies, accompanied by synthesizers and heavy drums. The song is filled with many elements of the futuristic kwaito sound that the youth of South Africa have been honing with the attempts of rekindling kwaito, a 90s genre they grew up listening to.

Makhalanjalo explains that electronic maskandi artist Sizwe Nyanga inspired Thand’izinto with his own track of the same name. Makhalanjalo loved it so much that he was inspired to create a version of his own. He says, “I wanted to make music that makes me feel good and that can make other people feel good.” He’s also remarked that if he’s able to make a song that his friends can vibe to and enjoy, then he’d consider it a hit. Eventually, after months of promoting the song and entrenching it deeply in the hearts of South Africans, he decided to release it on 1 January 2021. Makhalanjalo plans to shoot the accompanying music video soon. In the meantime stream Thand’izinto on Spotify and Apple Music.