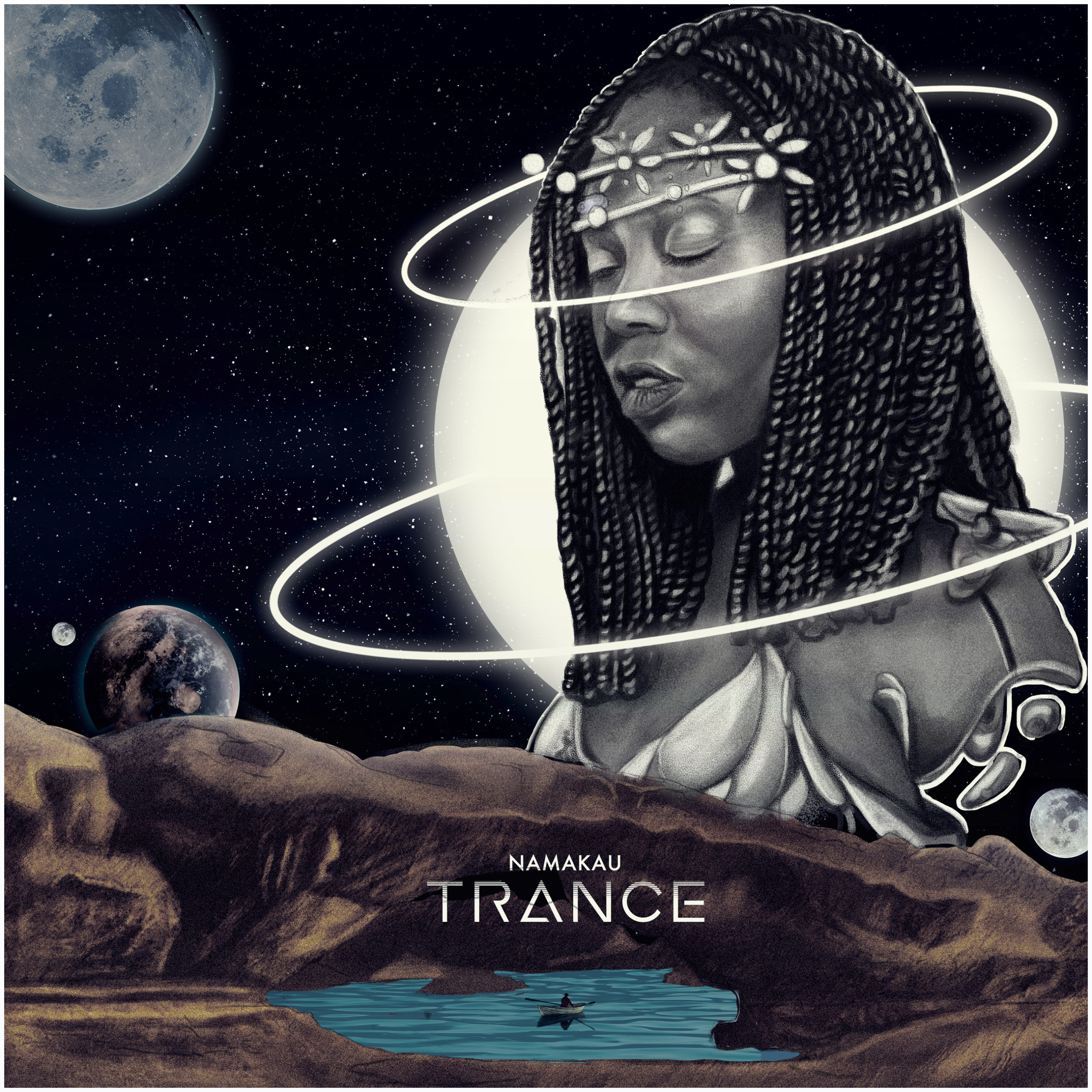 A blend of R&B and hip hop sounds fused with electronic trap and neo-soul best describes Namakau Star’s debut single, ‘Trance’ – a  sonic journey produced by Mars Baby, which transports the listener into an entirely new world. She narrates the magic behind leaning into inner truth and power and experiencing solace, freedom and euphoria in this space.

Considering the multi-use of popular genres in one sound, ‘Trance’ is an introduction to what Namakau Star calls ‘genre-bending’. “I would like to believe that I am a genre-bender, an artist that has the capability of reinventing sound and pushing the boundaries in the genres I create. I think genres have become so open to interpretation, these are spaces where you can reimagine what we thought was once fixed,” she explains. As she prepares for the release of the single, we spoke with the artist about the single, which offers a tantalizing glimpse of her upcoming EP.

Tell us a bit more about your single ‘Trance’.

‘Trance’ is literally the manifestation of an internal shift I was experiencing. Is it too early in the conversation to talk about experiencing an ego death, then somehow meeting the producer who would help me find my way through that sonically? That is what ‘Trance’ captures, a burst of creativity and inspiration, reacting to hearing myself show up as a different artist with a whole lot to say and having a canvas to share that on.

The song tells the story of the magic behind leaning into inner truth and power, experiencing solace, freedom and euphoria in this space. How did you come up with this concept?

Honestly, the song was not conceptualized in a formulaic fashion. I had just moved to a new city and navigating and finding places to record proved to be difficult for me, the weight of reality and feeling alone came to the surface. Essentially, ‘Trance’ was conceptualised with the intention of creating a mentally safe space for myself, a place where I could wake myself up and I feel myself again, feel my music and my vibration. It happened so fast! I wrote the first half of the song in just under an hour.

How would you describe the process of bringing this concept/project to life, especially considering the fact that it is your debut single?

The process was really divine. Shortly after my RedBull Swift 16 got published, I was contacted by the talented artist/producer MarsBaby, who had an interesting aesthetic along with wild and inventive beat flips on his Instagram page. His interest in me was matched with my need to start recording and creating again. He felt that he had an idea of where he imagined me sonically and he did not miss with the beats he sent. ‘Trance’, which was originally called ‘Disneyland’, happened organically. I responded with my verse the next day only to find that he lived one neighborhood away from me and shortly after I went to go lay down the song. It has been translated visually in the cover art as I have come into getting comfortable with expressing my truth.

‘Trance’ has been described as a genre-blending single that combines major genres including hip hop and R&B, as well as electronic trap and neo-soul. Tell us about how you did this?

I have always approached writing music in my mind as a rapper to ride the beat, to feel it and flow with it. Being a vocalist elevated the way in which my pen and my mind works. I approach hip hop with a feminine edge and being a vocalist who does not have a pristine or conventional tone pushes me into the neo-soul space, where I feel unconventional voices are celebrated. The electronic feel mainly comes from the way in which MarsBaby approached the production in this beat and this is why this song is so open in terms of the genres it might be categorised in.

This single is said to give us a glimpse of what we can expect from your upcoming EP, set to be released mid-2021. Without giving away too much, what sounds, styles and features/collaborations (if any) can listeners expect?

Yes, this is most certainly only the beginning in terms of how I seek to reshape the music narrative in a personal way. My EP is an exciting sonic journey which speaks to the lived experiences of the youth, a youth that is evidently becoming way more self-aware, more cognisant of what it means to feel stagnation, to feel liberation, to confront the not-so-pretty parts of themselves and to dance with the pretty parts too. The tape has a top tier beat selection, which was executively produced by Cape Town-based instrumentalist and producer LordKeyys and myself. You can also expect to hear a surprise feature who graced us with her undeniable raps and just intentional approach to hip hop (it’s all so wholesome).

Who are some of your musical influences, and who would you like to collaborate with in future?

My musical influences definitely stretch far and wide; I am heavily inspired by Erykah Badu, J Dilla 9th Wonder, Brenda Fassie, Lira, Nina Simone, Missy Elliot, Kendrick Lamar, Aaliyah SZA… this is just to name a few. I enjoy how these artists show up from the music to the way in which they approach visuals and performances.

I would love to collaborate with Filahlala, Roho, Rhea Blek, Lucille Slade, Shekinah, and Kila G. Producers I would love to work with include Yolophonic, Emamkay and Xsipping.

Tell us about your view, as an up-and-coming artist, on the local music industry and where you’d like to see it go.

Is it weird that I do not consider myself an up-and-coming artist? I just consider myself an artist and as I evolve, I want to get better at navigating an industry that tends to sideline many artists that don’t fit a certain criteria according to their standards. I am personally in a space where what drives my career is authenticity and getting my art to those who need it. The future for alternative artists is absolutely bright and exciting, what a time to be alive! You can set your own creative standards and move differently. I see a sonic rebirth happening in South Africa and I quite personally want to be a part of it and lead it too.

Besides your upcoming EP, what’s on your radar for 2021?

2021 for me is the year of reconnecting and being involved with more creatives, even outside the music space. As a writer and a conceptual thinker, I want to dive deeper into the art of freestyle, as well as speak more on what it means to use music to navigate or unpack mental health more than anything. We want to take ownership and take up more space this year.