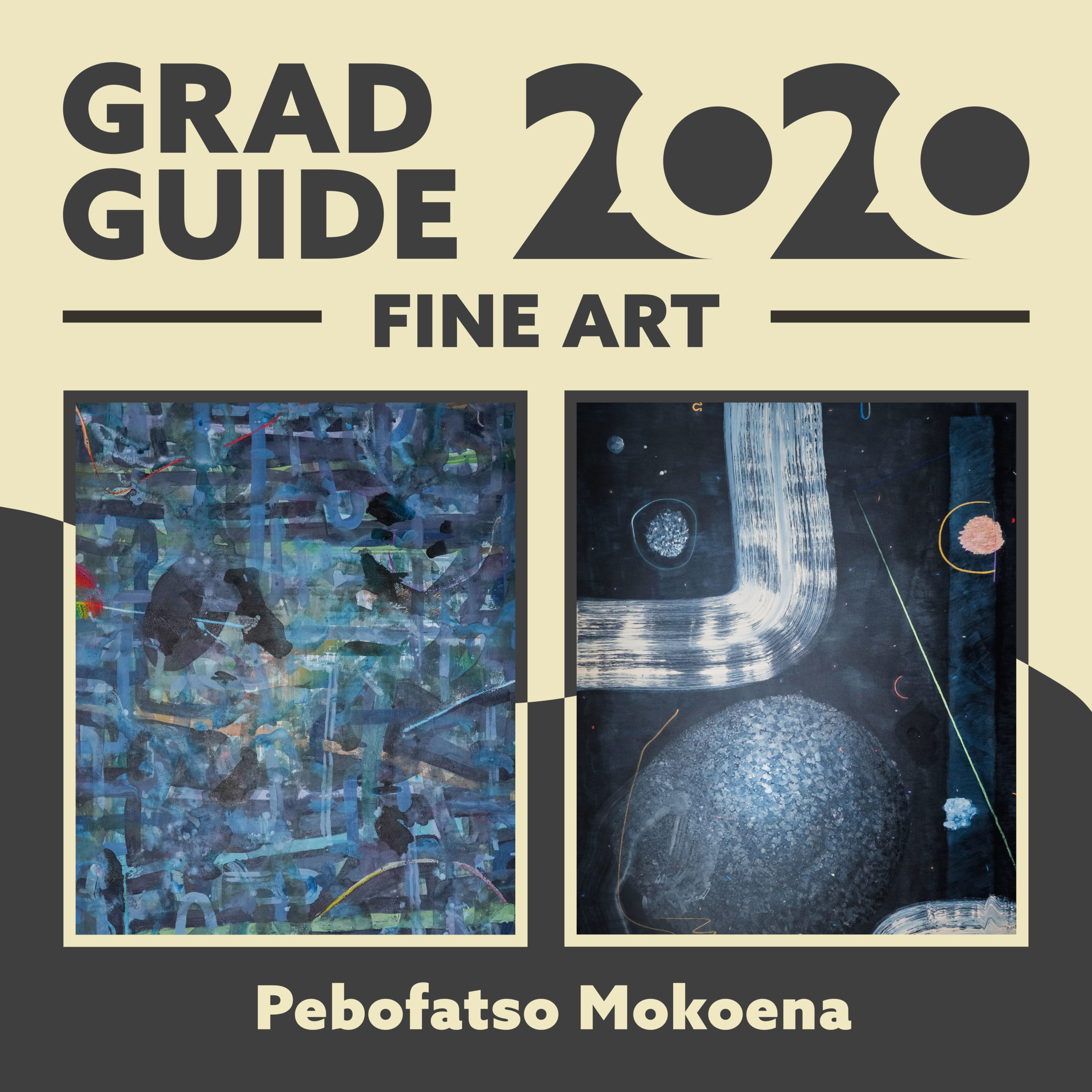 Pebofatso Mokoena acquired a diploma in visual art at the University of Johannesburg and later went to Wits University to do his honours, which he completed last year. Influenced by his background in printmaking, Mokoena’s paintings are characterised by precise mark making and division of space, while exploring ideas around politics, architecture and the environment. His graduate work looked at the township of Thokoza as a site of historical violence, the nature of which posed a threat to South Africa’s first democratic elections in 1994. For our annual graduate series we got to know the artist a little better, from the moment he realised he’d pursue a path in art to his plans for the year to come.

What inspired you to pursue a path in art?

This moment was an out-an-body experience. I had been walking home from school, fairly annoyed by some or other moment that I cannot remember. I had been up to that point, hesitant on being an artist as there was pressure put on me to become an accountant and work in the financial sector, During the walk, something – which felt like a jolt of lightning – struck me and at that moment, it became very clear to me that I had to move within this path.

Tell us about your graduate exhibition in terms of concept, medium, process, and the final work(s).

While working towards my graduate work, I was completing preparations for my exhibition Internal Probes. I wanted to think about drawing and assemblage as a unified visual language. Fast forward a few weeks, I was making work of some kind in which Thokoza (a township situated in the east Ekurhuleni district) was at the center. Thokoza, between 1988 and 1994, was situated within a particularly violent ethno-tribal and sociopolitical historical moment, which, at one point threatened to derail South Africa’s first democratic elections. I wanted to understand the intersections of this historical moment, which is still ongoing. It was important to me, as I was born directly into this moment. Growing older, I wanted to make sense of these happenings as they were extremely close to my consciousness. More can be read and seen here and here.

What are you currently interested in exploring as an artist?

So currently I am painting, so that’s taking up some space, but I’ve become increasingly enamored by drawing and televisions. I’m interested in drawing because of its specific relations to world-building, sightseeing and modes of revisioning. I’ve also become interested in televisions and the different forms this is taking both locally and internationally – I’m finding televisioning practices quite mystical. So that’s where I’m at, at the moment.

What are your thoughts about the role of art in society today?

For me, it’s an invisiblised matrix.

Who are some of the South African artists you admire?

After 2020, and its exhibition of atrocities, I am preparing for a solo exhibition in Harare. After that, I would invite you to keep your eyes peeled on what I do next, there are some interesting things happening.