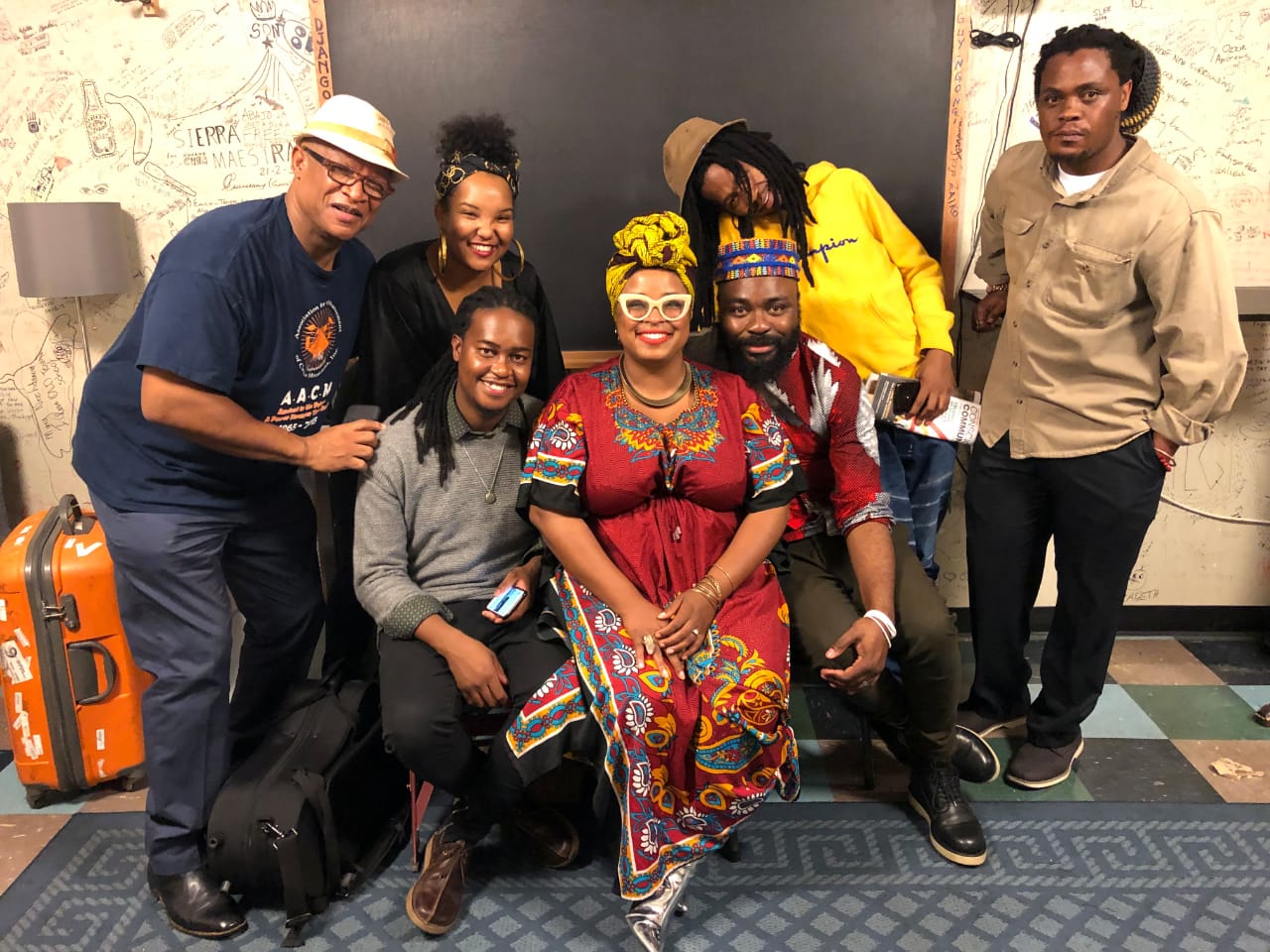 The Englewood Soweto Exchange is a jazz and hip hop cross-cultural collaboration between South Africa and Chicago, fusing the energy of the two destinations with the spirit of African and African American people through originally composed music.

Internationally acclaimed saxophonist and composer Ernest Dawkins is no stranger to this form of collaboration. From as far back as the late 90s, Ernest introduced South African musicians such as Zim Ngqawana, Lulu Gontsana, Louis Moholo O Moholo of The Blue Notes and many others to the Englewood Jazz Festival. His own group came to South Africa in 2002, resulting in the recording of An Afro Opera: Homage to Nelson Mandela, an orchestral jazz suite featuring Durban-based jazz pianist and educator Neil Gonsalves. Ernest’s vision of this cross-cultural exchange aims to explore the differences and similarities in the aesthetics of black music.

The Englewood Soweto Exchange evolved from a jazz camp and cultural exchange that encouraged young musicians from two different backgrounds bound by history, to find each other. Dawkins deliberately selected musicians who had no prior exposure of travels into either continent in pursuit of the raw emotive quality he wanted to expose.

He initially sought the talents of Thabo Sikhakhane, who he had met a few years back at the Chairman Jazz Bar in Durban and who he found to be especially talented in terms of music-making. Gender balance being an important factor of the exchange, he connected with Chantal Abrahams, an excellent bass player who teaches jazz studies in the Eastern Cape. The search for a rapper in township slang style led to auditions, which is how Memphis came through with his raw essence and authentic representation of Soweto. Abrahams, Sikhakhane and the identified vocalist Keorapetse Koloane from SA were denied visas to visit Chicago where they would complete the cycle. Instead Lesedi Ntsane and Linda Sikhakhane, who were both in New York at the time, were made replacements.

The exchange was enriched by workshopping over months, researching the African Diaspora and its music lineage with young African American and the South African musicians and then conceptualising. The musicians came back with new works which were workshopped by all. As a result, Thabo Sikhakhane wrote the song Brotherly Love dedicating it to his brother in the US. Alexis Lombre, a Chicago-based pianist wrote two tracks and MC Artemis, a replacement for another MC, threw herself into the project on acceptance, doing research on the history of political struggles and coming up with some excellent prose. Six months later the pieces were collated.

Responding to what the musicians got out of this project, Dawkins believes that the exchange broadened horizons and opened the participating musicians up to new possibilities of what they could do and where they could be. “Beyond the similarities, I hope that all the musicians connected or manifested into reality the collective consciousness of the African paradigm.” When listening, one cannot ignore the guiding leadership of Dawkins who set the young troupe free and at ease, while steering safely from the back. It is an amalgam of word sound and beats, that create a new sound of Africans and African Americans combined. The music is young, fresh, joyous, most of all it is unpretentious, and a testament of Black consciousness contextualised in the classroom and played out in the studio.