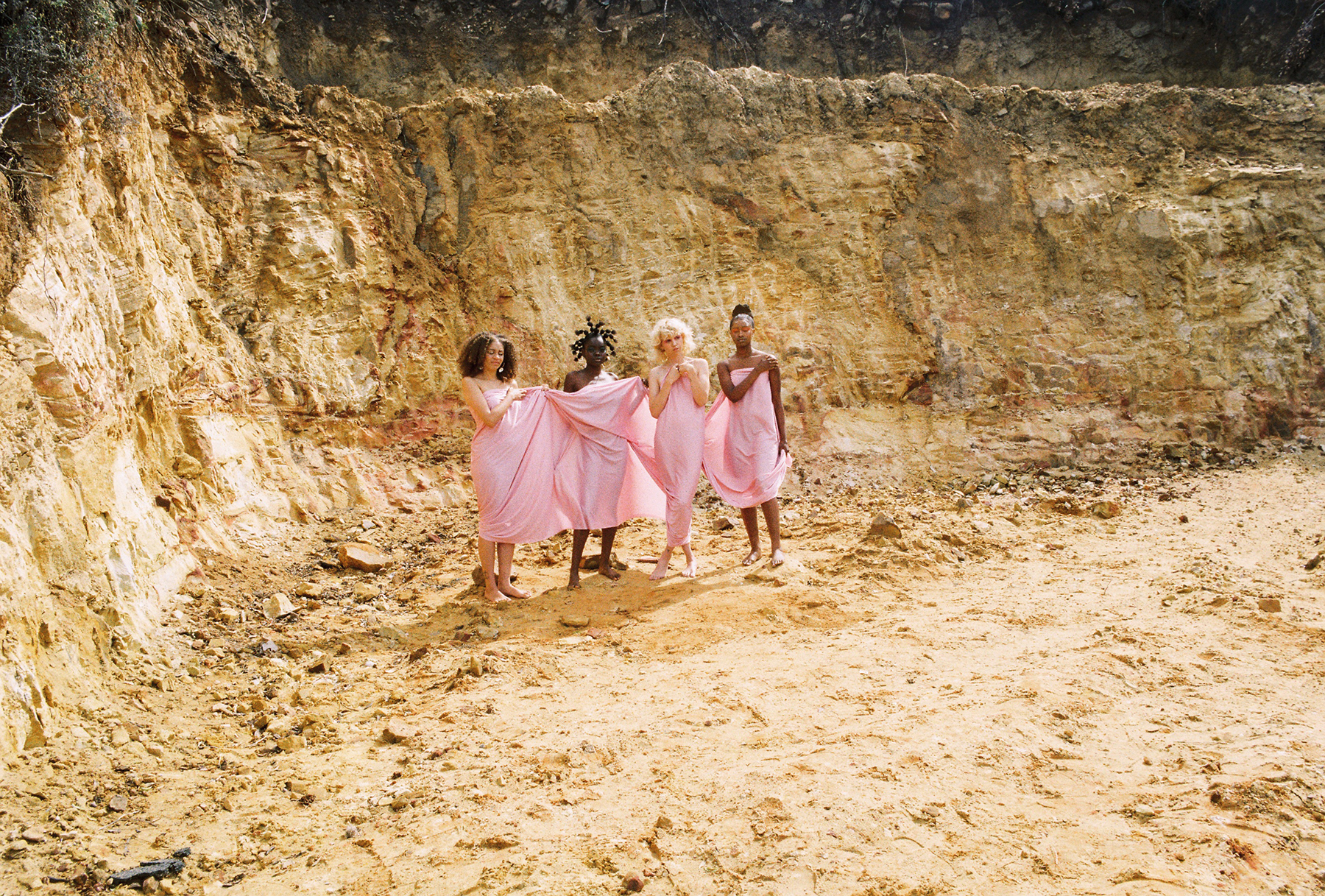 While we’ve had the pleasure of featuring Katya Abedian-Rawháni on 10and5 before, we wanted to catch up with her about her experiences and creative endeavors since. In line with her own approach to film and storytelling, our conversation with Abedian-Rawháni touches on both the personal and work-related. She speaks about how her world has opened up, what it was like to work on recent projects Sahara Flow and Mamela, being an ambassador for Girls in Film South Africa, the Bahá’í Faith, marrying her best friend and, somewhere in between it all, working towards completing her medical degree.

So much of your work advocates the unification and oneness of mankind, as well as embracing difference as an essential part of this. How are some of the ways you maintain hope, inspiration and a positive trajectory amongst contrasting feelings of socio-political and environmental chaos?

It’s honestly something that requires daily effort, and the main source of hope and positivity for me is the Bahá’í Faith (and my wonderful husband!). It’s really interesting that the Bahá’í Faith speaks to a lot of the social degeneration and break-down that we are currently experiencing, and presents a vision of a future in which this degeneration is necessary and essential in order for us to build a completely NEW foundation for this collective “home” we are living in. I always think of it using the analogy of: you have a home with an old, breaking foundation and leaks in the roof and cracks everywhere. Now you’re given the choice to keep trying to patch up every leak until new one’s appear or the filling fails, or you can completely rip down the house and start from that broken foundation.

Girls in Film (GiF) is an amazing platform for creating a space for women and non-binary people to share their work. Tell us a bit about your experience with GiF RSA. An expansion of that: our SA landscape… what do we need more of and how is GiF trying to do that?

It’s been such a honour to be one of three GiF RSA ambassadors. The space means so much to me because it feels like creating something I always wished existed when I was first starting out in film. We are really trying to create a space of mentorship, collective learning and sharing, support and encouragement. It’s also important that we can cross pollinate inspiration and practical skills/experience. It’s truly wonderful to have this collective to be able to shine light on the game-changers that are often kept in the shadows or are simply not being encouraged the way we believe they should be.

Our South African film industry is still in its infant stage, we are slowly learning that to collaborate and grow each other doesn’t take away from our growth but actually supports it and makes working much more fulfilling. I feel like there are a lot of gatekeepers and people working who keep being given the jobs that should be more equitably distributed. So my wish for our industry is to push ourselves creatively as much as we do morally — those gatekeepers need to recognise their ways and joyfully change the system from the inside because they understand why it’s important and absolutely necessary to do so.

I’m actually working on a film script that has been a life-long dream of mine to bring to into fruition. A story that is still coming home to me and I’m really trying to become a clear channel for it. It’s been quite a challenge to give it the time it deserves while trying to do well in my third year of medicine, but I am hopeful that I’ll figure that balance out with time. Hopefully I can share this project with you in the future and we can reflect back to this conversation and how much I was navigating it. Besides that I’m just trying to stay inspired and keep refining my style. I’m trying to read more and get back to my foundation of film photography.

The last time we touched base with you, we were moved by Skin Diver, The Light that Lives Within and the ‘Internet Friends’ photo series. What have we missed? Perhaps you can reflect on Sahara Flow and Mamela and the parts (ever-happiness for your marriage!) in between.

Sahara Flow was a huge jump for me, because I produced and directed on a new level. I wanted to push myself and really push to bring very specific ideas to life. A lot of it is actually a blur. I was living in Jozi and doing med school of course, but location scouting and doing pre-production in Cape Town. I really enjoyed assembling that cast and crew and Sam Turpin and I worked on the ideas for about six months via email and one or two meetings before we finally got into production mid-2019. We released the project during the early days of the pandemic in 2020 which was also a strange time. In a lot of ways Sahara Flow gave me a lot of peace and hope during a very confusing period.

We made Sahara Flow entirely independently, and it felt so good. I’m so grateful that I’ve had the experience of working independent like this so early and being able to reap the reward of releasing something into the world knowing you put your whole heart into it and remained so true to yourself. I wouldn’t replace that for anything. I’m proud of and grateful for each person who made it happen because it really was a huge coming together of amazing talent and beautifully-hearted humans, as it always it.

Mamela was also such a beautiful growing point, Allison Swank, our producer, sent me the song about a month or so before we started, knowing that the song and story would align very well with me. I remember instantly loving it, I drove around playing it in my car the entire day envisioning scenes. Fast forward to having made it, again, it was a crazy time. I was on the middle of my final med school exams while trying to edit it to perfection. Yoza Mnyanda (our editor) was absolutely incredible and Bonolo Molefe did a most beautiful job in the grade.

Really that project was so inspiring to me — working with a team of really talented, powerful women who are just so GOOD at what they do. It’s such a satisfying feeling aligning so well like that. Allison is always my film fairy-god-sister and I felt very honoured to be given the space, trust and backing to bring my ideas to life. Mamela was actually the first time I’ve had an actual art department to work with as apposed to physically doing that myself too, and they did such a great job with my briefs. And after all that, ending 2020 marrying the love of my life/best friend was the best thing that has ever happened to me. It still feels like a dream to me. Marriage is truly the best and most precious thing. I feel profoundly lucky and blessed to be eternally united with a soul that inspires me so much every single day and who I get to adventure life with.

What place do you think artists (broadly speaking) have in society? Perhaps we don’t have much of a choice but to keep practicing, reflecting, playing and commenting in a way that illuminates these messages of humanness. What are your thoughts on this?

Art is as vital to humanities progress as science. Artists have an important responsibly to communicate, reflect, comment and express the urgent matters of our humanity and our time in a way that can affect us enough to do something. Sometimes that’s a very subtle inner change or realisation within a few peoples hearts that can cause major change and revolution in society.

We learn about our history and very nature through art. As much as science helps us become more effective mechanical beings, art helps us become more intuitive, conscious and (hopefully) sensitive humans being. A lot of my spiritual appreciation for the role of art is also inspired by the Bahá’í writings and principles, one of which is the complementary nature of art and science. So in short, the artist’s role is vital in recording, preserving and advancing our humanity.

What are some of the best ways/platforms to view your work?

At the moment, I’m working on getting a site up, but for now you can find me on: Instagram, Vimeo, YouTube, and Giant Films.