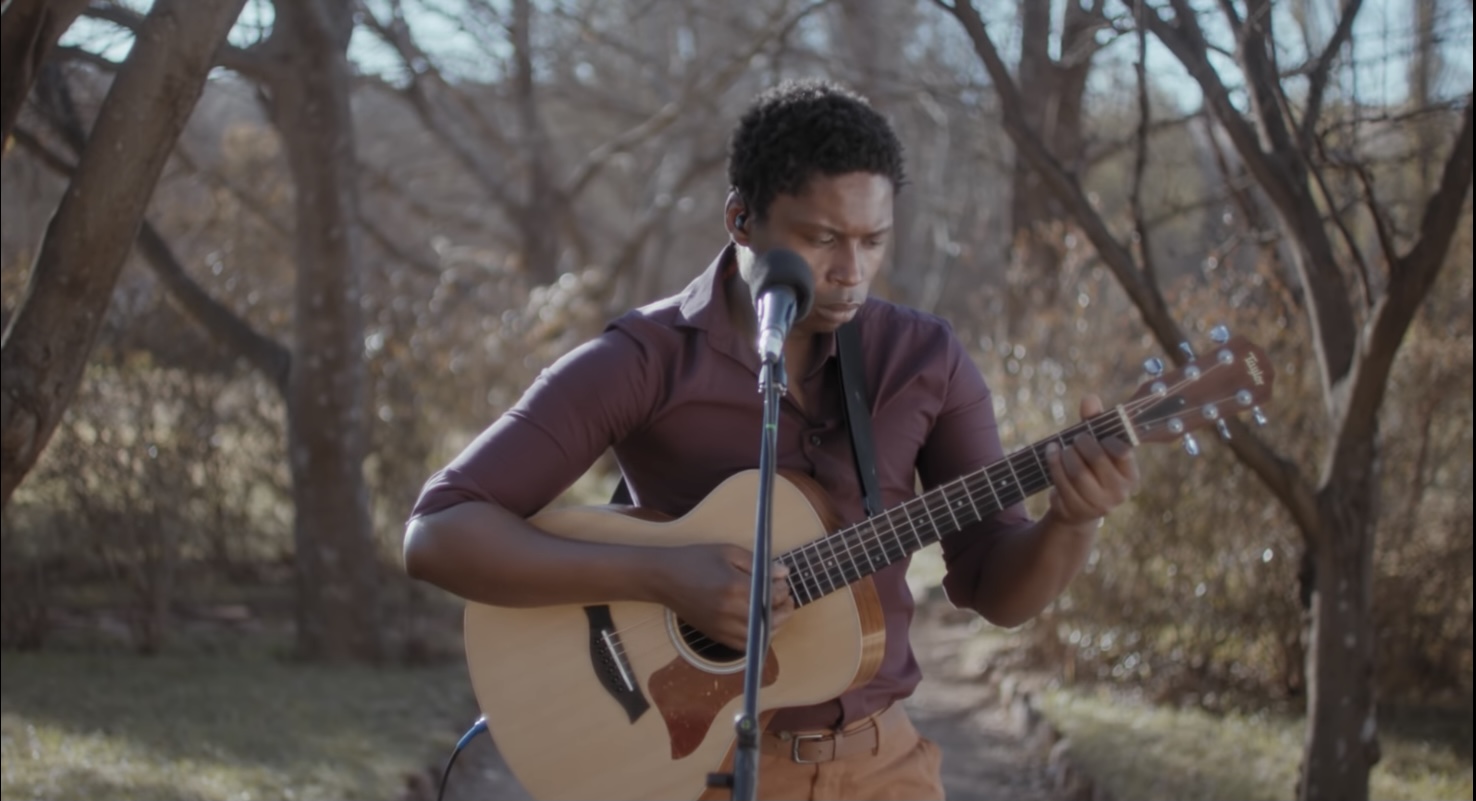 After the successful release of his highly-acclaimed album iimini in 2020, Afro-soul artist Bongeziwe Mabandla has now gone on to release visuals for ‘Masiziyekelele’ from the album. The gentle landscape of the well-known Nirox Sculpture Park, situated in the Cradle of Humankind, served as the backdrop for this soulful tune. The park’s arbours, walkways and hills have provided a hushed, exquisite context for the performance of one of Mabandla’s most affecting love songs.

Directed and edited by Tiago Correia-Paulo with Rick Joaquim as DOP, the visual enhances the central idea behind ‘Masiziyekelele’, which is a call for two lovers to let everything go and unite as one. The crunching of gravel underfoot as Mabandla performs and the sound of the abundant birdlife that inhabits Nirox helps elevate the lyrics of the song and create a mesmerising audio-visual experience.

“‘Masiziyekelele’ is one of my favourite songs from the album,” says Mabandla, who expands on how the video came to be: “At first, this was going to be a band performance, with everyone playing together from different locations. But because of the lockdown, it was decided to keep it as an acoustic. I found it very interesting to be playing in part with equipment plugged in. It gives a really different feeling.”

‘Masiziyekelele’ is the latest in a growing body of visual work accompanying Mabandla’s songs. Together with the likes of’Jikeleza‘,’Khangela‘and ‘Zange‘, it showcases the many ways in which the award-winning artist’s music can be presented. The visual for ‘Masiziyekelele’ is also the most recent manifestation of the artist’s collaborative work with both Correia-Paulo, who produced iimini, and the multi-award-winning Joaquim. The DOP shot Mabandla’s ‘Bawo Wam‘, which was nominated for Music Video of The Year at the 2019 South African Music Awards, together with ‘Jikeleza’.

Mabandla released his third album iimini in March 2020, which has racked up eight million streams and counting since. The album quickly reached number one on iTunes South Africa and also earned top 10 positions on iTunes’ R&B/Soul chart in France, Netherlands, Germany, Finland, Portugal, Spain, Switzerland, Austria, and Botswana, as well as top 100 positions in over 20 countries.

Over the past year, the 12-track album earned critical acclaim, has been included on a number of best-of-2020 lists – including American Songwriter – and earned notable praise from a number of Mabandla’s musical peers in the global artistic community.

Connect with @bongeziwemabandla on IG and read our interview with Mabandla marking the release of iimini last year.