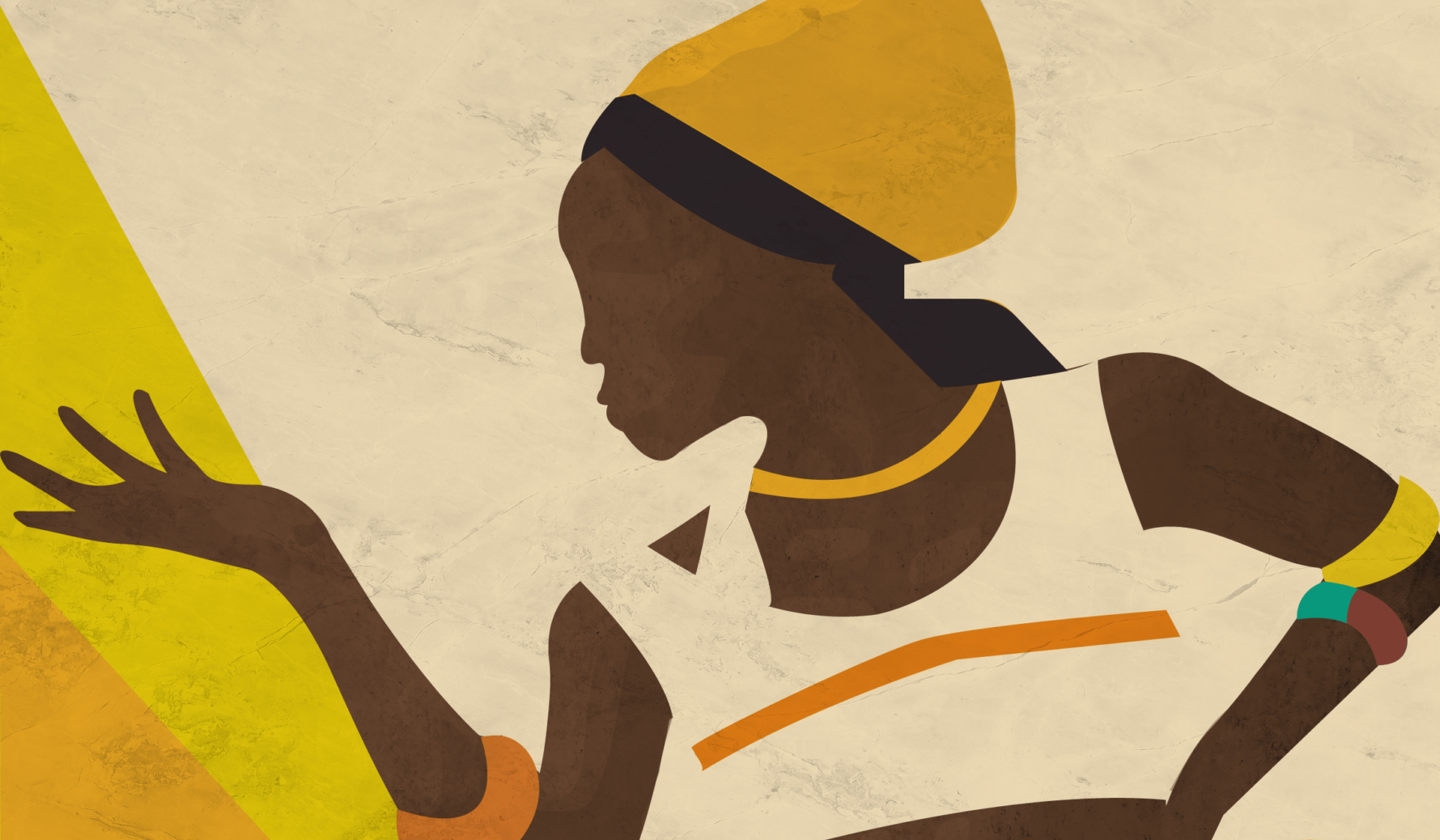 “My illustrations often reflect and amplify African experiences, whether it be on the continent or in the diaspora. It’s really important for me to create work that is positive and celebratory of what makes us unique,” says Pretoria-born fashion graduate turned digital artist and illustrator Kamo Frank. Her work focuses on the representation of African women in art and aims to emphasise the everyday lived experiences of Africans, as told by an African woman, void off any misinterpretation and dimming down. In her most recent series of work, Frank merges her passion for visually depicting African stories with her love for African music and the content’s iconic figures. We had a chat with her about the series and her work as a whole.

Tell us about your most recent work, which highlights African musicians and music in its entirety?

It’s extremely important for me to place emphasis on the portrayal of Africans and our everyday lived experiences in an enlightening and contemporary way. Highlighting iconic African musicians was just one of the ways in which I was able to convey that.

Why is this something you’ve chosen to highlight in your illustrations?

Music is such an incredible art in itself, particularly African music. I thought, what better way than to honour and pay homage to the true pioneers that paved the way for many of the sounds that we hear today and their long-lasting influences in the music that we listen to today?

What role does music, particularly that from the African content and diaspora, play in your creative practice?

I use music as a way to fuel my creative energy. Looking to other art forms for inspiration helps a ton as you’re forced to look through a completely different creative lens, and translate that energy into the visual arts – in my case, into an illustration.

Some of the musicians you included in this series of work include Lucky Dube, Brenda Fassie and Miriam Makeba. Tell us how you went about choosing these iconic stars?

I’d say many of us grew up listening to these musicians, among others, largely because of our parents and our grandparents. So naturally, I decided to take those memories and use them as inspiration. These are artists who also made a far-reaching impact that spanned across the globe. Their lives were also so important in the story of African music as they addressed many social injustices.

How would you describe your style of work to someone viewing it for the first time?

I’d say a lot of my illustrations focus on representation, so it’s important that they reflect actual lived experiences, but in a buoyant way.

Outside of music, where do you mostly draw inspiration from?

Through your work, what is it that you intend to invoke in viewers and what message do you aim to communicate?

Most of my pieces are celebratory in some way or the other. I want people, especially Africans, to feel like every part of their identity should be celebrated. Their history, their interests, their experiences, their memories, even what they feel is probably incredibly mundane, to be seen as magic and art, because our contribution to and influence in every part of society is not celebrated enough.