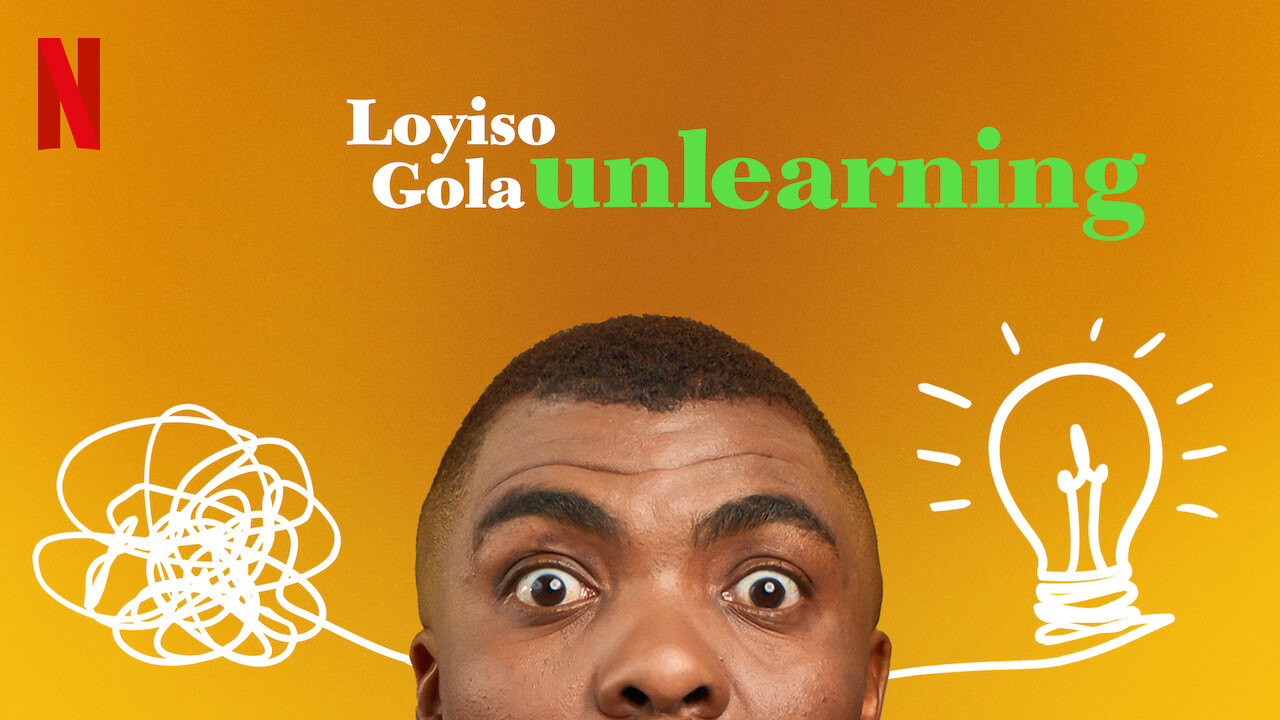 Now six years in the making, Gola first performed Unlearning at the Edinburg Fringe in 2017 and has subsequently travelled to London, Grahamstown and New York with the show. The Netflix special was filmed at the Zeitz MOCAA in the comedian’s hometown of Cape Town.

The 37-year-old of Late Nite News fame (the satirical series he co-created with fellow comedian Kagiso Lediga) has been doing comedy for 20 years. After performing a stand-up opening act for comedian Marc Lottering at his high school, Gola’s drama teacher introduced him to the Cape Comedy Collective when he was 17. He went on to job shadow comedians from the troupe and soon was regularly performing on stage with the group. In 2002, the same year that he matriculated, he won the Sprite Soul Comedy tour. By 2007 he had cemented his place in the comedy circuit, winning the Best Breakthrough Comedy Act South African Comedy Award for his one-man show Loyiso Gola for President.

In an interview with The Guardian to mark the release of Unlearning on Netflix, Gola compared it to a breakthrough album. “Sometimes you can feel the moment coming,” he said. “It’s about unpacking what we’ve learned growing up, viewing the world differently and not getting stuck in our own stereotypical mindsets.”