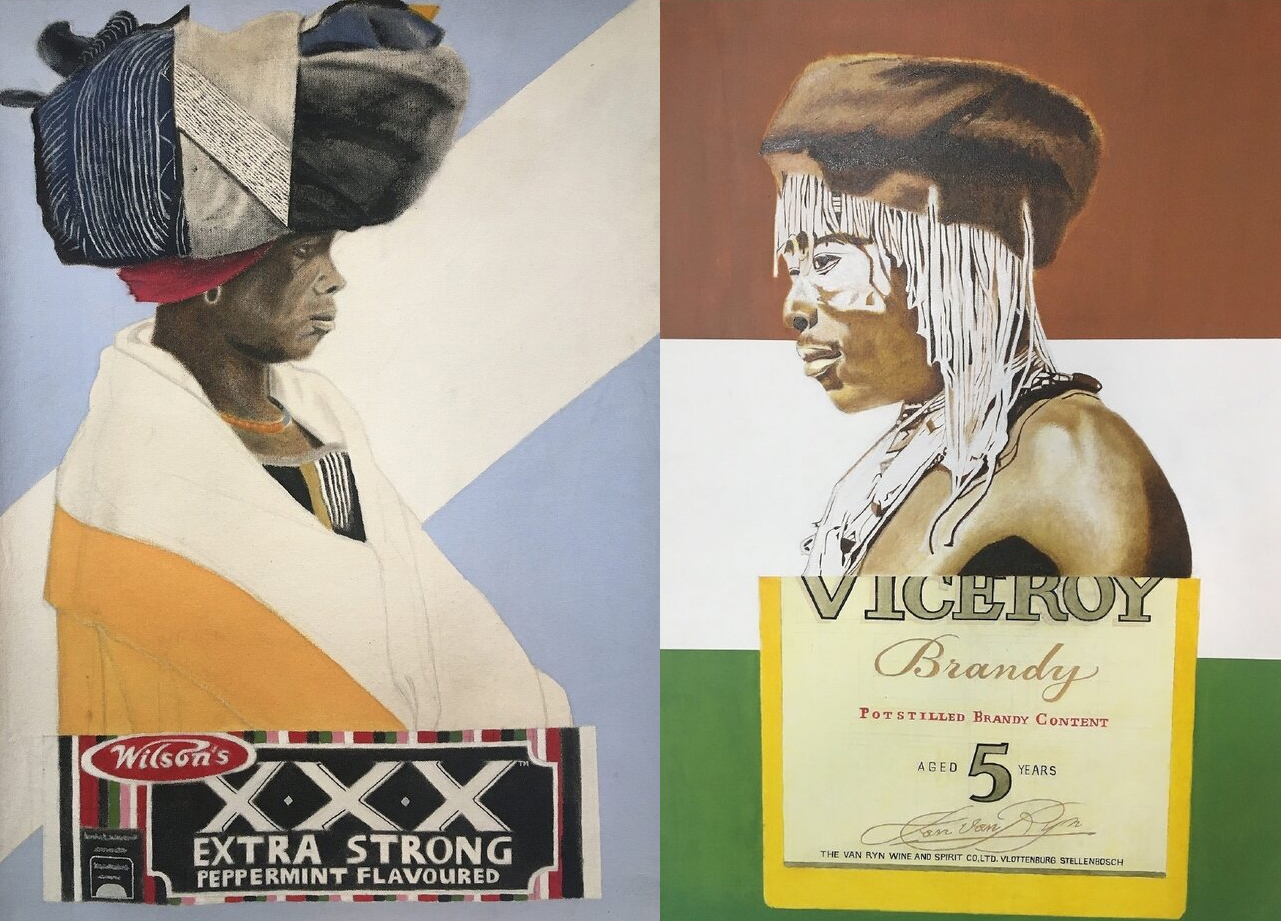 Songezo Zantsi is a Khayelitsha-born mixed media artist who critiques the Western influence in South African traditions, cultures and our approach to nation building. Currently working towards a solo body of work, as well as developing his street art skills and production assisting with Goldbottom Africa, he’s a force of creative energy – asking meaningful questions and working towards answering them, largely though the language of art.

You’ve been on an impressive journey through various creative institutions and collaborative networks. What have been some of your favorite moments throughout your career so far?

It’s hard to pick which because they vary depending on the creative space I’m in. For example, when I’m installing artworks at a museum or a gallery of an artist I admire, or when I’m showing collaborative work at Design Indaba. In fact, even creating paintings or installations that get to be appreciated by the people I look up to, could be counted as favorite moments.

Tell us a bit about the story behind the artworks. In your installations you use various signifiers of local living, including archival photographs and well-known symbols like Boxer, Castle, Lion Matches, King Corn on ukhukho (grass mat). What are you hoping to communicate to your viewers?

The intention of the exhibition is to raise questions, open discussions and provide answers. The question raised by this exhibition is about African culture and its traditions. How colonisation has destroyed our traditional practices and let us misinterpret and be misinformed about our own identity, letting us glorify and assimilate to their ways.

The cultural aspect of this exhibition are the flags depicted behind the figures raising questions of how we are going to dismantle this racial segregation which is still entrenched in our precolonial and post colonial African people that live here, especially in Bantustans Transkei and Ciskei, which still today are segregating one another by these Bantustans. The discussion is about the Bantustans that are still named after colonisers, how long are we going to treasure these demoralising histories that African people still live under Why don’t we search back in precolonial era what these lands were called or name the lands after leaders that liberated their people during the colonial era?

I see that the way to answering these questions would be by discussing what we are faced with and how we can claim our true identity – not only as Africans in Africa, but also as Africans in the diaspora. The solution has been in progress for some time but not on a national level, protests for the removal of coloniser statues were a start but that mobilisation lost its power. And that was but one of the ways to look at the removal of colonisation and white supremacy.

What I’m communicating to the viewer about the work is to question their social behaviour and traditions, customs, rituals and beliefs on how they’re formed and carried out throughout generations. And to find solutions out of these questions.

Linked to the above question, when conceptualising for an artwork or installation, where or who do you draw inspiration from?

How and where I draw inspiration is from the culture – as in social behavior and norms, traditions, rituals, customs and beliefs found in our different ethnic groups. From that inspiration I try to highlight the issues faced by these societies and try find solutions in my own visual language.

What are some of the things exciting you about the year ahead, or what is in the pipeline for you looking forward?

I’m currently working on my solo body of work. In the pipeline I’m looking forward to going back to the streets and continue to do street art.

What does it mean to you to make African art and be a participant and contributor to the contemporary South African art scene?

It’s amazing because it’s a great contribution to a continent that is reclaiming its true identity in many aspects. It’s also amazing being in involved in conversations of nation building through visual language.

Songezo Zantsi is currently part of a group exhibition with the Association For Visual Arts (AVA) Gallery called Identity, showing in the Mezzanine Gallery until 15 April 2021.