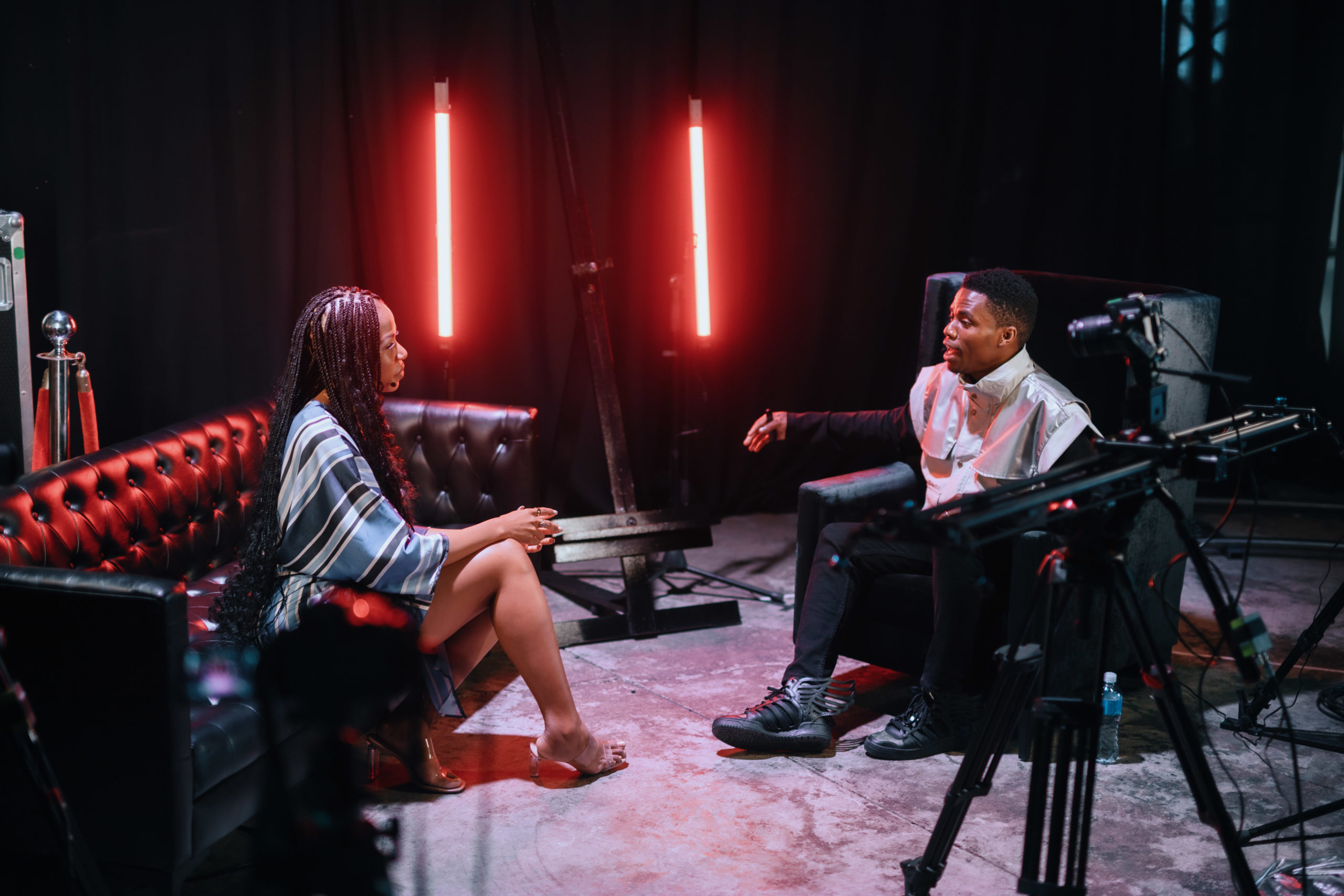 Making waves on the broadcasting and music scene since his 2009 campus radio days, Smash Afrika is hosting one of the most exciting virtual festivals to date: Vuse Inspired Live. Hosting in the collabs Cube of Inspiration, he’s showcasing DJ and choreographer Courtnae Paul, artist Neo Mahlangu and musician Pierre Johnson.

Outside of the commercial realm, Smash Afrika is an entertainer, designer and creative collaborator. He’s worked on #MassiveMusicSA @mzansimagic and #LiveatNight on @5FM to name a few. He brings the contagious energy from the stage to your screens. For episodes to come, Smash Afrika says “for those who register, it’s so simple, you’re signing up for inspiration”. It’ll leave you wanting more.

Vuse Inspired Live is a ‘never-been-done-before’ format of up to 40 artists across music, fashion, art and travel, all collaborating to produce something unique and inspiring. Smash Afrika shared with us that this experience was unique because virtual festivals are on the pulse, and sensitive to the current global climate. It couldn’t be more a more relevant way to consume media and get inspiration from your favourite local artists. They’ve reinvented the nature of events by giving artists a platform to showcase their creativity whilst creating an engaging connection with their audiences in a meaningful and innovative way. It’s a first for the category, and for SA’s entertainment industry.

Smash Afrika told us that it not only allows you to get into the mind of the artist, but also hear how to get up when it’s tough and what keeps them going. The indie artist and one-man band, Pierre Johnson, was in his element in the cube. When speaking to Courtnae Paul, she tells the story of many, and it’s a story of resilience. Neo Mahlangu, the first person to put a women’s face of South African R2 coin (or any rands for that matter) transitioned from a BSC Degree. Smash said she inspires us to not “sleep on your creative talent. It’s never too late to do the switch”. Furthermore, Smash said being a part of Vuse Inspired Live feels like you’re on the tip of something big, and we couldn’t agree more.

Smash Afrika simply can’t fake the energy and leaves his audience with a feeling of living inspired. He is certainly a force to be reckoned with, and one of the many talented people to watch. The next Vuse Inspired Live episode will broadcast on Wednesday 9th June at 7pm.

It’s free to view for people 18 and older, but you’ll need to register at VuseInspiredLive.com.