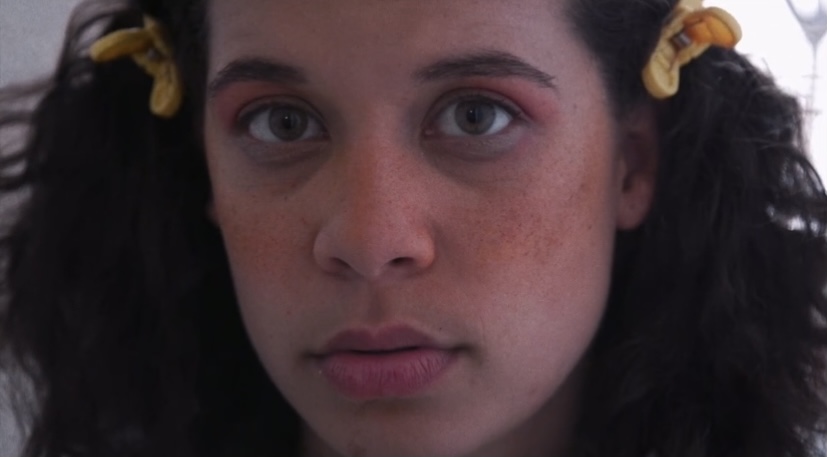 08 Jun ‘The Moment of Dying’: A Short Film by Kanya Viljoen & Liese Kuhn

The Moment of Dying starts as soon as the fish is removed from the water; it’s not fast, it’s not instant, it takes time to die.

Five women find themselves in a public bathroom in Cape Town. Some occupy the stalls while others wait to use it. In a shared moment, thoughts start to emerge within the women about the ‘otherness’ found within our own bodies. This experimental short film seeks to question the notion around how we ‘wear’ our bodies and how women stand in relation to other as well as their own skin.

“This film emerged from something quite instinctually felt and known. We know how at odds it feels to move through the world, how strange it is to look at oneself, the very body of ourselves. I think the writing came from that space and so too did the film. So the creation of it was easy in the sense that I deeply knew which spaces, images, gestures and objects ‘lives’ within this feeling,” shares director and writer, Kanya Viljoen.

“I am also so fortunate to have a group of friends and creatives that are willing to explore and play with the ideas and concepts I am interested in. That’s honestly how it happened. There was this piece I had written and both Liese, the DOP, and I could see it translate to film. So I called a bunch of friends, shared the idea with them and on a Thursday morning we all brought pieces from our wardrobe and filmed it. I honestly never thought it would be shared with audiences around the world, partly because the creative process in and of itself felt so rewarding, and so ‘enough’, to start with,” Viljoen adds.

Kanya Viljoen is a writer, director, theatre and film maker from Cape Town. As an Andrew W Mellon scholar, Kanya has just completed her a Practice as Research Masters in Theatre-Making as part of the Re-Imagine the Tragedy from the Global South project at the University of Cape Town. Her work has a strong interest in creating dialogues around language, identity and belonging within a multi-fragmented society.