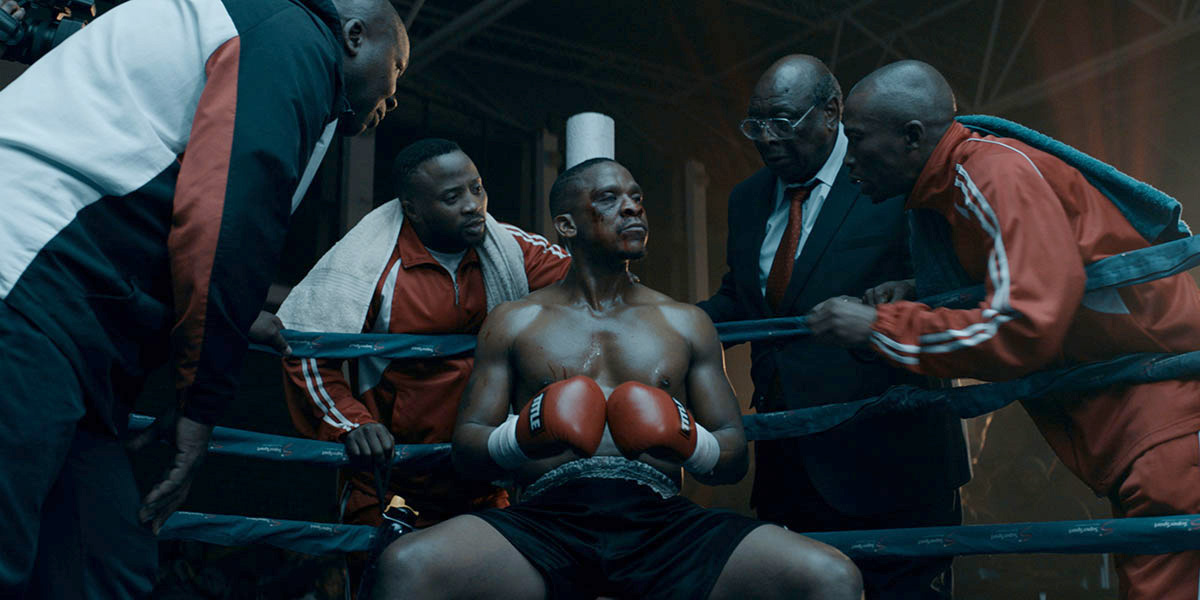 We’ve reached the middle of Youth Month, with today being one of the most memorable days in South African history. In previous years, communities would celebrate this day as a collective, however, due to the Covid-19 outbreak, we are unable to do so. Although this element has been somewhat lost, we’re exploring different ways in which we can rekindle this sense of togetherness and gain human connection again… through film.

Films are not only a source of entertainment; they also serve as a form of education and communication. There is a quiet intimacy in knowing that your day-to-day life is being reflected in a film. With this in mind and in celebration of Youth Month, we’ve compiled a list of five proudly South African films that you can watch during this month.

Knuckle City is a crime sports film written and directed Jahmil X.T. Qubeka. This film challenges the traditional notions of masculinity and exposes how destructive certain notions of masculinity can be. This film is set in the township of Mdantsane. Its beautiful cinematography has captured the hearts of many people as it was screened in the Contemporary World Cinema section at the 2019 Toronto International Film Festival. Knuckle City was selected as a South African entry for the Best International Feature at the 92nd Academy Awards.

2. Losing Lerato is touching and moving South African film. It centres a man, Thami who is desperate to be in his daughter’s life; he ultimately kidnaps her and finds himself in a high-stake hostage situation. ‘Losing Lerato’scooped six international awards in California. The film itself also scored the Golden Era Humanitarian Narrative award and Best Original Score. Losing Lerato stamped its domination at the festival by also claiming the Festival Favourite award.

3. The Letter Reader is a moving local film about a 12-year-old boy named Siyabonga who is sent to live with his grandmother in a village in KwaZulu-Natal. He finds his place in the community by reading letters to the villagers. The Letter Reader has won a Golden Horn for the Best Short Film and Efere Ozako Award for Best Short film.

4. The Back of The Moon is 1958 and Sophia towngangster Badman prepares to fight to the death against police who plan to relocate his community to a township 15km outside the city. But his plans change when he encounters singer Eve Msomi. This film is directed by Angus Gibson a brilliant South African director who has directed several hard-hitting South African productions. This film was nominated for a Golden Horn Award for Best Achievement in Costume Design in a Feature Film, and a Golden Horn Award for Best Achievement in Original Score in a Feature film.

5. Emoyeni is a mini-series that deals with magical realism in a South African context, each episode has a new story and cast. This show was produced, directed, and written by a female only crew.  Emoyeni has won multiple Golden Horn Awards, including Best Actor in a TV Drama.