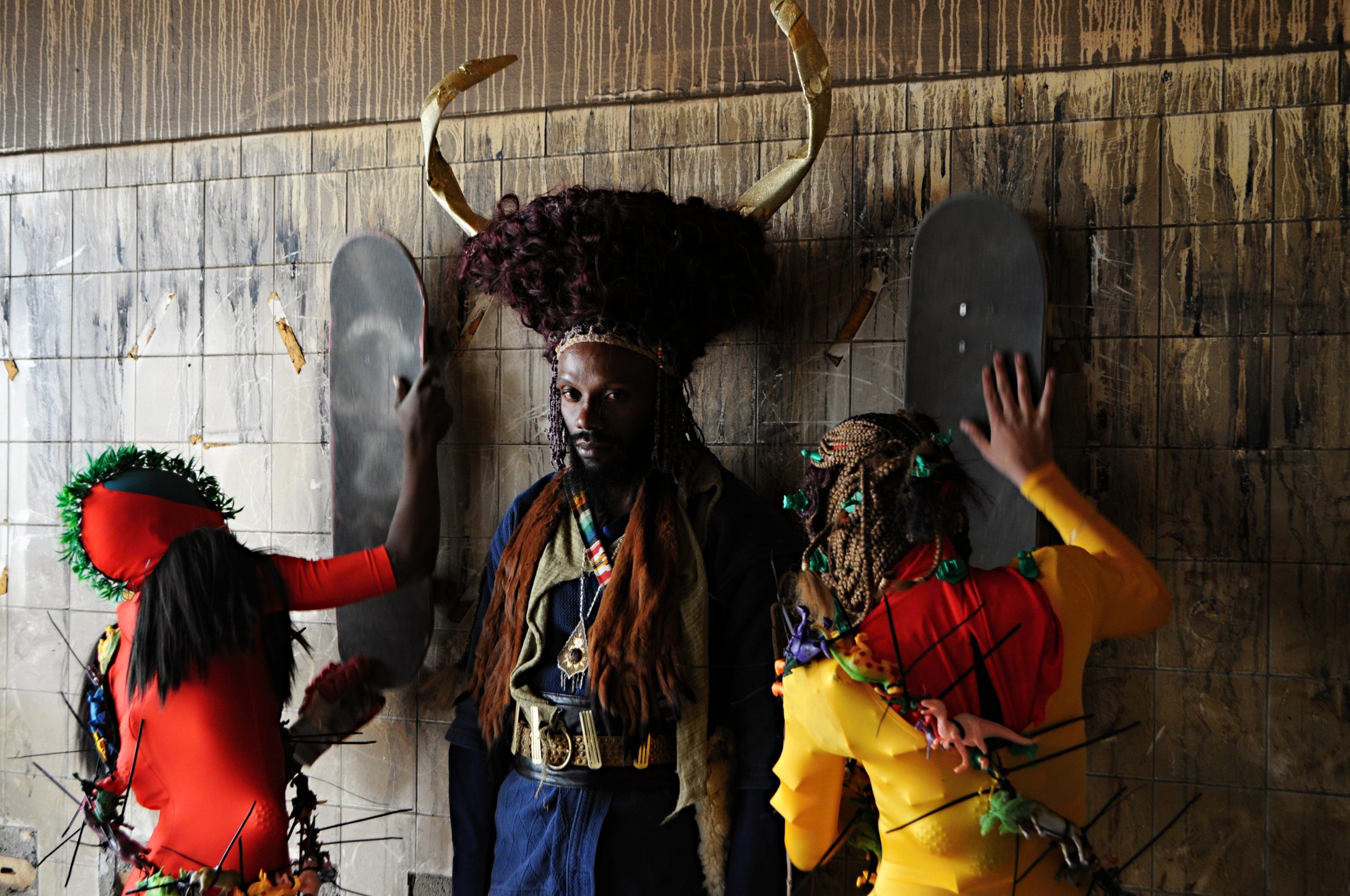 Far Higher – an audio-visual experience by Johannesburg based artist Ruzza Wazzi intersecting music, skateboarding and film is due to be released on 6 August 2021 to celebrate the acceptance of skateboarding as an Olympic sport.

Skateboarding as a sport has two main disciplines: park skating and street skating. In park skating, skateboarders compete on a course that resembles a fishbowl. Skaters launch themselves off the near-vertical sides of the walls in 45-second runs to perform tricks vs street skateboarding which takes place on a street-like course that includes handrails, curbs, benches, walls, and slopes.

When asked about his passion for the sport, he had this to say; skating taught me that learning how to fall is crucial. Success is one thing, but I have learned the most from failing. Ruzza wrote and directed Far Higher himself, taking inspiration from the city he knows intimately. The video, set in an abandoned building in downtown Johannesburg – Hillbrow- provides a peek into his psyche and its relationship with people, places and identities.

Far Higher draws from Ruzza’s background as an educator at Skateistan, an international award-winning non-profit organisation that uses skateboarding as a tool of empowerment for underprivileged Black students. His music career began in 2010 where he managed a mega record store named Look and Listen. Influenced by imported CDs, he began experimenting with his recordings and carving out a unique lane by integrating vocals to cinematic music linking colourful visuals with skateboarding culture.

Keep up with Ruzza Wazzi: